ANTI-virus pioneer John McAfee has been charged over a $13million cryptocurrency "scam" after allegedly luring victims on Twitter.

The McAfee Associates founder was hit with a slew of charges, including money laundering and fraud, in Manhattan federal court on Friday. 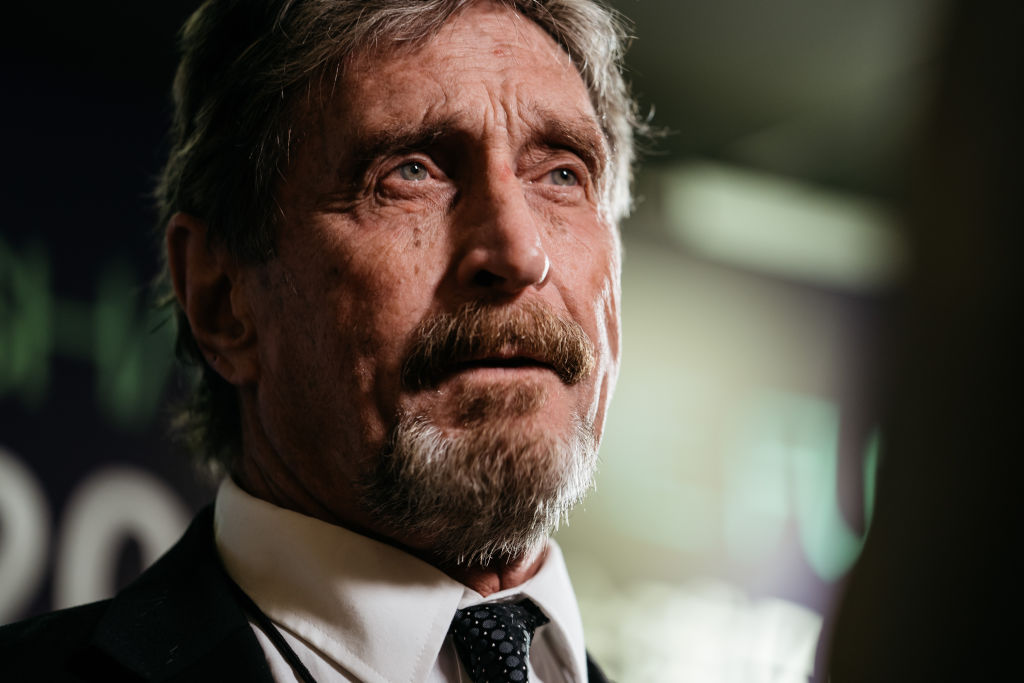 The charges stem from two schemes concerning the fraudulent promotion to investors of cryptocurrencies, the US Department of Justice said.

McAfee and his bodyguard Jimmy Gale Watson Jr were charged for a scheme to exploit McAfee's large Twitter following by publicly touting cryptocurrency offerings and digital tokens that they later sold once prices rose on the promotions, according to the US Department of Justice and the US Commodity Futures Trading Commission.

Manhattan US Attorney Audrey Strauss said that McAfee, 75, Watson, 40, and other members of the "cryptocurrency team" allegedly gained more than $13million from investors "they victimized with their fraudulent schemes."

McAfee is being detained in Spain on separate criminal charges filed by the Justice Department's tax division, the department said.

Neither could be reached immediately by Reuters for comment. 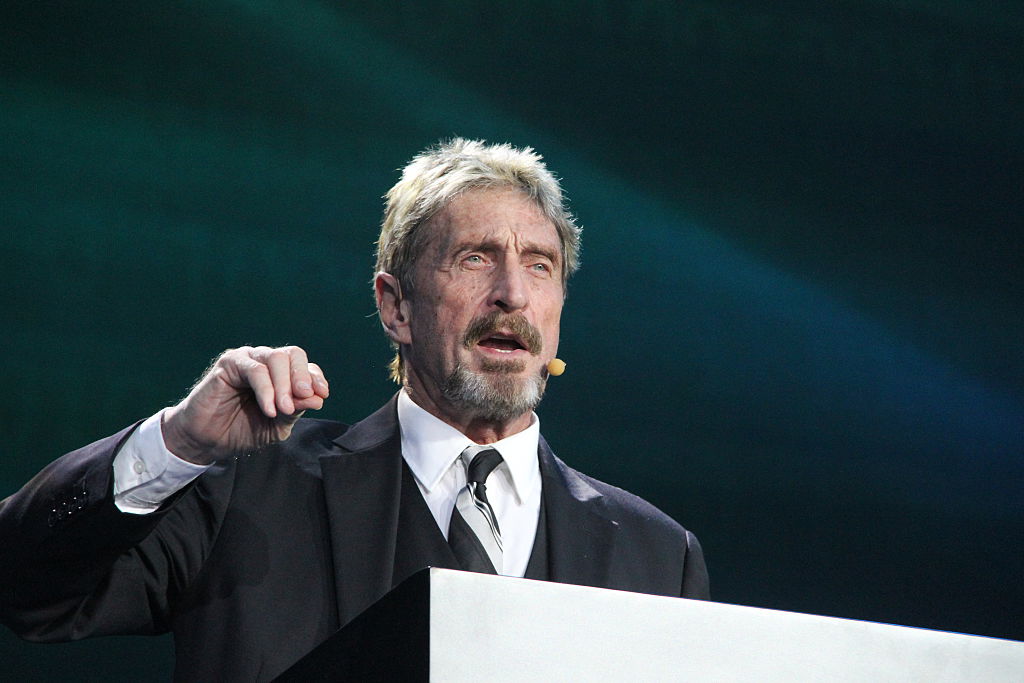 Strauss said: "As alleged, McAfee and Watson exploited a widely used social media platform and enthusiasm among investors in the emerging cryptocurrency market to make millions through lies and deception."

He added: "The defendants allegedly used McAfee’s Twitter account to publish messages to hundreds of thousands of his Twitter followers touting various cryptocurrencies through false and misleading statements to conceal their true, self-interested motives."

"Additionally, they allegedly used the same social media platform to promote the sale of digital tokens on behalf of ICO issuers without disclosing to investors the compensation they were receiving to tout these securities on behalf of the ICO," Sweeney Jr said. 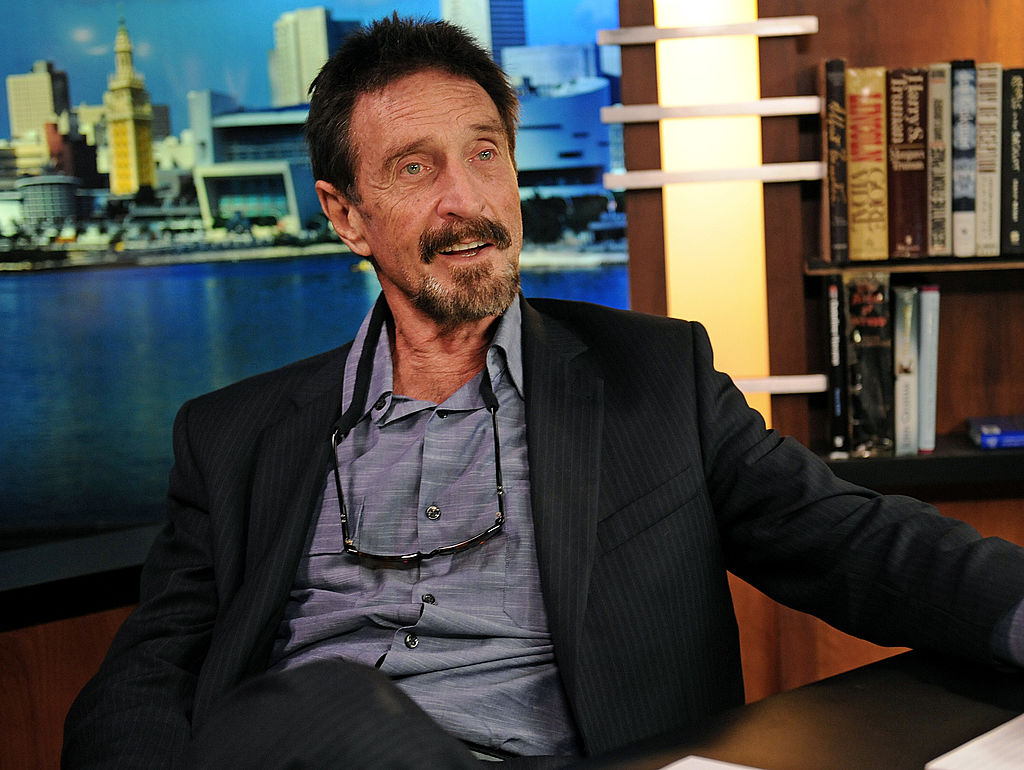 If convicted, McAfee faces up to 60 years in prison.

Last year, McAfee admitted that claims he was arrested in Norway for wearing a thong instead of a coronavirus mask were a hoax.

McAfee tweeted in August that he had been detained after refusing to remove the underwear for his "health's sake."

Photos later showed him wearing a thong on his face and talking to a police officer in what appeared to be an airport terminal.

"My Coronavirus mask is the problem," he wrote.

"I am insisting it is the safest available and I'm refusing to wear anything else — for my health's sake. Authority!?!?!?!?" 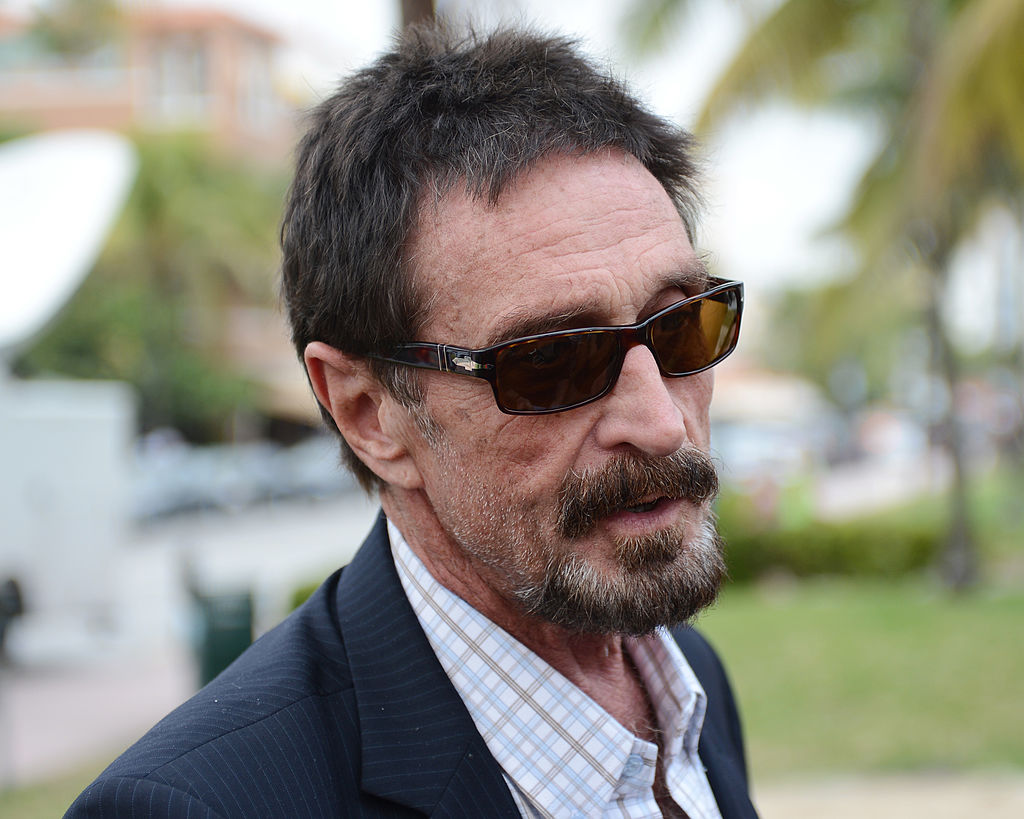 But he has now said the photos were in fact taken in Germany, where local police have said he was never arrested.

Taking to Twitter, McAfee wrote: "Though the police uniforms in the photos clearly showed "Polizei" (German, not Norwegian – therefore Germany, Switzerland, Bavaria or Austria), many news outlets reported "Norway" as the location of my arrest.