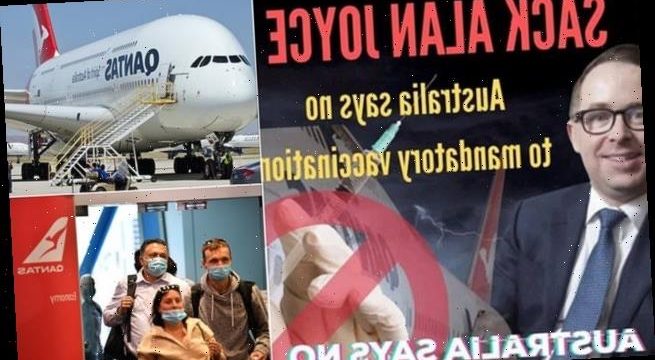 Anti-vaxxers have turned on Qantas after the airline announced passengers will be banned from international flights unless they get the COVID-19 jab.

Tens of thousands of conspiracy theorists encouraged their Facebook followers to vote on online polls to say they would abandon travel plans instead of being immunised.

An A Current Affair poll titled ‘will you take the vaccine to travel internationally?’ was taken over by responses from anti-vaxxer groups, with 88 per cent saying they wouldn’t fly overseas with the airline.

‘From 72 per cent NO a few hours ago to 88 per cent! Take note Scott Morrison and Qantas,’ a post on Reignite Democracy Australia said. 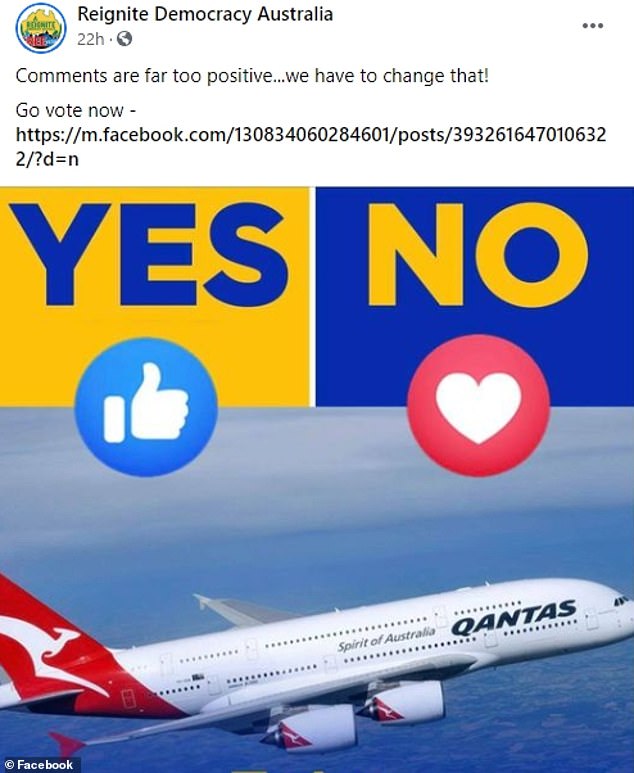 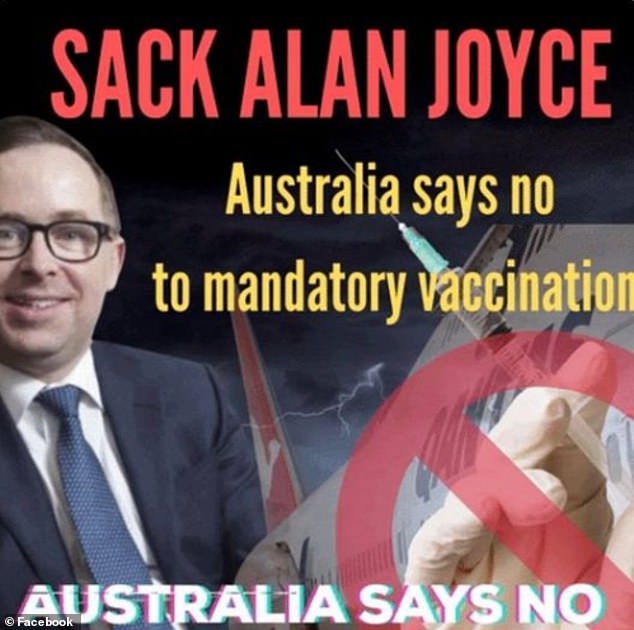 The uproar from anti-vaxxers comes after Qantas CEO Alan Joyce international passengers would need to be vaccinated against COVID. Pictured: A post on an anti-vaxxer Facebook page 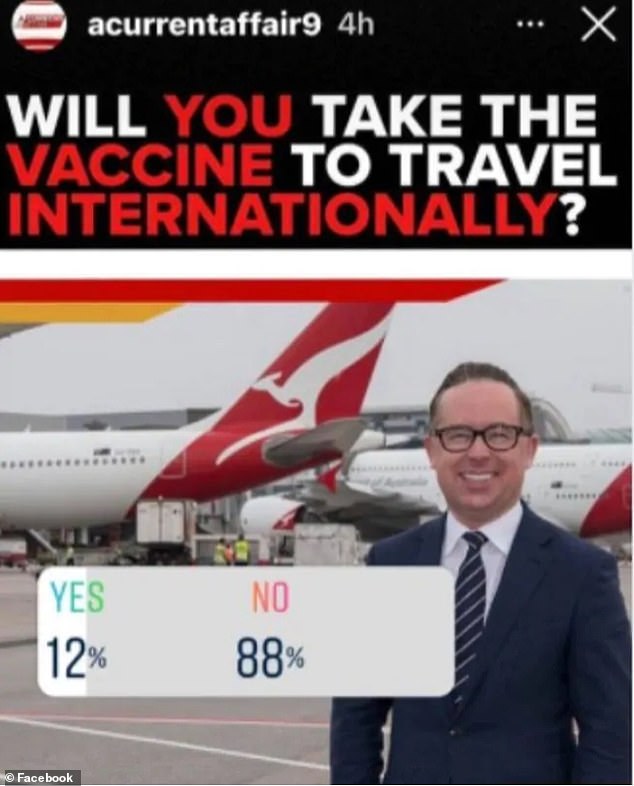 A Current Affair poll called ‘will you take the vaccine to travel internationally?’ was taken over by responses from anti-vaxxer groups, with 88 per cent saying they wouldn’t fly overseas with the airline

‘They can stick their vaccines up their cracks,’ one man commented on the post.

‘Why the hell would you want to be vaccinated for a virus that has a 99 per cent survival rate,’ said another.

‘Absolutely never fly Qantas again unless that CEO changes his stance on no vaccine no fly,’ a third wrote.

Qantas CEO Alan Joyce on Monday announced the Australian carrier would implement the measure once a coronavirus vaccine was made available.

He predicted the rule would become standard practice around the world as governments and airlines consider introducing electronic vaccination passports.

Mr Joyce said: ‘We are looking at changing our terms and conditions to say for international travellers that we will ask people to have a vaccination before they can get on the aircraft. 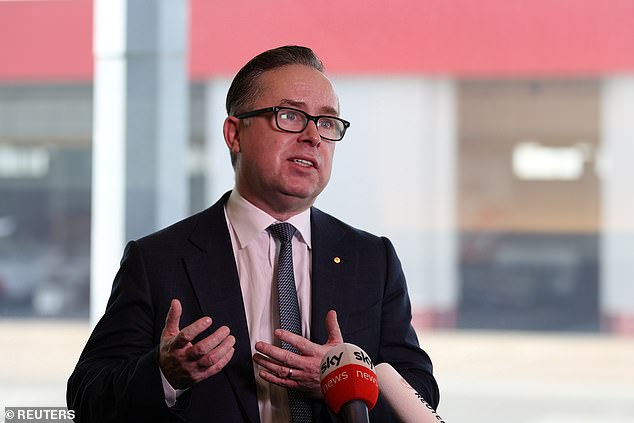 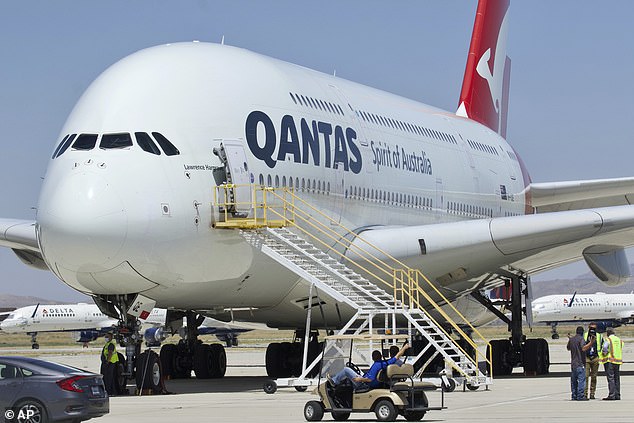 Passengers will need to be vaccinated against Covid-19 to fly with Australia’s Qantas, the first major airline to suggest rules that could become common across the industry

Other major airlines said it was too early to comment on what travel requirements might be when a vaccine becomes widely available.

‘We don’t have any concrete plans to announce at this point on the vaccine as it is still in development and will take time to distribute,’ a Korean Air representative said.

Japan Airlines similarly said it had ‘no plans to require international travellers to have a vaccination’ and is for now asking ‘passengers to follow rules of their destinations, such as taking tests’.

Singapore now requires incoming travellers over the age of 12 to wear electronic monitoring devices if they’re not staying in a dedicated quarantine facility, while Hong Kong has a similar policy.

Papua New Guinea recently made ankle bracelets mandatory for international workers arriving into the country on designated charter flights, which must be worn while they’re in two weeks quarantine.

Vaccination entry requirements are already widely used around the world, with many countries demanding travellers show they have been inoculated against yellow fever if they are coming from regions where the disease is endemic. 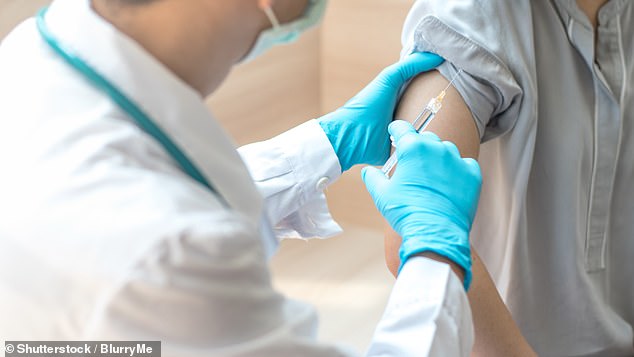 Vaccination entry requirements are already widely used around the world, with many countries demanding travellers show they have been inoculated against yellow fever

The International Air Transport Association (IATA) announced it was in the ‘final stages’ of developing a digital health pass that it says can be used to record Covid-19 tests or vaccinations and will ‘support the safe reopening of borders’.

‘We are bringing this to market in the coming months to also meet the needs of the various travel bubbles and public health corridors that are starting operation,’ IATA director general and CEO Alexandre de Juniac said.

Australia’s borders have effectively been closed since March to curb the spread of novel coronavirus, which has already claimed more than a million lives worldwide.

The country has even limited the numbers of its own citizens allowed to return each week, leaving tens of thousands of Australians stranded overseas.

The global airline industry has come under huge pressure from restrictions aimed at slowing the spread of the virus.

Qantas has grounded more than 200 planes and laid off 8,500 staff as it attempts to offset a $1.9billion loss caused by the collapse in demand for air travel. 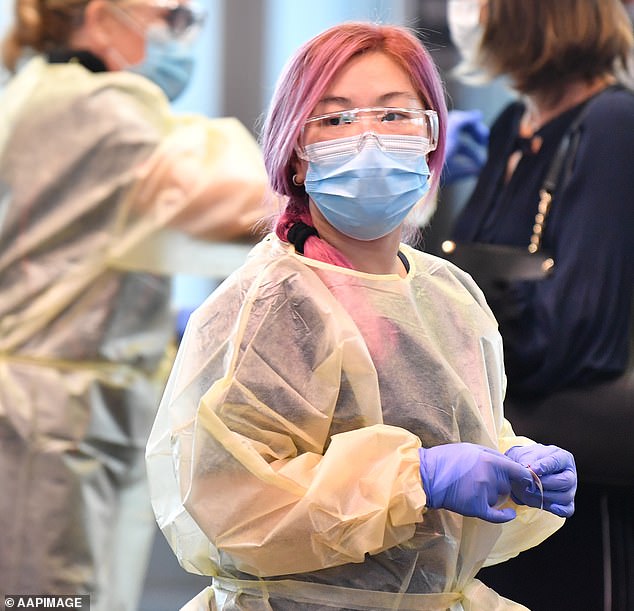 Pre and in-flight tests are set to become the new norm for travellers. Pictured is a healthcare worker at Sydney Airport on Monday after border restrictions between NSW and Victoria were lifted 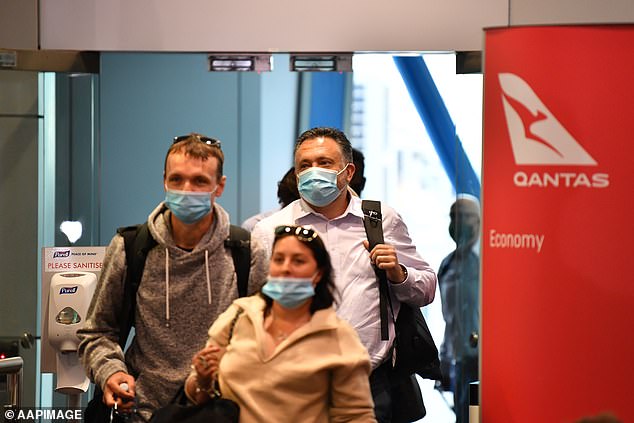 A slew of other carriers have collapsed because of the pandemic, including Virgin Australia, Chilean-Brazilian airline LATAM and Britain’s Flybe.

IATA said in October that after a predicted 66-percent drop in global air traffic this year, airlines’ revenues are expected to be down by 46 percent in 2021 compared to 2019.

Prime Minister Scott Morrison has said Australia is seeking to create ‘travel bubbles’ with other countries that have curbed the spread of the virus.

But the country is unlikely to fully reopen to international travellers until a vaccine is widely available.

The government also signalled in its recently released Covid-19 vaccination policy that Australia and other nations may introduce proof of inoculation as a condition of entry.

Australia has been relatively successful in containing the coronavirus, recording just over 27,800 cases and 907 deaths since the pandemic began.

Why vaccines are important

All diseases we vaccinate against can cause serious ongoing health conditions, and sometimes death. Immunisation is a safe and effective way of protecting you and your child against these diseases.

We are now able to prevent a larger number of serious and life threatening infections. Some vaccines that were previously given as separate injections are now combined, reducing the number of needles needed, while protecting against more diseases.

Immunisation protects more than you and your child from serious diseases.

When you get immunised, you protect yourself as well as helping to protect the whole community. When enough people in the community get immunised, it is more difficult for these diseases to spread. This helps to protect people who are at more risk of getting the disease, including unvaccinated members of the community. This means that even those who are too young or too sick to be vaccinated will not encounter the disease. We call this ‘herd immunity’ and it can save lives.

If enough people in the community get immunised against a disease, the infection can no longer spread from person to person. The disease can die out altogether. For example, smallpox was eradicated in 1980 after a vaccination campaign led by the World Health Organization.

A similar campaign by the Global Polio Eradication Initiative has succeeded in reducing the number of polio cases. There are now only a few cases remaining in the developing world.

In March 2014, the World Health Organization (WHO) declared that measles was eliminated in Australia. In October 2018, the WHO verified that Australia had also eliminated rubella. The National Immunisation Program played an essential role in this achievement by ensuring high levels of vaccination coverage for rubella.

But it is still important to maintain high levels of vaccination against measles and rubella. They can still come to Australia by travellers from countries where the disease is common.