ANTI-LOCKDOWN protesters chanted "take off your mask" during a march against Covid lockdown restrictions in Manchester today.

Some demonstrators clashed with police as hundreds marched through the city centre today – just days after England was plunged into a second national lockdown. 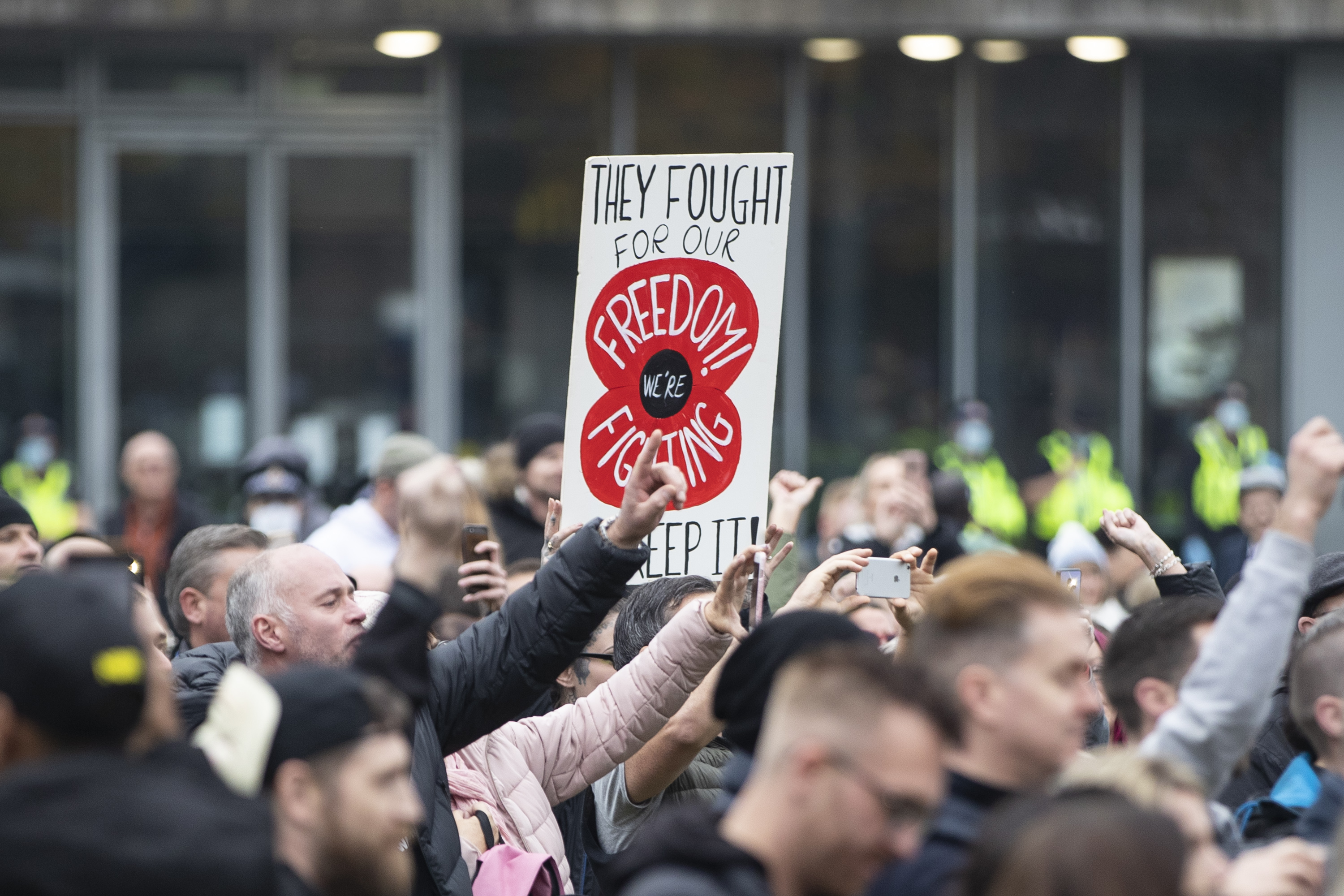 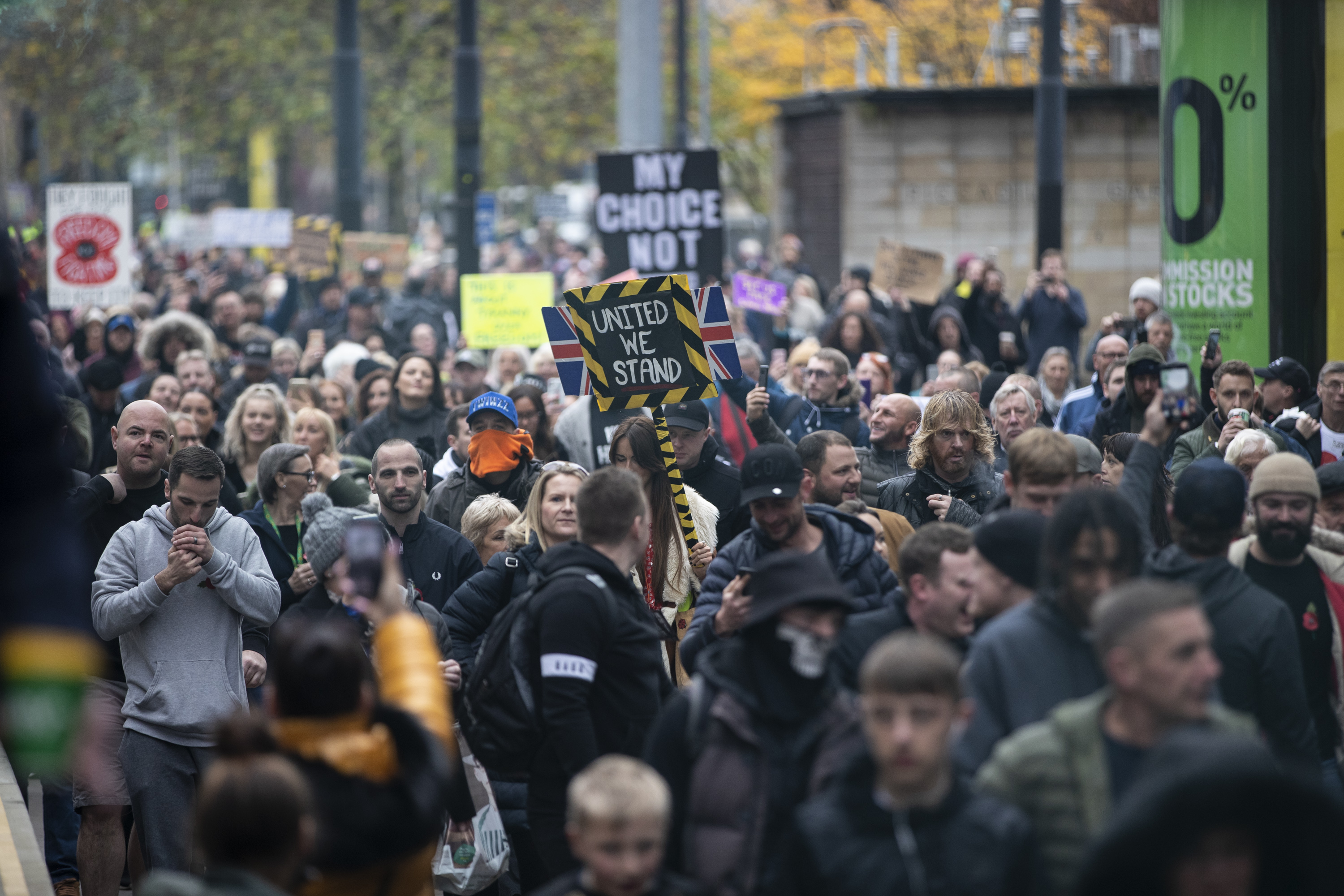 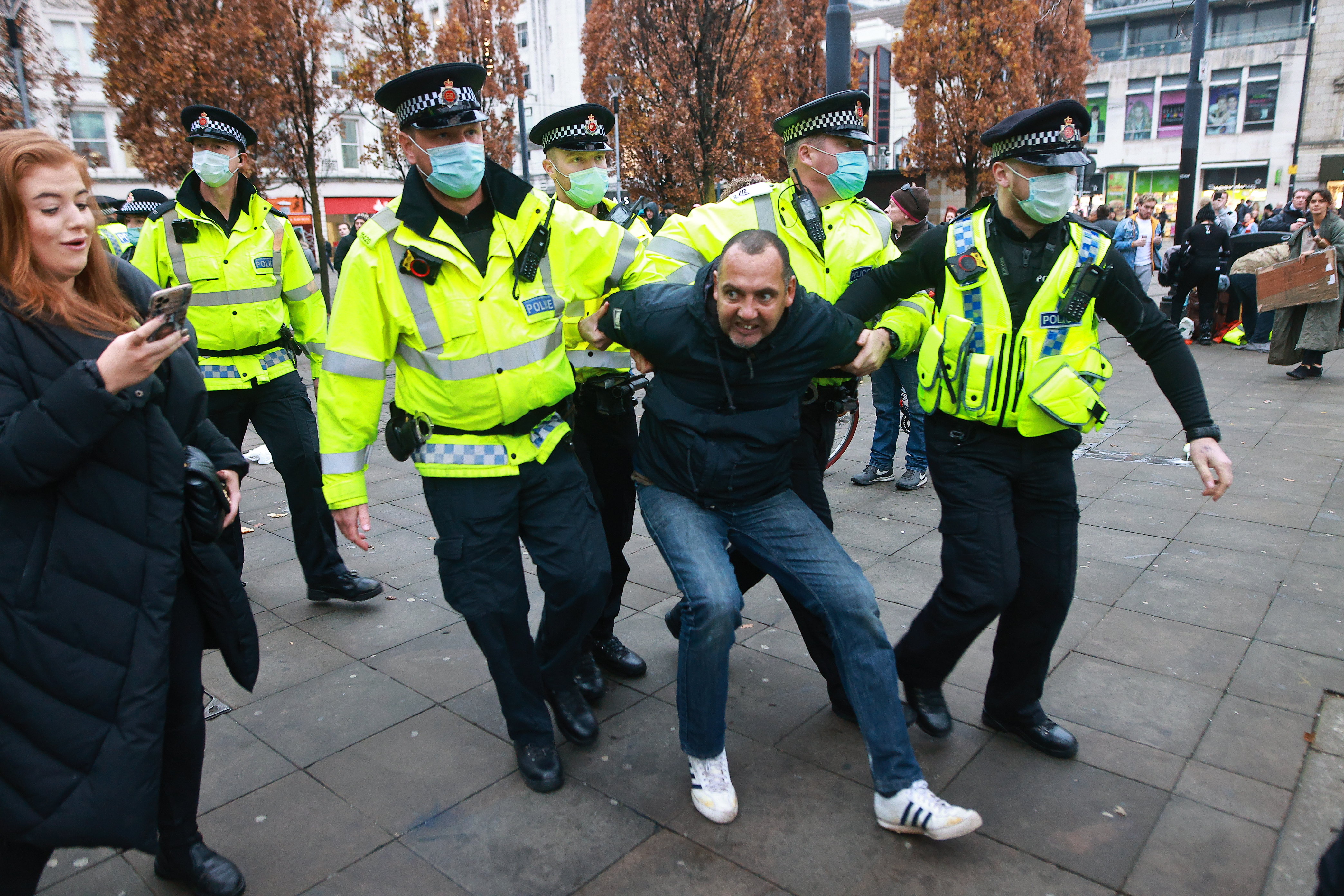 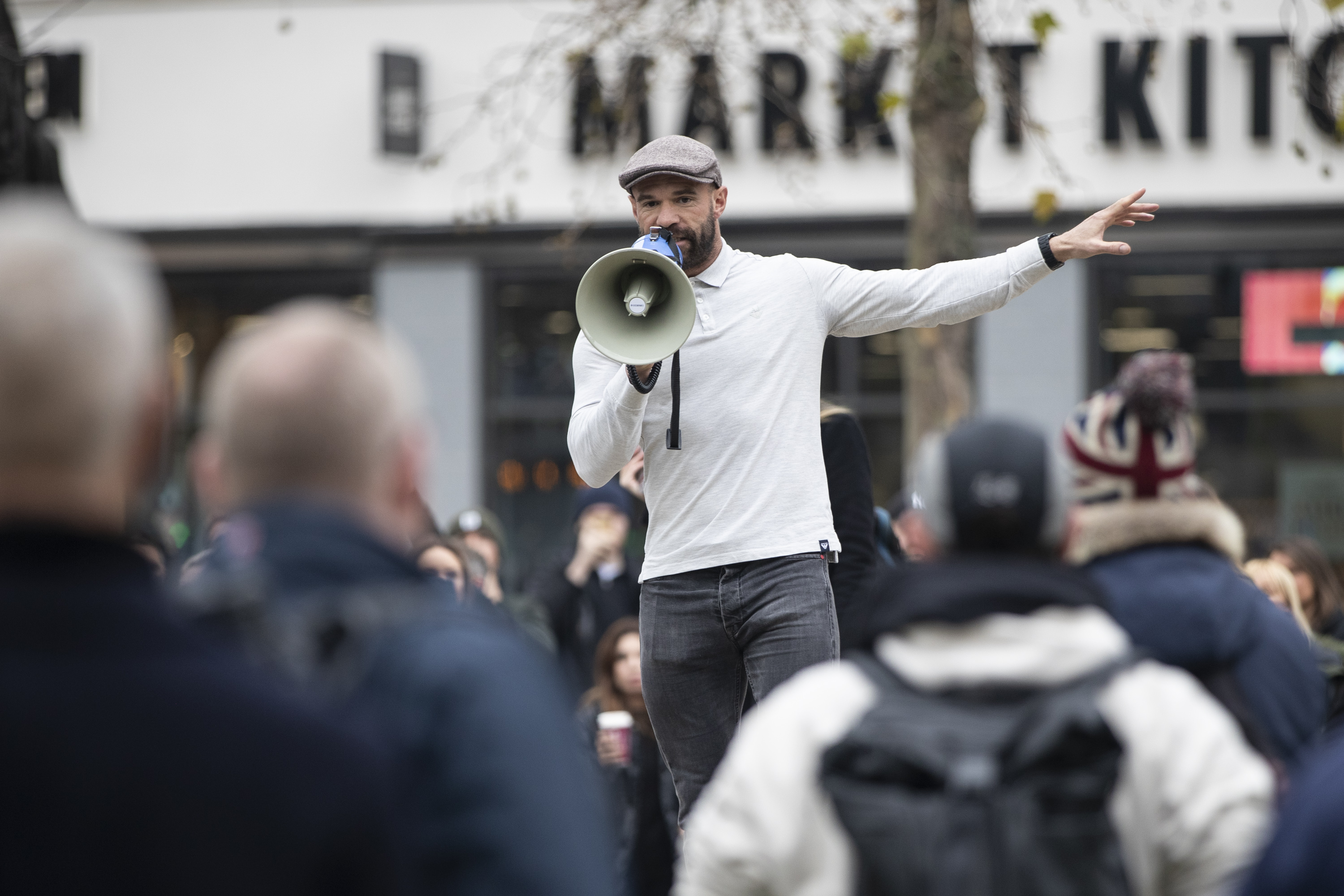 Many held signs containing anti-lockdown slogans, with one reading: "Fear is the currency of control" while some chanted "take off your masks", witnesses claimed.

Pictures show there was little social distancing and almost none of the protesters were wearing face coverings, the Manchester Evening News reports.

Video shared on social media shows a man with a megaphone addressing the demonstrators as some of the protesters chanted "freedom, freedom".

Greater Manchester Police said they had spoken to the organiser of the event and explained that it was illegal under coronavirus lockdown laws.

GMP said: "Prior to this gathering, officers engaged with the organiser; explained the restrictions; and encouraged compliance and are continuing to do so."

Cops issued a dispersal order in the city centre which was in place until 6.45pm, and warned protesters that failure to comply risked arrest.

"GMP would also like to use this opportunity to remind members of the public that, under the national Covid-19 restrictions, gatherings of more than two people are unlawful.

"We encourage people to comply with these restrictions, as we have throughout this public health crisis, to help keep themselves and others safe." 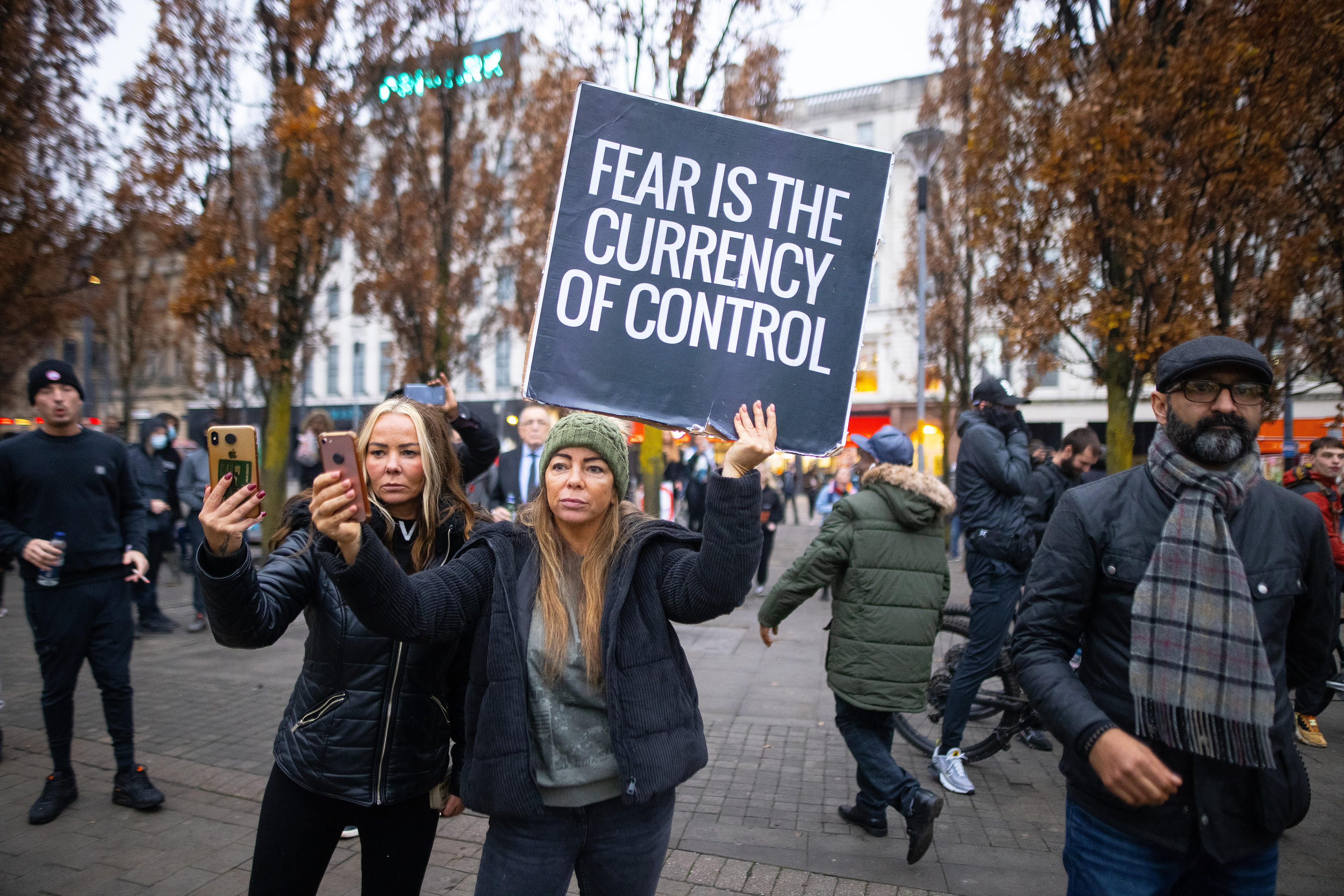 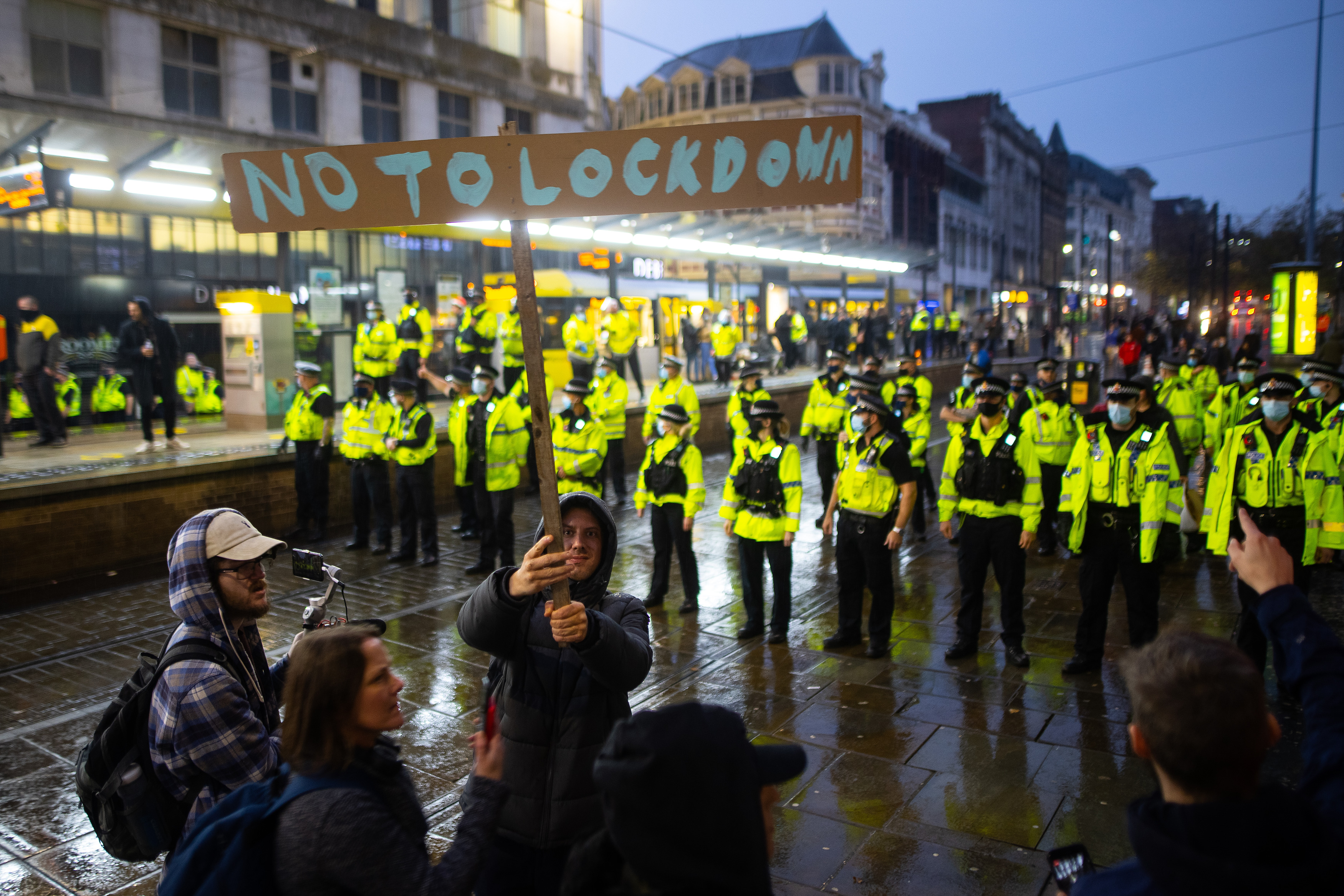 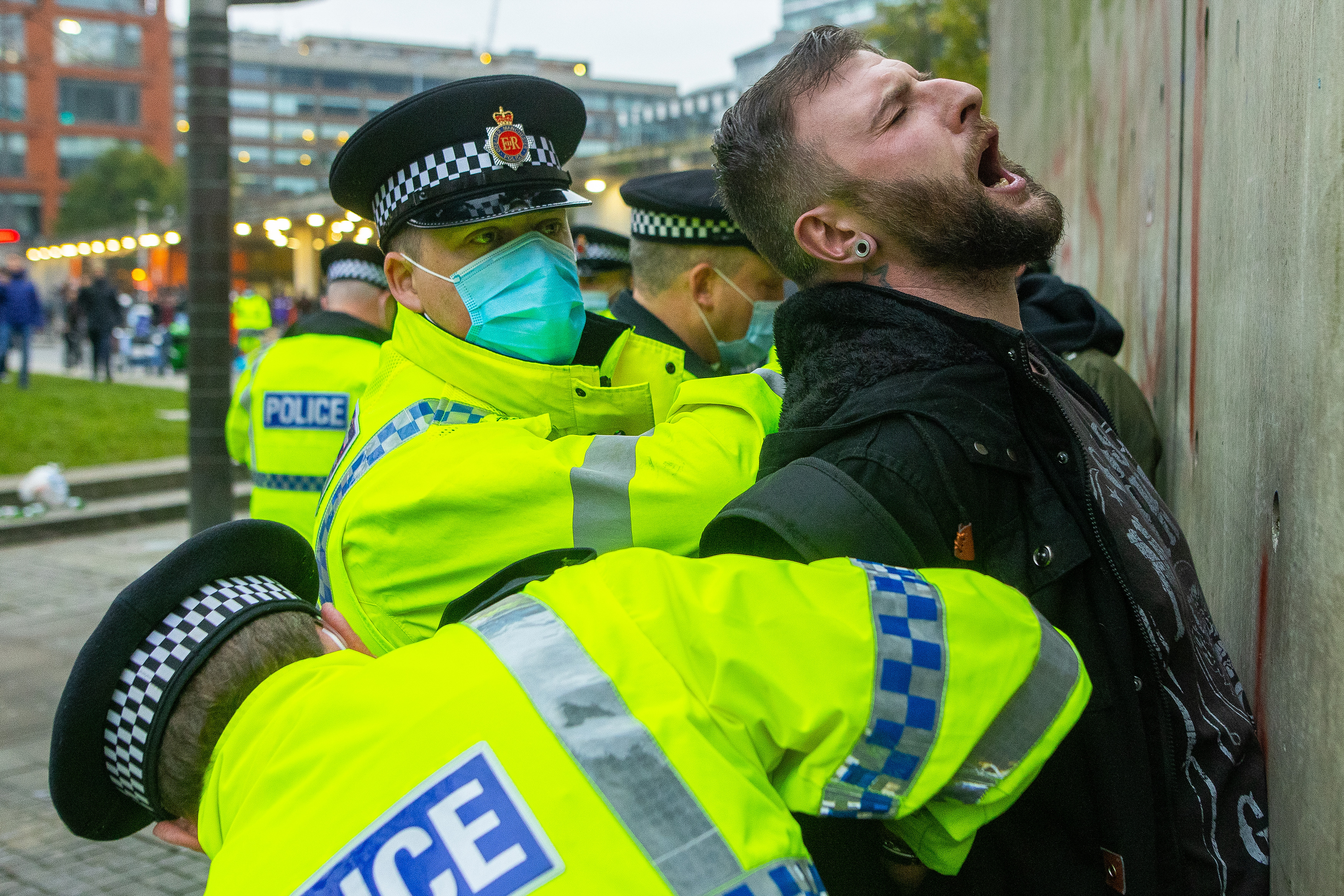 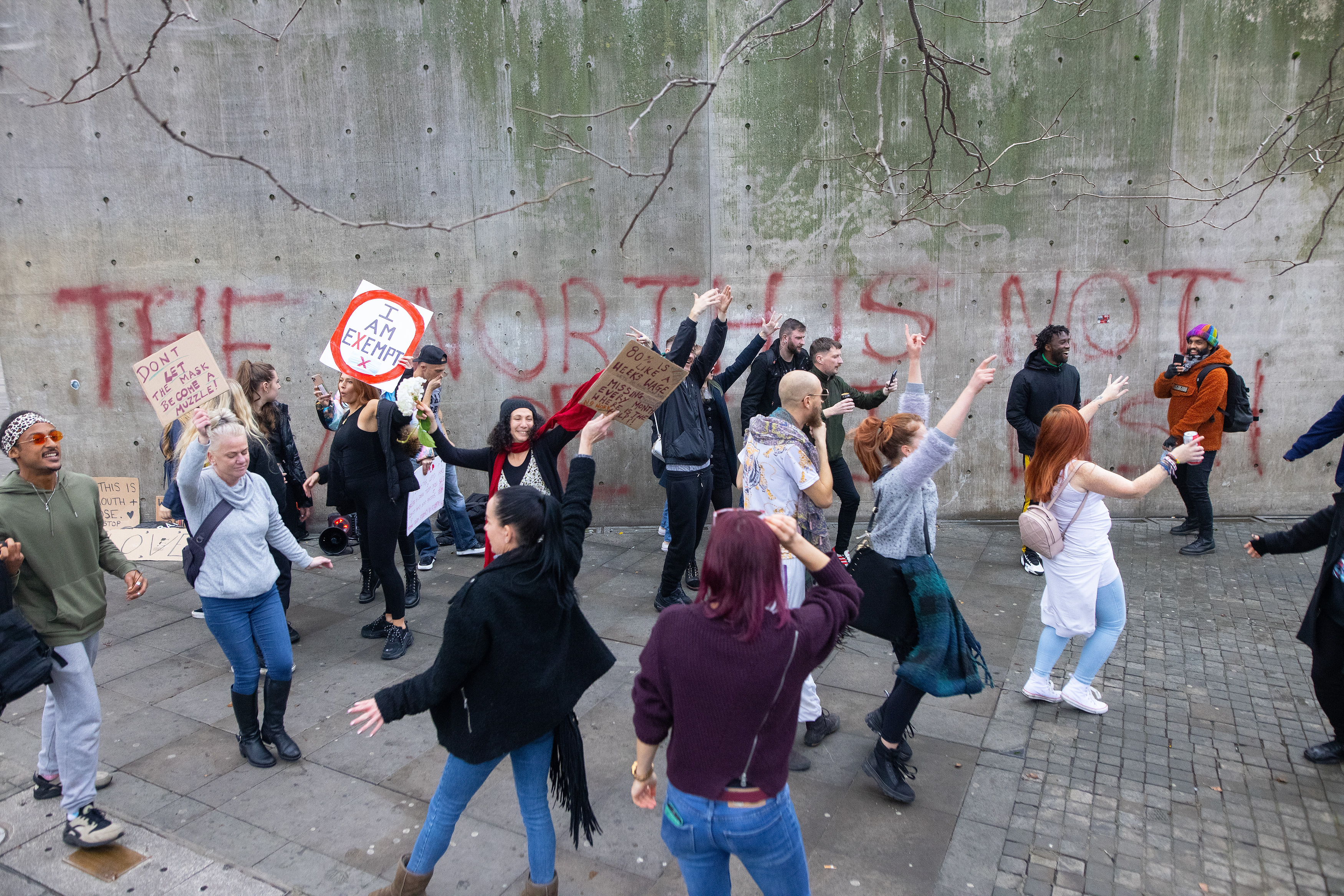 Protesters took to the streets in the city just days after England entered a four week national lockdown on November 5.

A stay at home issue has been issued and non-essential retail, as well as pubs, bars and restaurants have been forced to close until December 2.

Hairdressers, gyms and leisure facilities have also been shuttered.

Some believe that a shutdown is not the correct strategy due to its impact on the economy and on people's mental health, while some sceptics claim a lockdown infringes upon civil liberties.

Anti-lockdown sentiment has been growing in light of the doomsday prediction made by Chief Scientific Adviser Sir Patrick Vallance during the Downing Street press conference on October 31.

He predicted that 4,000 people could die every day because of Covid-19.

The statistics have since been derided as "Noddy Land Figures" by scientists.

Data from Public Health England revealed that Covid-19 infections fell across England in the week before the shutdown.

Cases reportedly dropped in 82 of the 149 local authorities nationwide.

The weekly ONS infection survey, published on Friday, revealed that daily infections dropped by 12 per cent compared to the previous week.

With around 45,000 new infections each day, the ONS believe it is a sign that the outbreak is "stabilising" for the first time since the summer.

The R rate has remained stable and Sage scientists estimate that the reproduction rate of the virus is currently between 1.1 and 1.3. 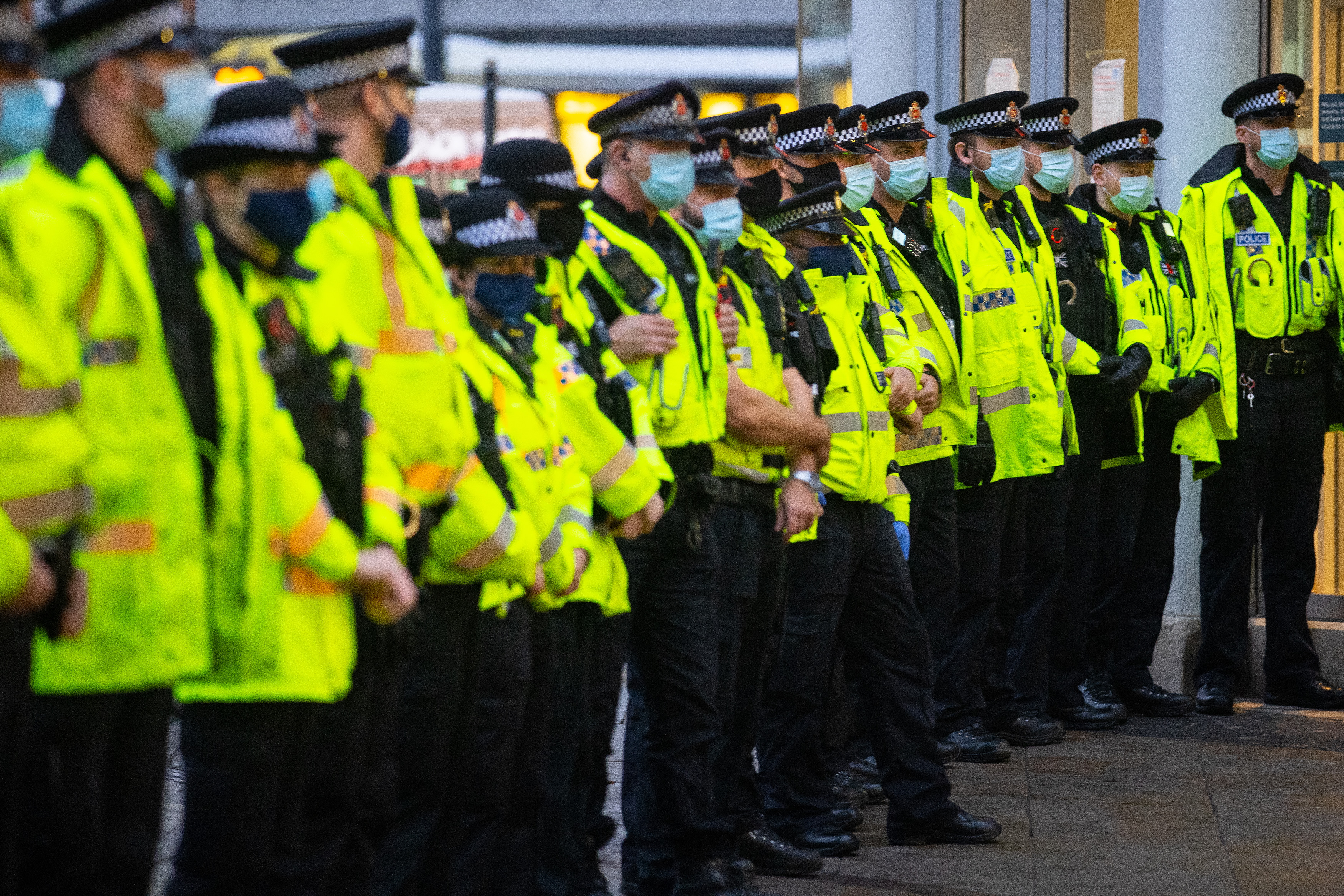 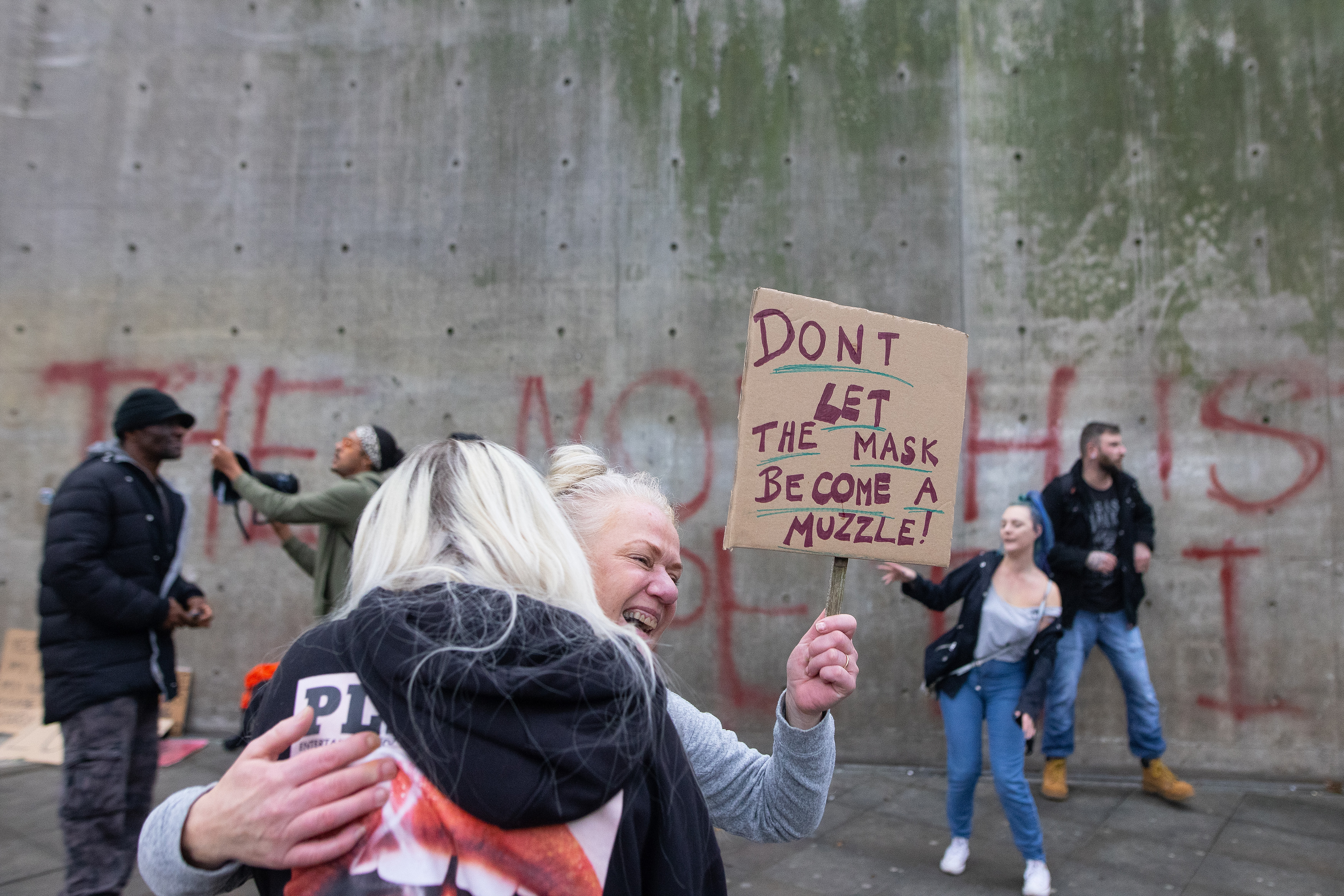 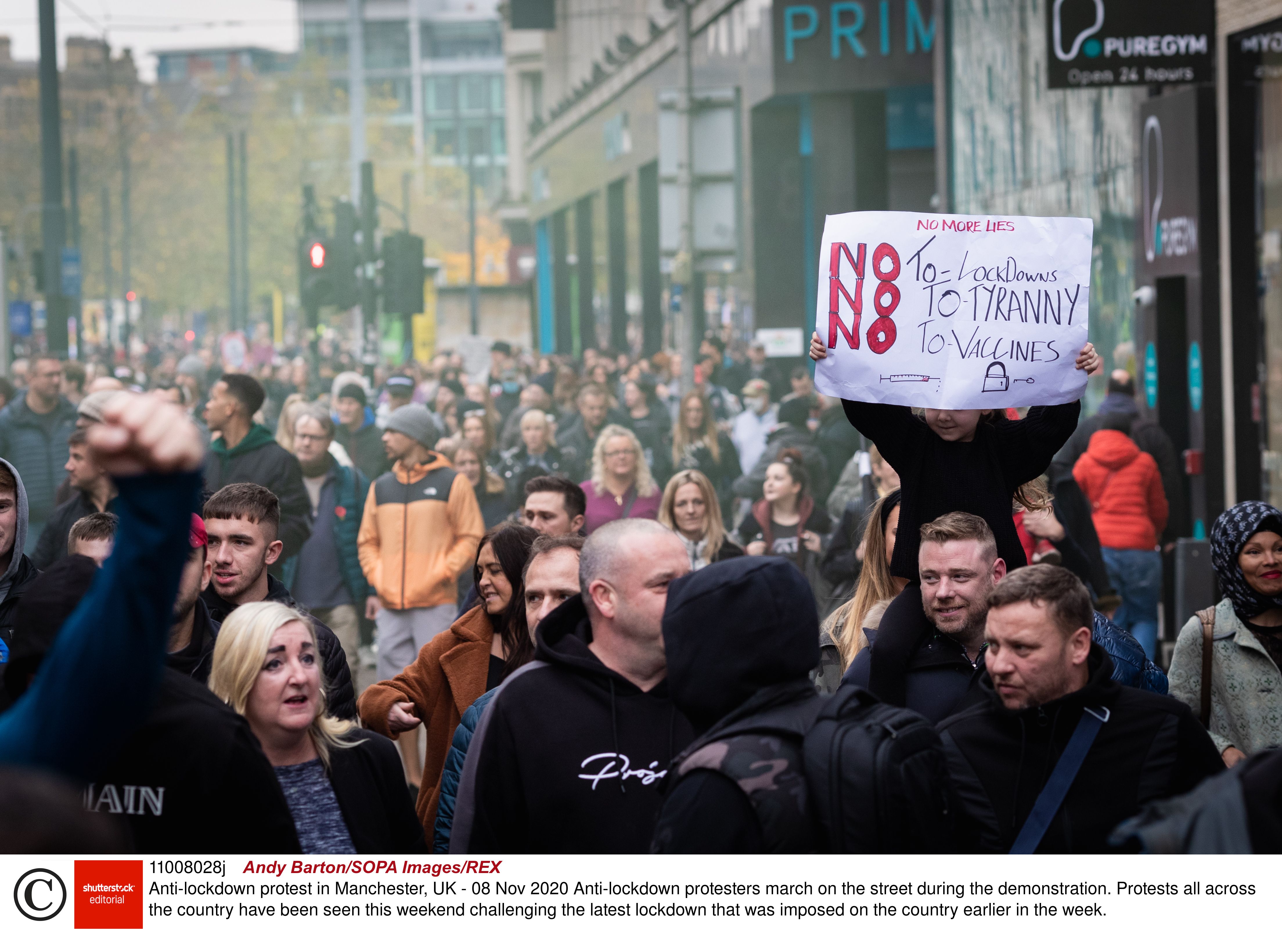 Greater Manchester has been under some form of lockdown since July as 2.8million Mancunians were banned from visiting different households.

The region was placed into Tier 2 before entering Tier 3 lockdown restrictions last month following an acrimonious breakdown in talks between regional mayor Andy Burnham and the Government.

All routine surgeries have since been suspended in the Greater Manchester region.

Operations and appointments for cancer and other urgent conditions will continue to go ahead – but from Monday, hospitals have "paused" other bookings.

The decision was made after it was revealed there are now more patients being treated for the virus on wards than at the height of the pandemic.

Letters are being sent out to patients affected over the coming days.

Greater Manchester’s Health and Social Care Partnership said anyone who is not contacted should assume their appointment will go ahead as planned, the Manchester Evening News reports.

People are being asked not to call their GP or hospital in the meantime.

The only exceptions will be Rochdale Infirmary, designated as a 'cold' or Covid-free site, as well as specialist hospitals.

Although Covid-19 infection rates are falling in six of the ten of Greater Manchester boroughs, rates are still rising in Oldham and Bury.

This is the highest rate recorded by any borough in Greater Manchester since the start of the pandemic.

Another 47 people died of coronavirus in the region's hospitals.

The Nightingale hospital in Manchester reopened ten days ago, although it's currently only being used as a 'step-down facility'.

But as hospitalisations surge, medics have reassured residents that urgent care – including cardiac services, vascular surgery and transplantation – will continue.

Hospitalisations are not expected to level off for several weeks.

Private hospitals will continue to be used in order to relieve pressure on the NHS. 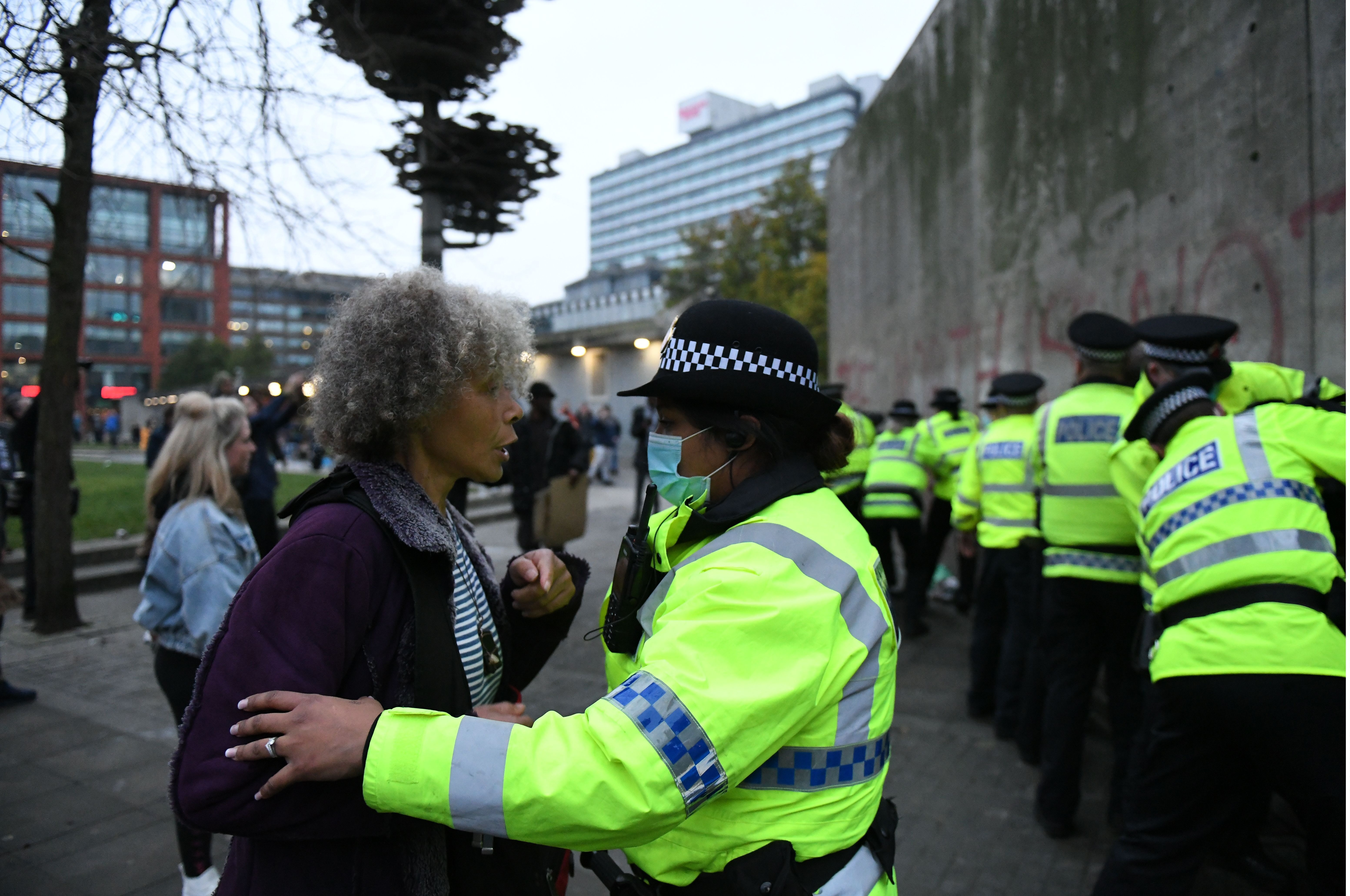 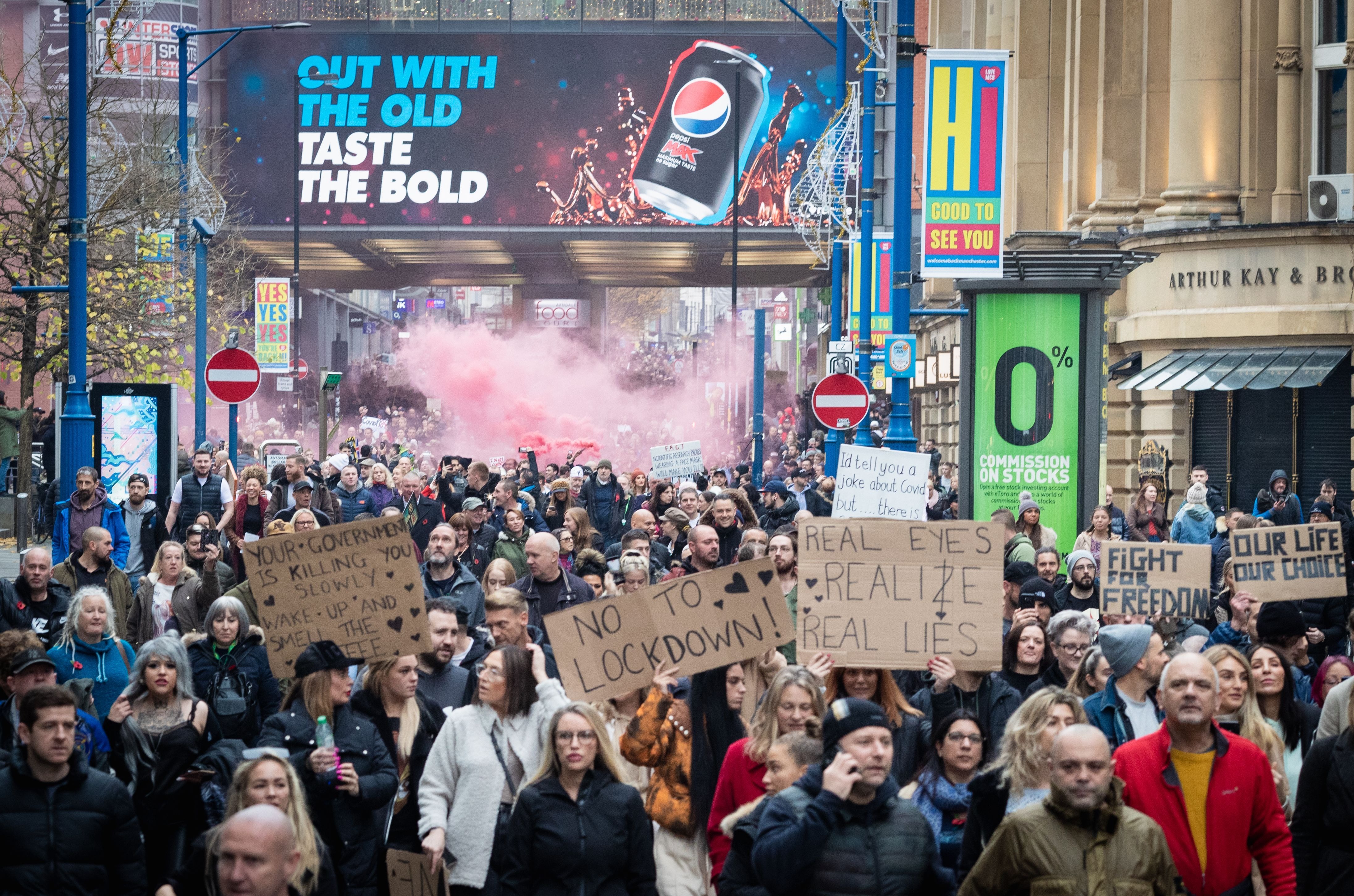 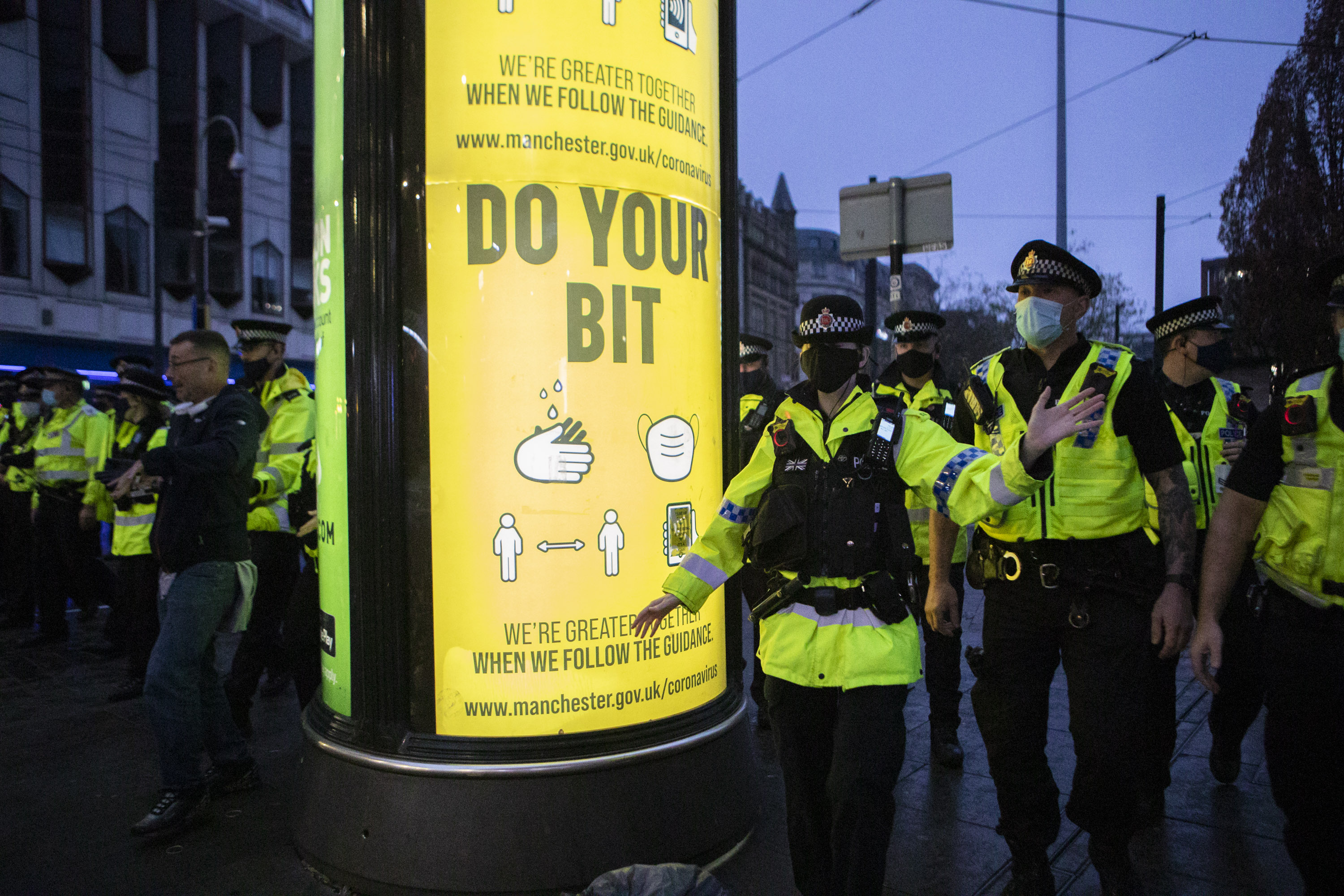 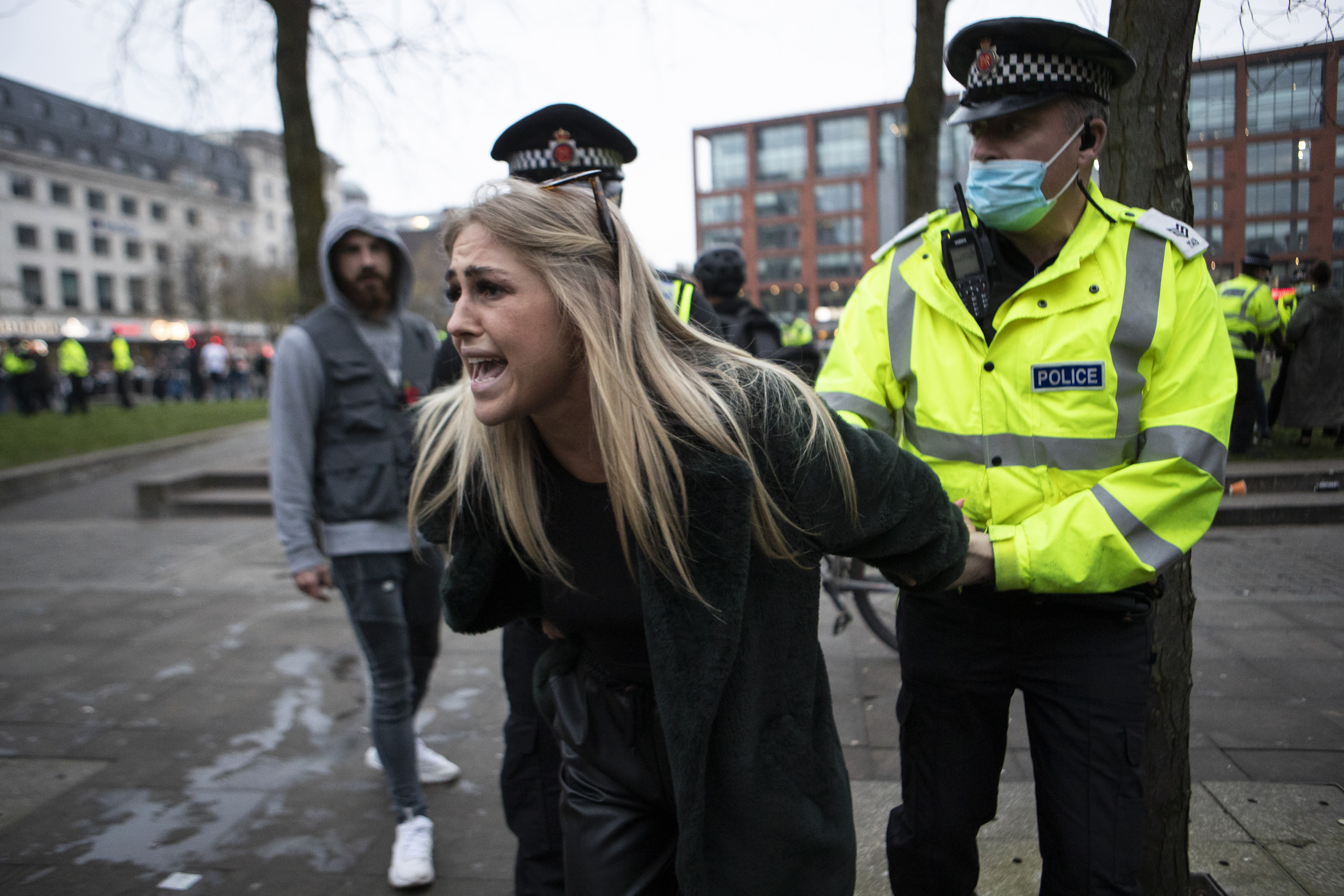 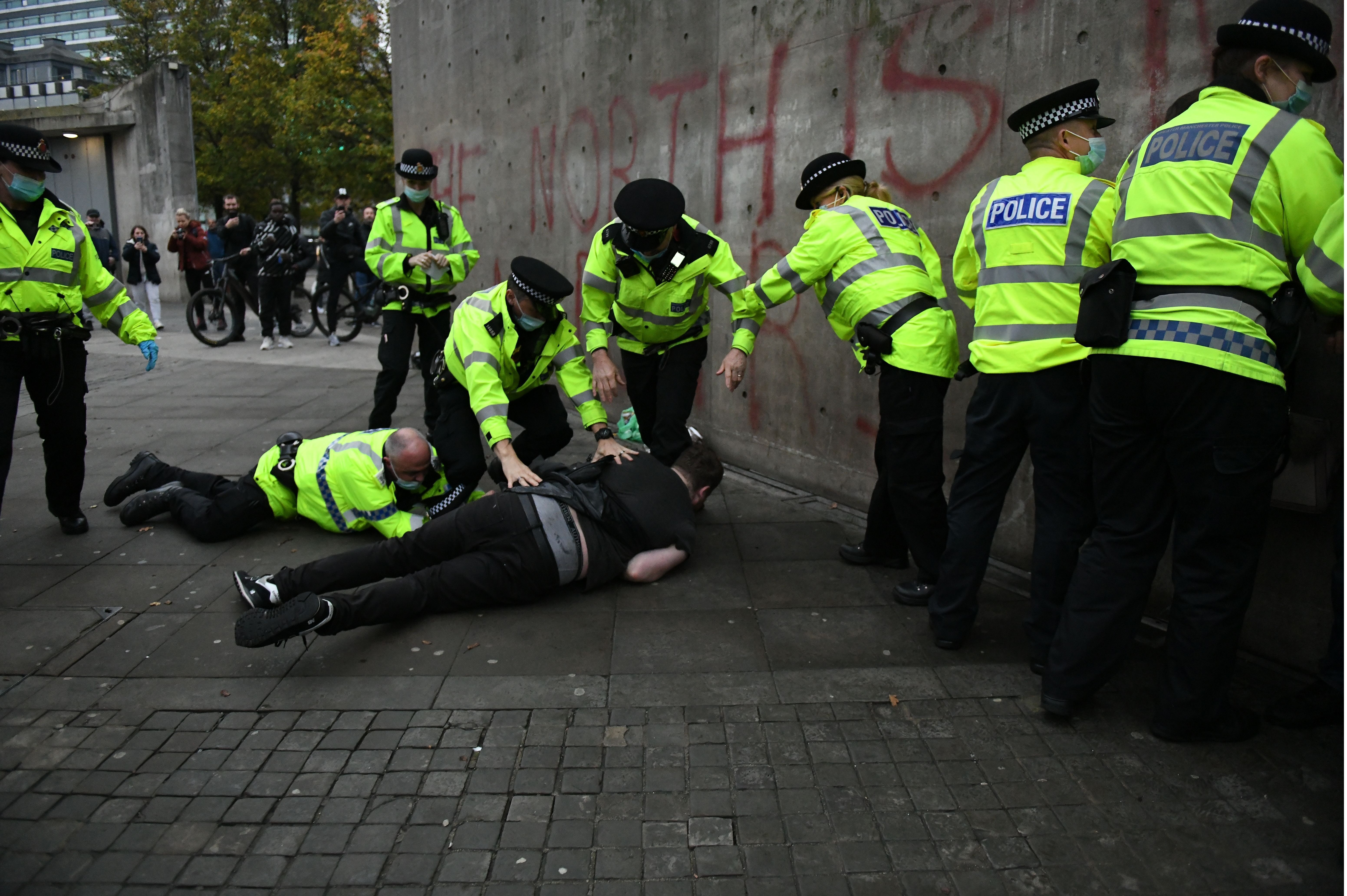 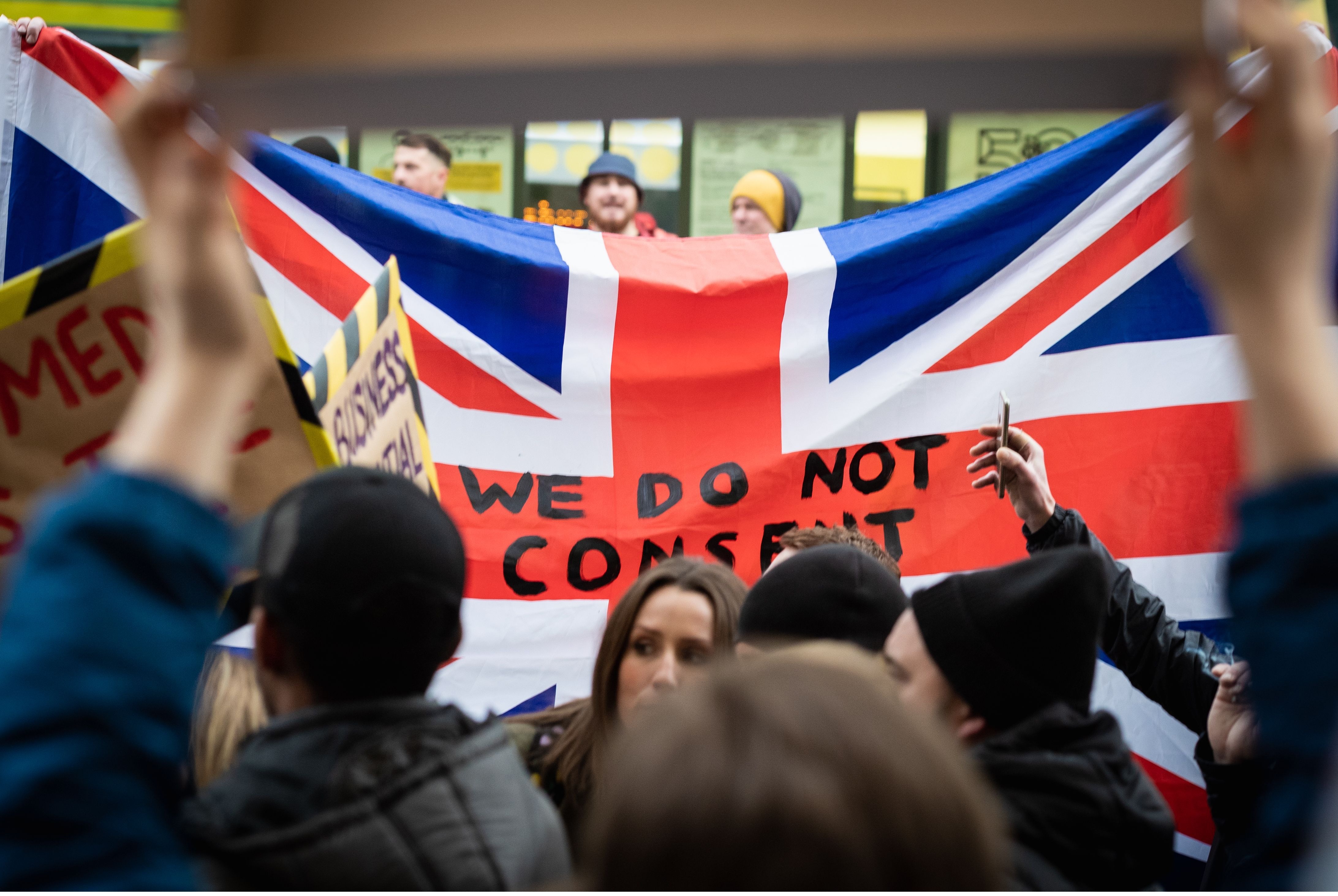