FUGITIVE footie ace Anthony Stokes was dragged back to Scotland today – a year after a warrant was issued for his arrest.

The ex Celtic star is set to finally face justice for bombarding his ex partner’s elderly dad with texts. 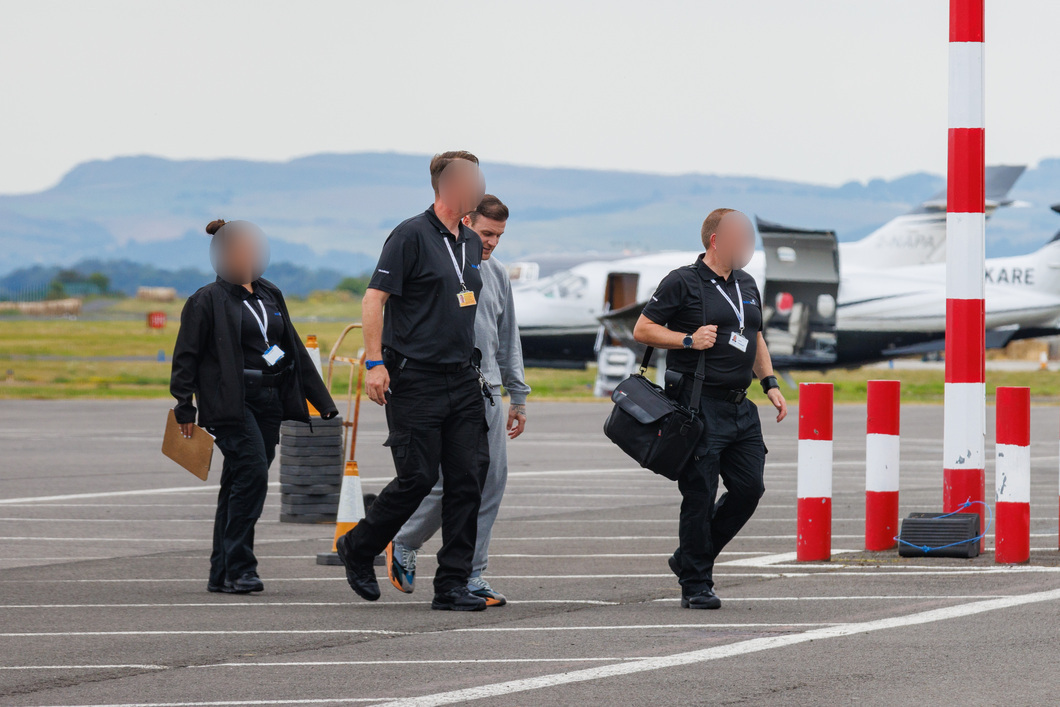 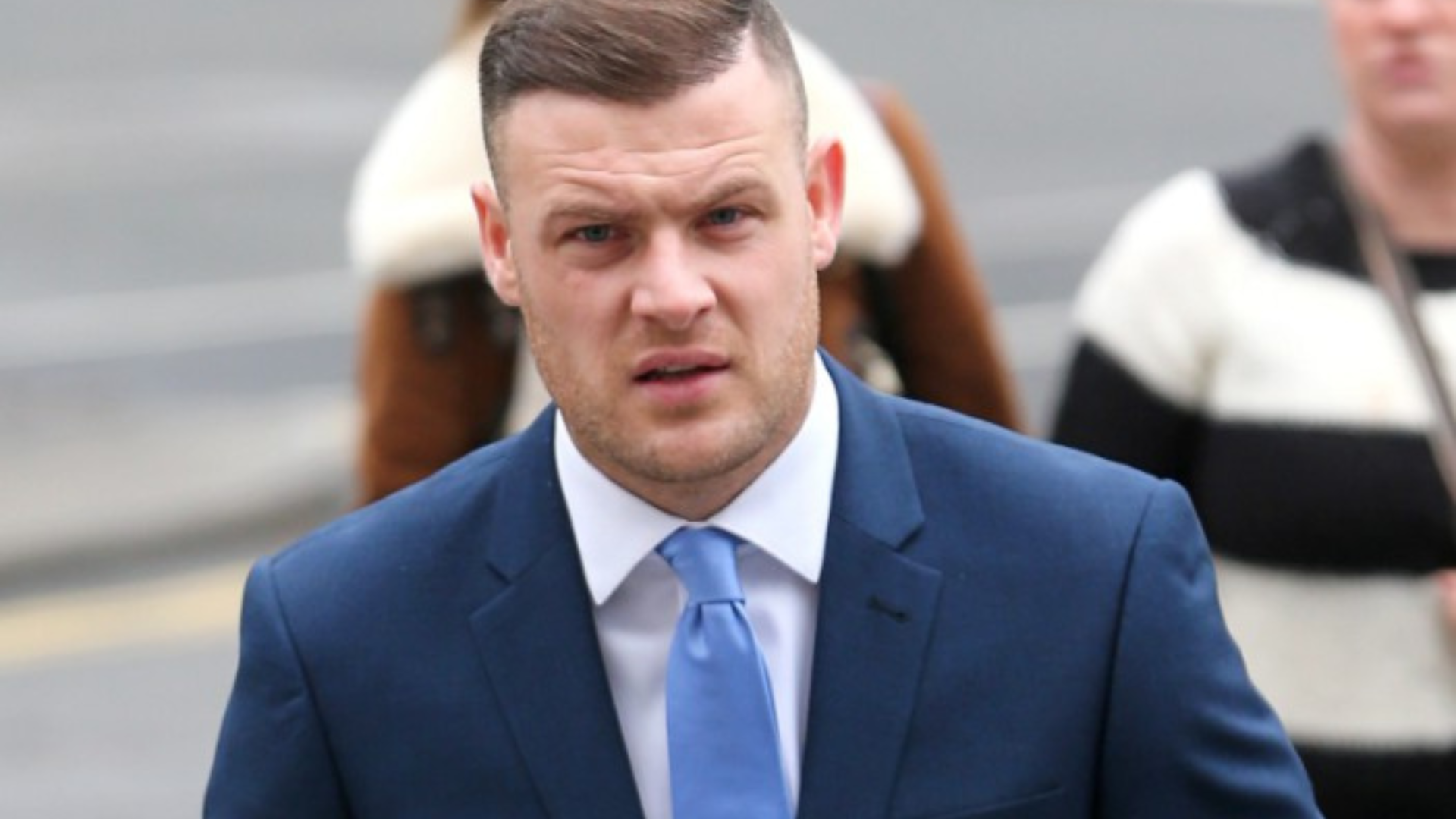 He was lifted in Northern Ireland and flown back to Scotland.

Stokes, 33, landed at Dundee Airport where he was smuggled into a security van with officials attempting to hide the shamed former striker.

An onlooker said: “He came off the plane with a small escort.

“He didn’t come through the public doors for arrivals but was hurried through a side door to an unmarked white van being driven by a female security woman.

“The driver manoeuvred the vehicle onto the pavement and close to the doors so people couldn’t see him.

“Two men guarded both sides and Stokes was taken through the doors and into the back seats before he was whisked away.”

Stokes was arrested by Police Service of Northern Ireland officers at the request of Scottish cops.

He was then flown back on the LoganAir flight from Belfast at around 4pm. He was flanked by workers from security firm GEOAmey which transports people appearing in court.

The former Ireland hero was wearing plush trainers and his right wrist was cuffed to a burly guard while two others man-marked the former goal-getter.

Other passengers in the departures hall were oblivious to the cloak and dagger return of the ex ace for the past year.

His latest arrest comes a month after Police Scotland confirmed they’re still looking for the troubled ace who was thought to be in Ireland.

A warrant for the arrest of the 33-year-old was issued at Hamilton Sheriff Court in June last year after he failed to turn up to learn his fate for bombarding his ex-girlfriend’s dad with offensive text messages.

The warrant was granted by Sheriff Allan Mackay, who told how he did not think the player would return unless forced to do so.

Mr Mackay said: “He pled guilty and was released on bail and he has now left the country in breach of bail.

“He is not here in breach of his bail conditions. I’m not at all sure he will come back unless required to do so by some sort of authority. So I’m issuing a warrant for his arrest.”

Since then he has posted snaps of him in a bar while wearing expensive trainers and a Rolex watch.

He admitted messaging George Scott, the father of his ex Eilidh, despite a court order banning him from contacting him.

Stokes was at the Hoops from 2010-16 and won the Scottish Cup with Hibs in 2016. However, he is currently without a club.

A Police Scotland spokesperson said: “A 33-year-old man has been arrested in connection with outstanding warrants.