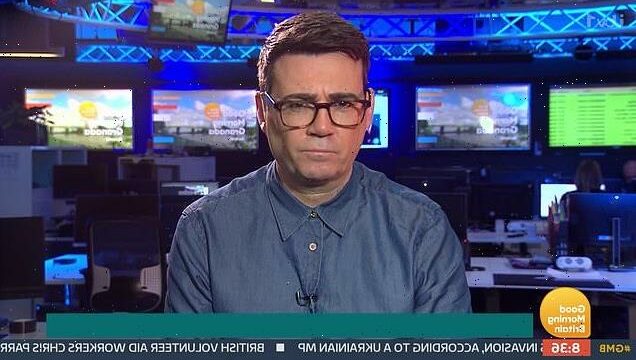 Northern England should be treated like Scotland and given a large chunk of cash to spend on levelling-up, Labour’s Andy Burnham claimed today.

The Greater Manchester mayor called for a new funding plan akin to the Barnett Formula that would pump more money into struggling areas.

The formula is an algorithm which dictates the level of public spending in  Scotland, Wales and Northern Ireland.

It is used by the Treasury to decide how extra funding, or cuts, should be allocated based on population size and which powers are devolved to them.

Ahead of a gathering of northern leaders today Ms Burnham used a round of media appearances to suggest the reconstruction of postwar Germany be used as a model for levelling up.

Last week the government shared out £2.1billion to projects from the second tranche of the Levelling-Up fund. But it provoked criticism over the way it was handed out. with critics claiming a large chunk of the cash went to areas in the south. 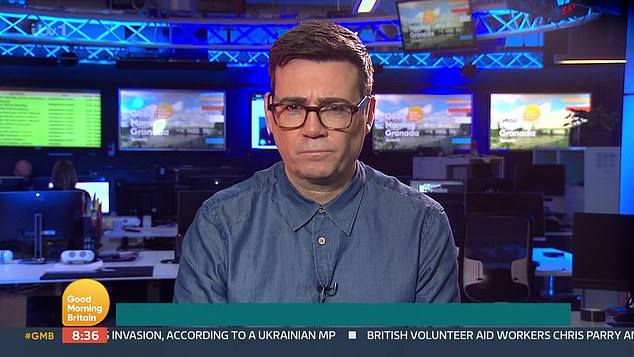 The Greater Manchester mayor called for a new funding plan akin to the Barnett Formula that would pump more money into struggling areas. 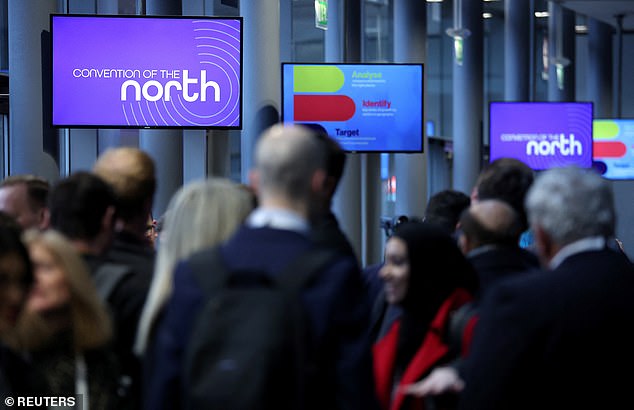 Ahead of a gathering of northern leaders today Ms Burnham used a round of media appearances to suggest the reconstruction of postwar Germany be used as a model for levelling up.

WHAT IS THE BARNETT FORMULA?

The Barnett formula is an algorithm which dictates the level of public spending in  Scotland, Wales and Northern Ireland.

It is used by the Treasury to decide how extra funding, or cuts, should be allocated based on population size and which powers are devolved to them.

When the UK Government decides to spend more or less on health or education in England, for example, the formula decides how much money the other nations should get.

If £1billion was to be added to the education budget in England then the formula would essentially times that money by the devolved nations’ population proportion compared to England. This is then multiplied by the extent to which the UK department’s services are devolved.

The formula is named after its inventor, the former Labour Chief Secretary to the Treasury Joel Barnett, who devised it in the late 1970s.

It is widely recognised as being flawed because it looks almost solely at population size and doesn’t take into account different needs in different areas.

Public spending is significantly different in parts of the UK – for example it has typically been 20 per cent higher in Scotland than in England.

Officials in Wales, which has the lowest GDP in the UK, claim the country misses out on up to £300m a year.

On why the formula has stood the test of time, the Institute for Fiscal Studies (IFS) told MailOnline: ‘First, being based on population means it’s simple to apply and to explain.

‘Second, it’s just already there and replacing it with a new, more complex formula would mean losers as well as winners.

‘That makes reform politically difficult even if in the end it would be arguably fairer. Agreement would be needed on which other factors to include and what weight to put on them, requiring consultation, debate, and – at least in parts of the country – unpopular decisions to be taken.’

Mr Burnham told Sky News: ‘What we are saying to the government is ”please don’t continue with this process of creating winners and losers and announcing quite divisive approaches to Levelling-Up”.

‘Let’s follow what we did when we created modern Germany by having a law, a UK law, which requires equal living standards between each of the regions and nations of the UK.

It came as a new report suggested the North of England receives one of the lowest levels of investment among advanced economies.

If the region were a country, Greece would be the only OECD nation to see less public and private investment, according to the IPPR North’s State of the North report.

The think tank researchers found that the UK as a whole ranks 35 among the 38 OECD countries in terms of receiving the least investment.

States including Slovakia, Poland and Hungary all enjoy more investment than the UK.

Report author and IPPR North research fellow Marcus Johns said: ‘Of all the advanced economies around the world, ours is the most regionally divided and getting worse – the North is at the sharp end of these divides and that’s a barrier to prosperity.

‘But what’s even more unacceptable is that our country is divided by design. It is the result of decisions.

‘The North’s strengths are national strengths. Northern prosperity can be national prosperity. It’s up to the Government to unlock this potential, by acknowledging that it has to change, and by enabling empowered, well-resourced local government to coordinate and deliver long term local visions for change.’

The report points to other floundering places in the world that have turned their economies around, such as Leipzig in Germany, which has become the fastest-growing city in Europe through industry and investment.

Calls for the new approach will be made at the Convention of the North in Manchester later today, a gathering of business, political and civic leaders from across the region.

Last week, the Government announced the latest Levelling Up Fund winners, which saw some local authorities receive funding, while others lost out.

Critics claim the cash being spent is skewed towards areas with Conservative MPs or councils, which the Government denies.

The Levelling Up Secretary Michael Gove, and his Labour shadow, Lisa Nandy, are due address the convention.