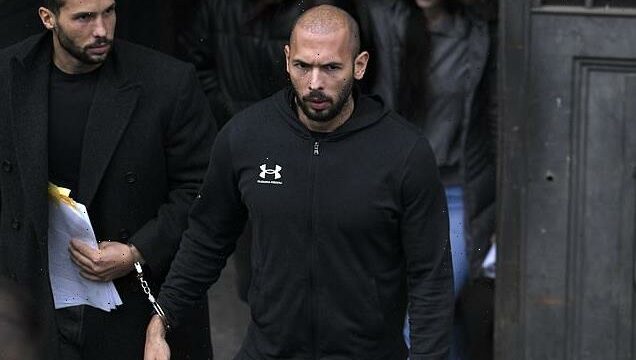 Andrew Tate and his brother Tristan will remain in custody until February 27 after Romanian court extended their detention: Social media star rages that he is ‘being arrested for a crime of opinion’

Andrew Tate and his brother Tristan will remain in prison until February 27 after a Romanian court extended their detention.

Tate, 36, a British-U.S. citizen who has 4.5 million followers on Twitter, was arrested on December 29 in Bucharest along with Tristan and two Romanian women on charges of being part of an organised crime group, human trafficking and rape.

Today, a judge granted prosecutors another 30-day extension on their arrest, meaning all four will remain in custody until February 27.

Tate, who is accused of recruiting young women and forcing them to create online pornographic content, was furious at the judge’s decision and said via his lawyers that he is ‘being arrested for a crime of opinion’. 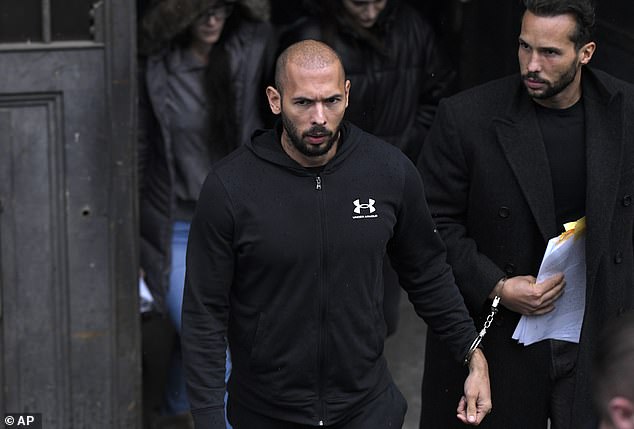 Andrew Tate, center, and his brother Tristan, leave after appearing at the Court of Appeal, in Bucharest, Romania, on January 10

‘We continue to maintain that practically at this moment the Tate brothers are being arrested for a crime of opinion, for what they said, at some point, in the online environment and not for what they actually did in their private lives’, Constantin Ioan Gliga, one of the defence lawyers, told Romanian news outlet Gandul.

The decision came after Romanian authorities on Saturday descended on a compound owned by Tate near Bucharest to tow away a fleet of 15 luxury cars and remove 14 designer watches and cash worth an estimated 3.6 million euros (£3.1 million).

Romania’s anti-organized crime agency said is has identified six victims in the human trafficking case who were subjected to ‘acts of physical violence and mental coercion’ and were sexually exploited by the members of the alleged crime group.

The agency said victims were lured by pretenses of love, and later intimidated, kept under surveillance and subjected to other control tactics while being coerced into performing in pornography.

Tate, a former professional kickboxer who has reportedly lived in Romania since 2017, was previously banned from various prominent social media platforms for expressing misogynistic views and hate speech.

After the assets were moved from Tate’s compound on Saturday, a post appeared on his Twitter account, which read: ‘Anyone who believes I’m a human trafficker is genuinely a moron,’ and that ‘anyone smart enough to understand the American System is unfair would be mind blown by the injustice of the Romanian System.’

This is a breaking news story, more to follow…