Spoilers ahead! If you have not finished this week's episode of And Just Like That, bookmark this for later or proceed with caution.

HBO Max's Sex and the City reboot, And Just Like That, continues to show what growing older looks like in the latest episode "Tragically Hip." In this installment, Carrie Bradshaw (Sarah Jessica Parker) has to get hip surgery, forcing everyone's favorite fashionista into her most horrific ensemble yet — Birkenstocks and socks (though still on trend).

Carrie has to rely on her friends for just about everything, including Charlotte York (Kristin Davis) helping her to the bathroom. While high on post-surgery pain medication, Carrie gets candid on her podcast about the time Samantha Jones (Kim Cattrall) had to help her pull out her own diaphragm.

Carrie and Samantha are not currently in touch after Carrie fired her as her publicist, and Charlotte is concerned that Samantha might be upset with the mention. Carrie later reaches out via text, and the high-profile publicist surprisingly responds.

When Carrie tells Samantha about the podcast mention, Samantha writes back, "One of my finest hours." When Carrie says she hopes it was OK, Samantha replies, "Of course. I love that your vagina is getting air time."

However, when Carrie adds that she misses her friend, Samantha begins typing and then abruptly stops.

In real life, Cattrall has made it clear that she will not be returning to play Samantha in the SATC franchise.

Even with Samantha gone, Carrie still has plenty of friends in her life, though some of them are clearly struggling, like Miranda Hobbes (Cynthia Nixon).

While Carrie is napping, Miranda lets Che Dia (Sara Ramirez) into her apartment and after a few tequila shots, the two start very loudly hooking up in the kitchen. Carrie is awoken by the noise and is forced to pee into a bottle, which she spills, soaking her sheets.

Carrie is understandably upset and confronts Miranda, not only about the fact that she's cheating on her husband, Steve Brady (David Eigenberg), but also about her excessive alcohol intake.

"I don't have a drinking problem. I just got a little carried away," Miranda insists.

"You are married and you just had sex in my kitchen," Carrie says. 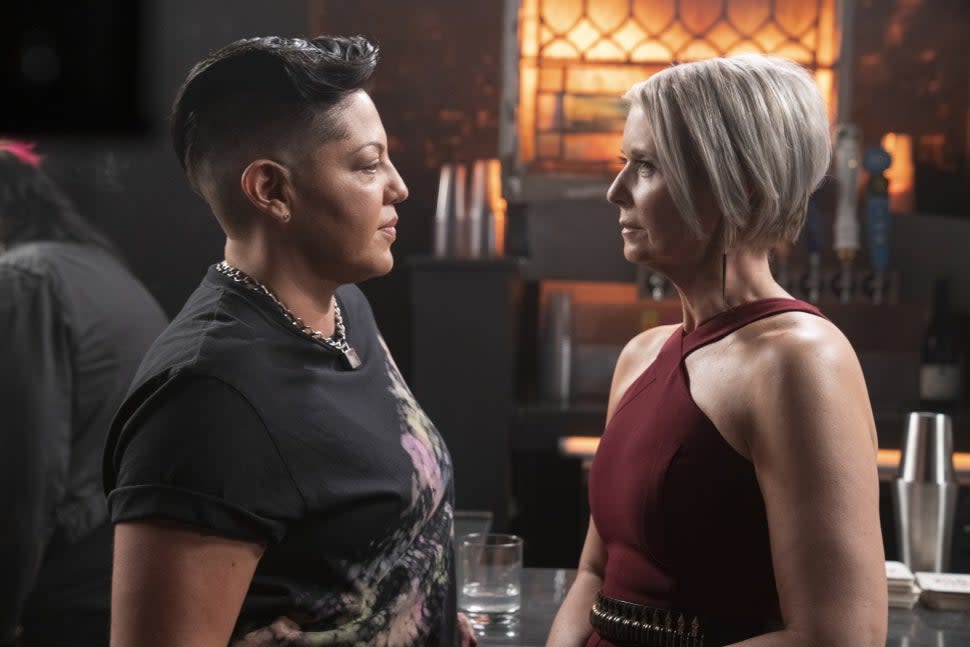 "Since when?" Carrie asks her.

"Since forever," Miranda says. When Carrie says that's not true, she replies, "It feels like it is."

As for the drinking, which was addressed earlier in the episode when Miranda thinks Charlotte sent her a book about quitting alcohol, Miranda once again deflects. "I am drinking too much. Yes, we all were in the pandemic, and I guess I just kept going," she says. "But I don't have a problem and I don't need a book from Charlotte. I know me, Carrie. If I really thought I had a problem, I would quit instantly."

But it doesn't seem that Miranda is interested in giving up her thing with Che. "I don't know if I want to quit that. I've never felt like that in my life," she says.

Later in the episode, Miranda is seen making herself a cocktail when an email pops up asking her about the book, Quit Like a Woman: The Radical Choice to Not Drink in a Culture Obsessed with Alcohol by Holly Whitaker, that she purchased herself, not Charlotte.

"Great, what else did I drunk order?" she asks before pouring out her liquor bottles into the sink. 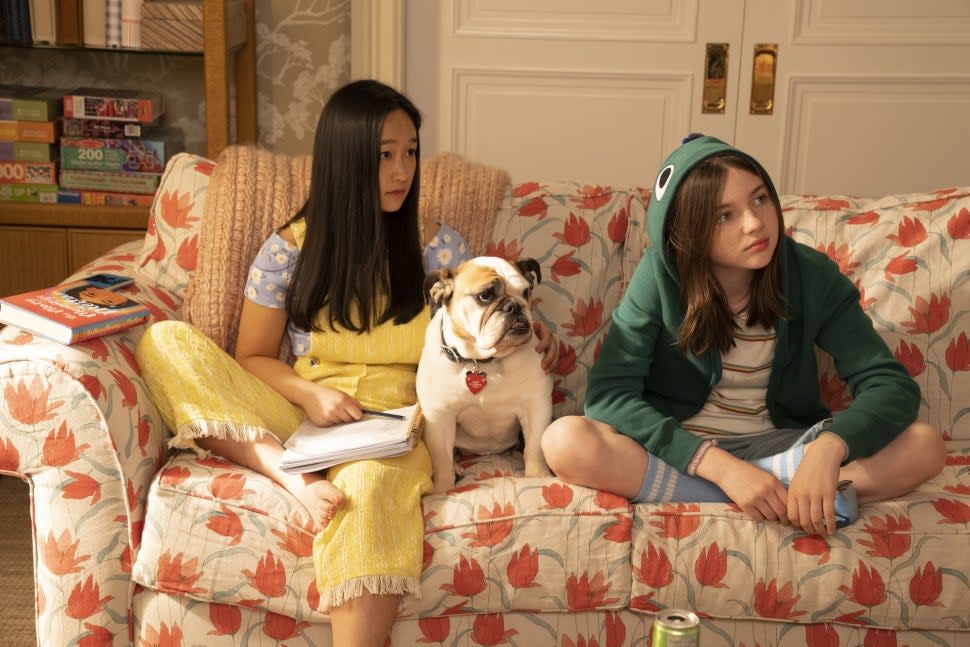 Meanwhile, Charlotte is dealing with her own personal dilemmas as she learns her daughter, Rose, is now going by "Rock" and using they/them pronouns. Though Charlotte is trying to be open minded, she and her husband, Harry Goldenblatt (Evan Handler), are struggling with the school making decisions about their 12-year-old child's identity without them knowing. Charlotte has a serious conversation with Carrie about feeling conflicted by Rock's decision.

"I told Harry we should just listen and follow her… their lead," she says. "But every time I open my mouth, I just want to say Rose not Rock."

"I don't know what's going to happen, but I know that kid is amazing," Carrie says of Rock. "And just remember, a Rose by any other name would smell as sweet."

The episode also introduces a new character that Carrie seems quite taken with, her handsome new physical therapist Travis. Carrie even request that Travis lead all her appointments despite him not being covered by her health insurance. 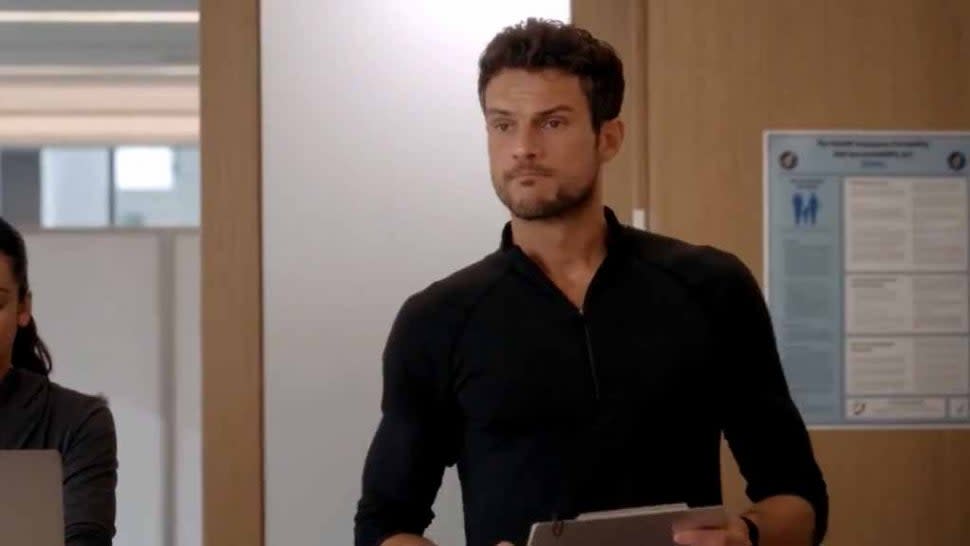 Could this be a new romance for our leading lady? New episodes of And Just Like That stream Thursdays on HBO Max.

'And Just Like That' Recap: Carrie Confronts Big's Ex-Wife Natasha

Chris Noth Teases Mr. Big's Return After 'And Just Like That' Moment