Alison Asquith grew up in a conservative family that believed education was for boys.

But after raising two children, nursing two husbands through illness and returning to university five years ago, the 82-year-old this year finished her PhD at Deakin University. 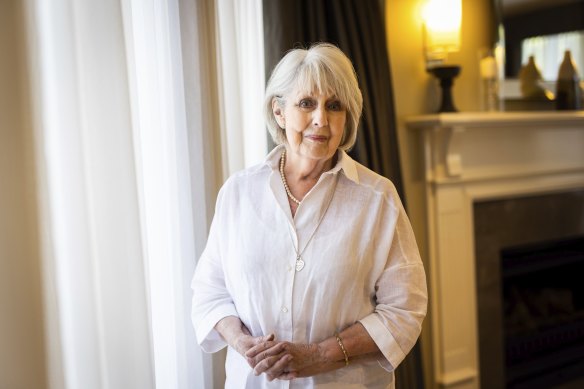 Asquith, who married at 21, started night school classes first. It was at those classes that her tutor encouraged her to do an undergraduate degree in her 40s.

“I remember thinking, ‘Oh, this is all too hard. I can’t do this.’ My brain may have atrophied. And then, charitably, [my tutor] said, ‘No … you’re going to put your name down [for university]’.”

At 78, she began a PhD in Anglican worshippers’ experiences with Orthodox icons in their devotional lives.

“If I can possibly add one tiny brick to that universal knowledge, I’ll be happy,” she said.

Asquith is one of many Victorians who enrol in university later in life.

The number of people aged 50 and over enrolled in undergraduate and postgraduate courses at La Trobe University had grown by more than 30 per cent to 1549 students in the past five years, deputy vice-chancellor Jessica Vanderlelie said.

“We often see mature students on our regional campuses exploring higher education for the first time after seeing their own children attend university and the confidence this brings,” she said.

She said their students in their 70s and above were interested in areas they couldn’t study while working, such as mental health, nursing, education and philosophy. 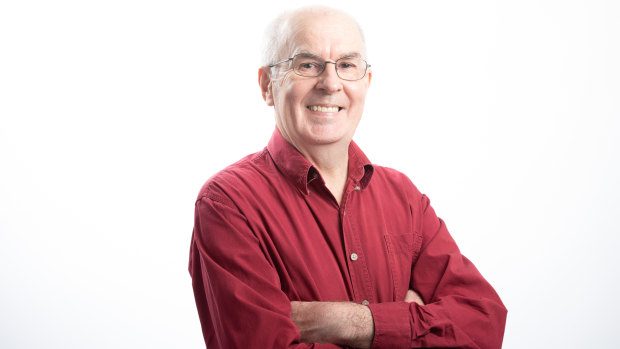 At Deakin University, thousands of students over the age of 40 began undergraduate, postgraduate and higher degree research or coursework, and hundreds of students are over 60. Students in the 50-59 age bracket have increased by 13.9 per cent to 417 this year.

The University of Melbourne has about 250 students aged 60 and over across their nine faculties, some of who are in their 80s, with more than a fifth of these doctoral candidates studying a PhD.

At Monash University, the number of students aged over 60 has remained relatively consistent at about 200, with about half doing research.

For 68-year-old John Hewitt, who is semi-retired and studying information technology at Swinburne Online, going to university is fulfilling a lifelong dream and a desire to freelance.

But said he struggled with feelings of self-doubt.

“It’s more just in your head, at this later stage in your life, [thinking] should I be doing it?” he said.

Celebrate Ageing’s Catherine Barrett said ageism was still a barrier in society, but with workforce shortages, there was an opportunity for older people who wanted to work or study.

“It’s a shame we had to wait until we were desperate to make things inclusive and to value the contribution of older people,” she said. 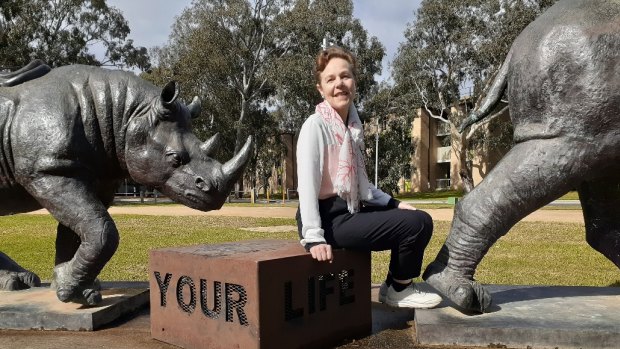 Judith Lincoln, 64, has been mistaken as a teacher in her clinical audiology degree.

University of Melbourne’s School of Population and Global Health manager Sue Malta, who was an older student herself, said mature-age student associations helped connect mature learners, and it was important that universities offered visual, hearing and mobility support.

Some universities also offer support for students who haven’t studied for a long time or aren’t familiar with technology, referencing or academic writing.

Judith Lincoln, from rural Victoria, said she was sometimes mistaken for the teacher in her applied science and clinical audiology degree at La Trobe.

The 64-year-old worked in a boarding school, but became deaf in one ear and decided to pursue another career.

“I’m still engaged, I’m still participating, I still want to make a contribution and having lost my hearing I then had to think out loud and think what are my options now,” she said.

She said she was sharper now than she was 20 years ago.

“At the end of the day we are all the same age – we just happen to be wrapped up in old envelopes.”