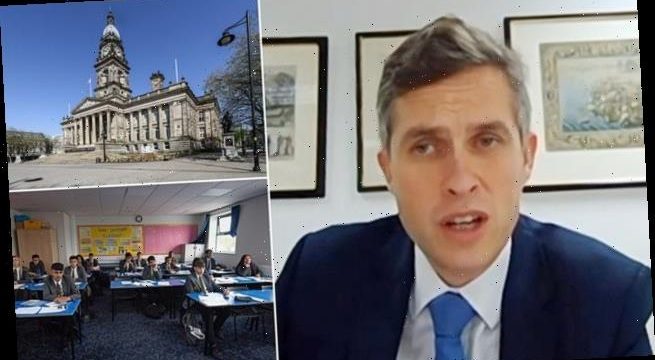 A-level and GCSE students could sit their exams in public buildings next summer if social distancing is required in local communities, the Education Secretary has suggested.

Gavin Williamson said a ‘reserve set’ of exam papers may be introduced next year if pupils are unable to sit a test on a given day if they are unwell or self-isolating as a result of coronavirus.

The Government is still ‘actively considering’ pushing back exams to give pupils more time to catch-up on learning – and an announcement on the timetable will be made by next month, Mr Williamson said. 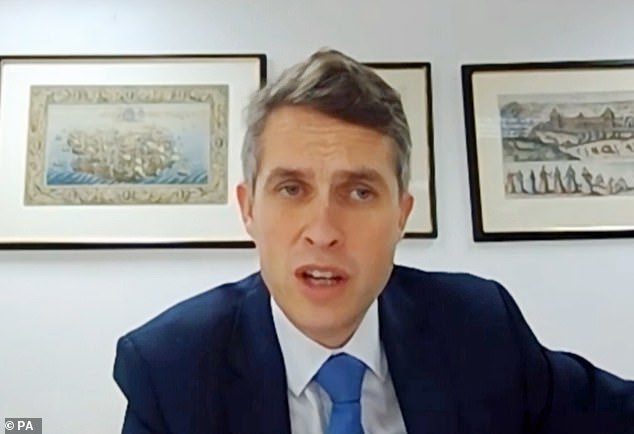 His comments to MPs come after the fiasco around grading GCSE and A-level students this summer after exams were cancelled amid the pandemic.

Thousands of A-level students saw their results downgraded from their schools’ estimates by an algorithm, before Ofqual announced a U-turn allowing them to use their teachers’ predictions.

When asked by MPs what plans are being made for exams next year, Mr Williamson said: ‘[We’re] very much taking on board what Ofqual has said about maybe needing to have a reserve set of papers for youngsters who may not be in a position to take that examination.

‘We’re also planning for the fact that there may need to be a different approach in terms of creating extra capacity within schools and a wider use of public buildings for exam centres, if that is required and that is needed in local communities as a result of further social distancing.’

It’s not clear which buildings have been earmarked to take on the role of exam centres but it’s possible places like Bolton Town Hall could be used by pupils to sit GCSE and A-Levels.

He told the Education Select Committee: ‘We will look at making sure that there’s back-ups for exams.

‘So hypothetically if let’s say in a local area it wasn’t feasible to run exams in a town or city, making sure that we do have a back-up on that. But I’d like to reassure you that there aren’t any algorithm plans.’ 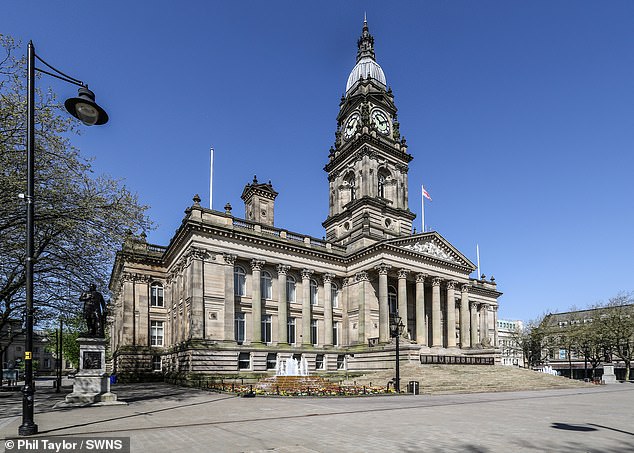 The minister also faced questions from MPs over the exam grading fiasco over the summer.

Mr Williamson defended the principle of using moderated calculated grades after exams were cancelled, but he said there were too many ‘inconsistencies’ in the A-level grades.

Questioned on ‘blurred lines of accountability’ between ministers and Ofqual, the education secretary emphasised that Ofqual was ‘independent’.

Earlier this month, Roger Taylor, chairman of Ofqual, said ministers went ahead with the decision to abandon exams after the regulator suggested running socially-distanced exams or delaying tests, before cancelling them. 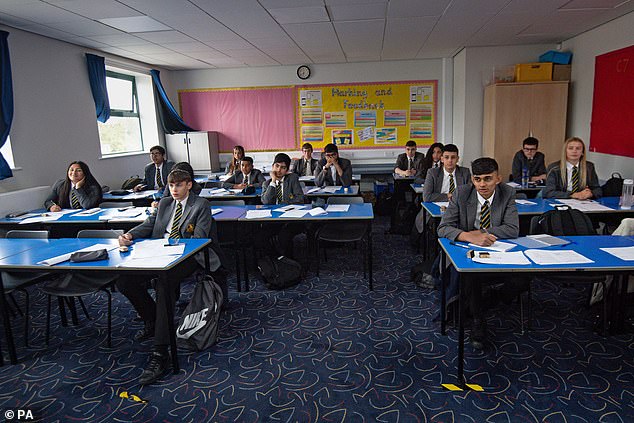 (File pic) Thousands of A-level students saw their results downgraded from their schools’ estimates by an algorithm, before Ofqual announced a U-turn allowing them to use their teachers’ predictions

But Mr Williamson told MPs on Wednesday that Sally Collier, Ofqual’s chief regulator, made it clear to the DfE on March 18 that running an exam series was not something the watchdog ‘thought would be viable’.

When asked whether Ofqual’s reputation had been ‘damaged beyond repair’ by the exams chaos, the minister said: ‘What we both failed to recognise was the fact that we weren’t in peace time.

‘Some of the systems and structures that were historically in place were probably not always best designed for when you’re in that global pandemic.’