Gym and nightclub owners have warned of job losses and crippling financial pain after the government announced their venues will have to remain closed.

While the government revealed on Wednesday that Melbourne cafes, restaurants and retail would reopen from Friday, gyms are set to remain shut for at least another week, as Chief Health Officer Brett Sutton described the venues as “high-risk environments”. 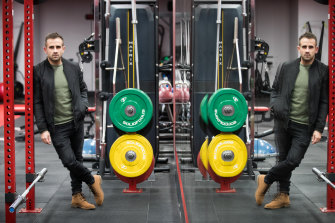 The news was a blow for Snap Fitness Footscray owner Matt Bender who had organised a deep clean of his gym, refilled hand sanitiser dispensers and briefed personal trainers in anticipation of reopening later this week.

“This a kick in the guts,” he said. “It’s just devastating.”

He said gyms operated some of the country’s best contact tracing systems, with members required to swipe in with cards that recorded their movements. His gym is cleaned daily and members are provided with hospital grade disinfectant and wipes.

The father of two said Melbourne’s four lockdowns had already cost his business more than $500,000 and being closed for an additional week would set him back about another $20,000.

But Mr Bender said his main concern was the livelihood of staff, all of whom don’t qualify for government subsidies and will not be paid, and the mental and physical health of members.

“The industry is being trashed based on evidence that does not cut it,” he said, referring to Mr Sutton’s comment that a significant outbreak of 27 coronavirus cases took place in gyms during Victoria’s second wave.

Mr Elvish disputed this claim, and said while an outbreak of 27 cases had been linked to a Hallam boxing studio last year, many of these transmissions took place outside the venue.

Hank Oudendyk, owner of onesixone nightclub in Prahran, had been planning on reopening his venue this weekend to celebrate its 22nd anniversary.

“This was going to be our biggest weekend of the year,” he said.

“I support the government in most of their initiatives in keeping the virus under control, but this is very disappointing. I expected to open a bit quicker.”

Mr Oudendyk said most of the community transmission during the latest outbreak had been in offices and households, yet nightclubs were being punished. At the very least, they should be able to offer seated services, like bars.

He said closing for an extra week would cost his business more than $100,000 and while he was able to continue paying permanent staff, casual staff would not be paid.

Stay across the most crucial developments related to the pandemic with the Coronavirus Update. Sign up to receive the weekly newsletter.