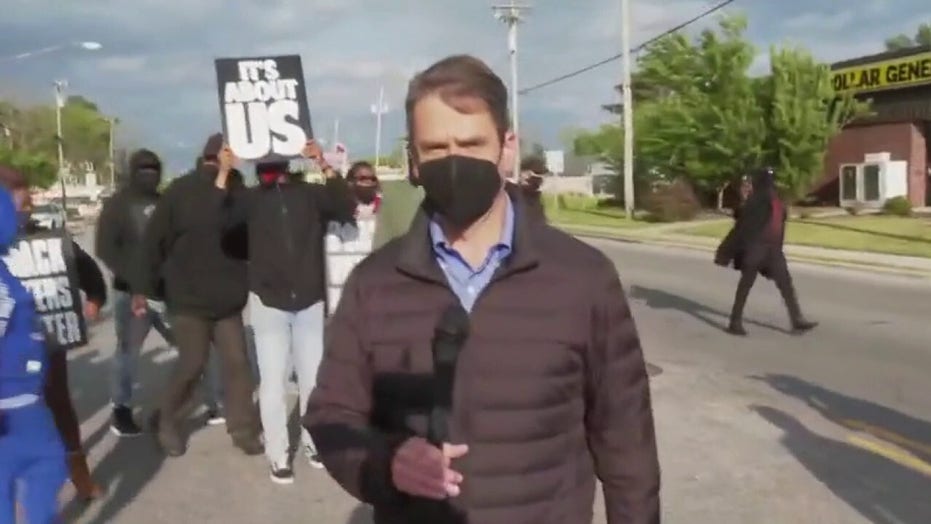 Seven North Carolina sheriff’s deputies have been placed on administrative leave following the fatal police shooting of a Black man on Wednesday, according to reports.

Sheriff Tommy Wooten claimed the deputies were executing a search warrant and an arrest warrant for felony drug charges when Andrew Brown Jr. was “fatally wounded.”

“Our deputies attempted to serve the arrest warrant,” Wooten told reporters in a statement released Wednesday. “They fired the shots. They’ve been put on administrative leave until we know all the facts.” 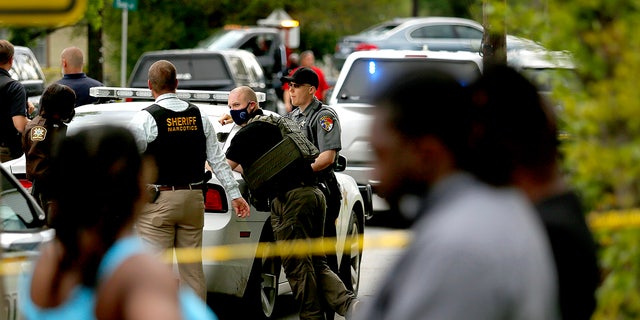 Law enforcement investigate the scene of a police involved shooting, Wednesday, April 21, 2021, in Elizabeth City, N.C. A North Carolina sheriff says the deputy who shot and killed a man while serving a search warrant has been put on leave pending an investigation. Pasquotank County Sheriff Tommy Wooten II did not identify the deputy who fired the shot Wednesday. (Stephen M. Katz/The Virginian-Pilot via AP)

“What I will say is that if evidence shows that any of my deputies violate the law or policies, they will be held accountable,” Wooten added.

Maj. Aaron Wallio of the Pasquotank County Sheriff’s Office confirmed Friday that the seven deputies were on leave, while two others have resigned and one has retired since the shooting of Brown in Elizabeth City, The New York Times reported.

The sheriff’s office has claimed that the resignations are not related to the incident.

The office has not described the circumstances surrounding the incident further, which has led to increased demands for the sheriff’s office to release the deputies’ body camera footage. 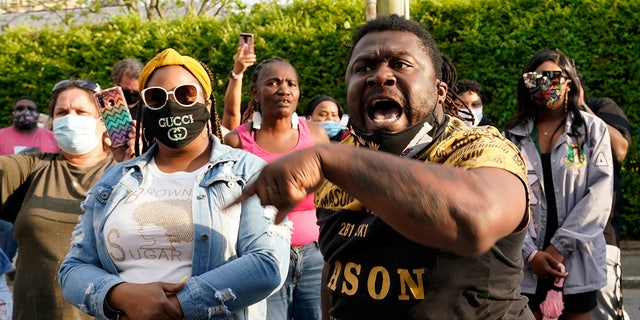 People gather outside the municipal building after at least one Pasquotank County Sheriff’s deputy shot and killed a Black man while executing a search warrant, the sheriff’s office said. (AP Photo/Gerry Broome)

The day before the shooting, nearby Dare County issued two arrest warrants for Brown on drug-related charges, including possession with intent to sell cocaine, according to court documents released Thursday.

An eyewitness said deputies fired at Brown multiple times as he tried to drive away. The car skidded out of Brown’s yard and hit a tree, said Demetria Williams, who lives on the same street. A car that authorities removed from the scene appeared to have multiple bullet holes.

Daily demonstrations have occurred since the shooting, with protesters demanding more information.

Members of the Elizabeth City Council voted unanimously during an emergency meeting Friday to formally call on authorities to release the body camera footage.

Elizabeth City Manager Montre Freeman called a news conference Saturday to voice support for Brown Jr.’s family and the protesters who demanded justice. He also revealed that he will push for the release of the body camera footage on Monday.

“My council drafted a letter and signed it yesterday as a result of our emergency meeting, and I will be delivering that letter to the sheriff’s department making a request for the release of that body cam footage,” Freeman told Fox News correspondent Griff Jenkins, who obtained exclusive video of the shooting scene. “Not only to us, but to the public.”

Officials with the North Carolina State Bureau of Investigation, which is leading the probe into the shooting, said the footage can only be released by a court order.

Gov. Roy Cooper also called for the release of the body camera footage. He posted a statement on Twitter, saying that the shooting was “tragic” and “extremely concerning.”