FIFTY-nine Royal Navy nuclear submarine crew have been kicked out in the past four years for taking drugs, official figures show. 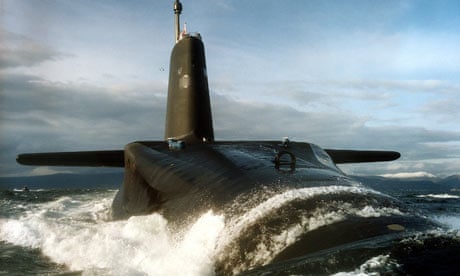 It raise security concerns as part of the ten-strong fleet carries the UK’s nuclear deterrent.

The Ministry of Defence says seven submariners failed tests this year, on top of 52 in the previous three years.

It is believed some were on Vanguard-class vessels, armed with Trident nuclear missiles.

There are four in the fleet, with one constantly at sea to keep the nation’s nuclear deterrent available round-the-clock.

BBC drama Vigil, with Suranne Jones, recently depicted a murder and drug use on one.

The 59 crew were among a total of 350 Navy personnel axed over drugs in the same period.

The MoD said that no drugs have been found on a submarine in the last three years.

A Navy spokesperson said: “The Royal Navy has a zero-tolerance policy towards the misuse of drugs.

“This policy is in place to ensure that operational effectiveness is not compromised.”