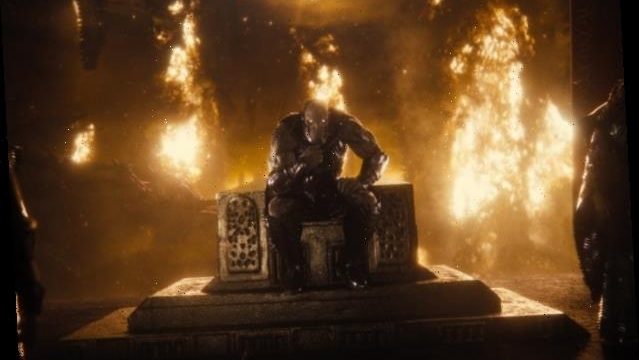 The Snyder Cut arrives on HBO Max this Friday

With less than a week to go before it releases on HBO Max, “Zack Snyder’s Justice League” got its final trailer released on Sunday, with Darkseid and Superman taking center stage amidst a battle for all of existence.

The film, which features some new footage shot specifically for Snyder’s version of the film, has a four-hour run time and will have significant changes made to the version that was released in 2017, which was finished by Joss Whedon after Snyder left production due to the death of his daughter.

Chief among those changes is an increased focus on Cyborg, played by Ray Fisher, who has been teased as the “heart” of the new version. Fisher has made headlines for his repeated criticisms of Whedon’s version on social media for its changes to the character, as well as alleged abuse during filming which Fisher said went unchecked by Warner Bros. executives.

Now, after years of fan demands, the “Snyder Cut” is seeing the light of day on March 18, with a special virtual watch party being held by Warner Bros. on the day of its release. The live watch party will be available to all HBO Max subscribers via the website Scener, and will feature an introduction and live commentary by Snyder starting at 7 PM ET.

Watch the new trailer in the clip above.