On today’s show, Jeremy Vine chaired a debate on whether the Covid public inquiry should be brought forward with both Channel 5 callers and guests Dr Shola Mos-Shogbamimu and broadcaster Anne Diamond sharing their opinions. However, one angry viewer felt political activist Dr Shola was using the debate as an excuse to “bash” Boris Johnson.

During the debate, the Channel 5 host received several calls from viewers who were divided on whether the inquiry should be brought forward or scrapped altogether.

Caller Patrick said: “I don’t know WHY people want to waste millions of pounds holding an inquiry BEcause it will be a waste, nothing will happen to Boris Johnson OR the scientists, they’ve done their best.

“You’re a Boris basher lady, that’s all you are and I’m sorry but that’s what you are.” 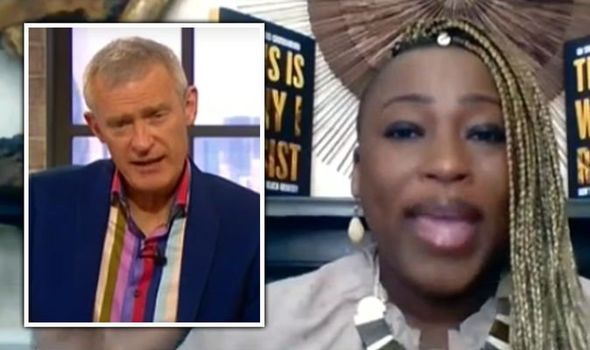 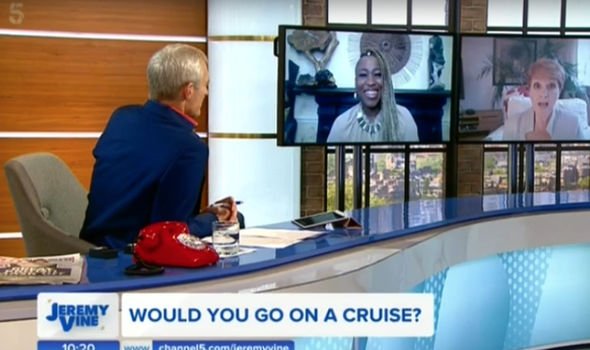 “Her name is Dr Shola but you can call her lady if you want,” Jeremy remarked and the caller hit back: “Well she is a lady, Jeremy.”

“Patrick, thank you first of all my name is Dr Shola Mos-Shogbamimu,” the political activist replied.

“This isn’t about bashing, this is about holding to account. I don’t care if you call it bashing all I know is that thousands of deaths could have been prevented.” 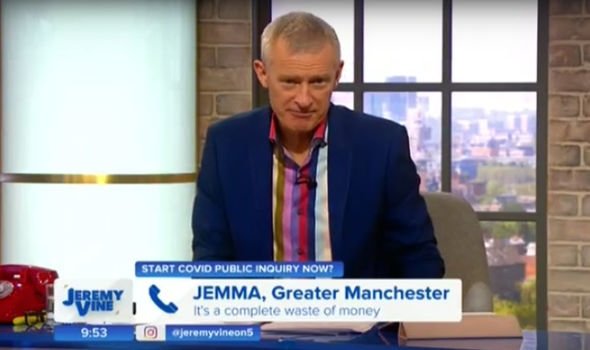 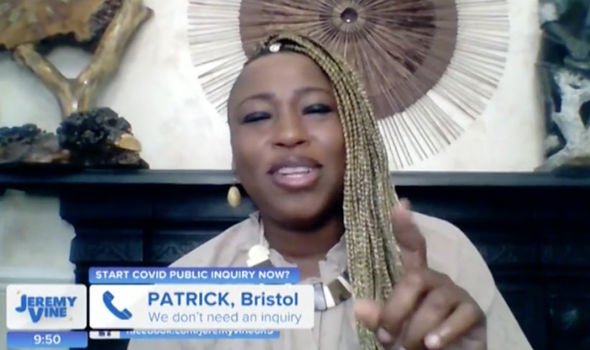 “That fact that you don’t care about that, I think that says more about you than it says about me,” she continued.

“The fact that you have a mindset that nothing will change, that says more about you than it says about me.”

“We should stand together and bring about change,” Dr Shola added.

Jeremy Vine viewers were divided by the debate as they took to Twitter to share their thoughts on the Covid inquiry.

One tweeted: “The pandemic is not over. Let’s concentrate on getting through it and then it will be time for an independent inquiry.”

Another remarked: “I don’t see the urgency to blame anybody, I’d like to know what the complainers would have done differently. This virus is like nothing we have known before,the experts have agreed on that. The roll out of the vaccine has been a magnificent achievement, we have been very lucky.”

“Not sure what an enquiry will achieve apart from more money being spent needlessly. Scientists knew how a path of pandemic would be (we were told two years in work) but until it actually happens no one really knows & it’s reliant upon us the public listening & that’s not a given,” a third tweeted.

Another viewer wrote: “We need to learn from it both for this pandemic and the next.”

Someone else added: “I’m afraid waiting until next year can only be a good thing for the current government. It gives them time to have an answer for any question. They’ll be working on that for the next year. Believe me, no-one will be held accountable for the lives lost.”

“It needs to start now. None of us expected a pandemic in 2020, none of us knows when the next will be,” a sixth shared.

Jeremy Vine airs on weekdays on Channel 5 at 9.15am.