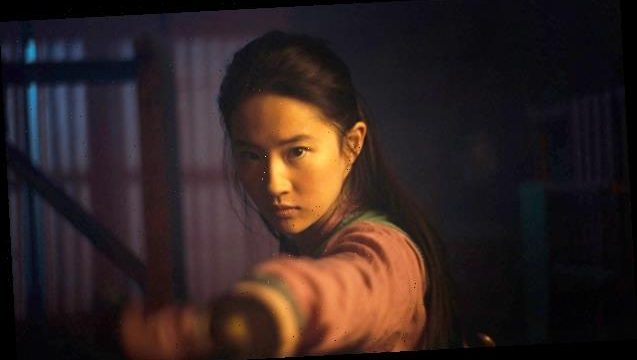 Today, audiences will finally get to see Liu Yifei bring Disney’s beloved ‘Mulan’ to life in the live-action film, available on Disney+! Here’s what you need to know about the Chinese actress.

After years of anticipation and a number of delays, audiences new and old will finally see the live-action iteration of Disney’s beloved story Mulan today, September 4 on Disney+. The story is very much the same as the 1998 animated film — a young woman takes her father’s place to fight in the army and “bring honor” to those she loves. In director Niki Caro‘s adaptation, however, new villains are introduced, including a shapeshifting sorceress! Whereas the animated version established talents like Ming-Na Wen with the stunning voice of Lea Salonga, a new hero takes the reins this time around. Yifei Liu will be Disney’s latest princess, and she is as fierce and loyal as they come! As families settle in to watch actress Yifei Liu take on the titular role, here are five things you should know about the actress!

1) Yifei Liu, 33, was born in the Hubei province of China. She is an only child, and her birth name was “An Feng.” Liu changed her name to Liu Ximeizi after her parents divorced when she was seven years old, and then she began modeling. She also began taking lessons to sing, dance and act, which helped build her skill set at a very young age. Later on she graduated from the Beijing Film Academy in 2006.

2) Liu lived in America for five years. When she was just 10 years old Liu and her mom, Liu Xiaoli, moved to New York City where she attended an American middle school. The move was short-lived, and in 2002 Liu returned to China to further pursue her acting career. While she was attending the Beijing Film Academy, Liu received a number of offers to star in Chinese television shows. She began acting on television in 2003 on the series The Story of a Noble Family, and by 2008 she transitioned into films.

3) ‘Mulan’ will be her first big international debut. While Liu’s acting career has thrived in China, now that she has been cast in Disney’s Mulan she is bound to be an international star. This will mark the first time she’s starring in a film that will be shown all over the world, including America. No pressure!

4) She had a brief singing career. In 2005, Liu signed a record contract with Sony Music Entertainment in Japan. She released a Japanese album in 2006 which featured a song called “Mayonaka no Doa” was used for the Powerpuff Girls series in Tokyo.

5) Liu beat out over 1,000 candidates for the role of ‘Mulan’. According to multiple reports, Disney searched far and wide for at least a year to find their perfect real-life Disney princess. Talk about getting lucky!