EXCLUSIVE: 1883, the origin story of how Yellowstone‘s Dutton Family came to own the largest ranch in Montana, began production yesterday in Fort Worth, TX. Taylor Sheridan, who wrote all 10 of Season 1’s episodes, is directing the pilot. He has added to the principal cast Isabel May (Alexa and Katie) who’ll play Elsa, the eldest daughter of John and Margaret Dutton (played by Tim McGraw and Faith Hill). Through her eyes will come much of the perspective of the family’s struggle when they up and leave Texas aboard a wagon train caravan into hostile territory toward a better life in Montana, where the fictional Duttons reside in the present. LaMonica Garrett (The Terminal List) has also joined the main cast as the right hand of Pinkerton agent Shea Brennan (Sam Elliott), who hitches a ride with the Duttons and many others who’ll fill the 30 actual wagon trains built for this epic-sized adventure series that EP and 101 Studios CEO David Glasser said has the ambitious spirit of past period frontier classics Lonesome Dove, Last of the Mohicans and Dances With Wolves.

I’ve heard that the budget of 1883 costs more than what’s spent on the slickly produced Yellowstone, which begins its fourth season November 7. It’s a testament of the faith that ViacomCBS placed in Sheridan when it gave him its largest overall deal, one worth nine figures, this after Yellowstone became the highest-rated series on cable TV and the signature series on the Paramount Network. Sheridan has the opportunity to become the cornerstone show creator for Paramount+; the prolific creator and showrunner might well have as many as five dramas on the streaming service within the next 18 months. There is already the Jeremy Renner-Dianne Wiest-starrer Mayor of Kingstown bowing November 14, with 1883 coming December 19. Both will air exclusively on Paramount+, though the debut episodes of both series will also air on the Paramount Network following new episodes from Yellowstone‘s fourth season. At least three more Sheridan-created dramas are in the writing or casting stage — one is a Yellowstone spinoff. 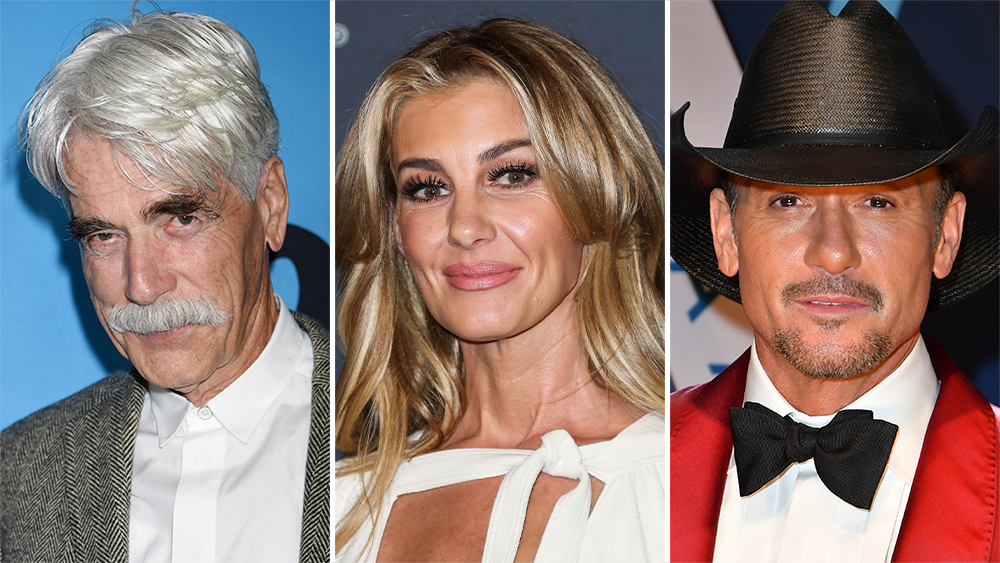 On future show creations, Sheridan will likely write the pilot and second episode along with the bible for each show, and lean on the team of writers and directors accumulated through Yellowstone.

It’s not like he had a drawer full of scripts, awaiting his break. Sheridan hustled to make a living as a working actor on series including Sons of Anarchy and Walker, Texas Ranger before he quit as he neared 40 and grew tired of seeing his name descend on the call sheet, realizing he might not be able to support his family on that paycheck. So he began writing screenplays, furiously, basically trying not to repeat the plotting mistakes and clichés he would see in the scripts he had acted in over the course of his career. It didn’t take him long: Sheridan’s first produced script was the Denis Villenueve-directed Sicario (he later wrote its sequel Soldado), followed by Hell or High Water, Wind River (his directing debut) and most recently Those Who Wish Me Dead. The dramas share a strong sense of frontier justice, and the blurred line between good and evil. Those themes lent themselves perfectly to Yellowstone, which he created with John Linson. That script was good enough to draw Kevin Costner to a rare series foray, playing Dutton family patriarch John Dutton. Now, 1883 drew Oscar-nominated Sam Elliott, and country singing stars McGraw and Hill to play the Duttons who staked claim to the ranch. 101’s Glasser said that Sheridan is making the most of his second act as writer-director, and has proven a deep wellspring for ideas that lend themselves to episodic drama series as well as they did movies.

“When Taylor creates, in his mind he can take you down a rabbit hole with 15 layers deep on the lineage of a story, something I’ve never seen another creator do,” Glasser told Deadline. “Ask him a question about a character, he’ll take you back 10 or 30 years. That’s what happened here with 1883. Taylor was thinking about the story of the Duttons and their journey. He’s played with flashbacks before on Yellowstone, like with Rip (Cole Hauser) as a young boy. Most of his characters had flashbacks because that is how Taylor thinks. If you had a conversation with him on set about it, long before he came up with this idea, he would tell you the Dutton story, and you would be mesmerized enough to say, ‘Well why are we not making that?’ We’re sitting here making this incredible television show in Yellowstone, but what you’re telling me is absolutely magic. It seemed organic for him to sit down and start at the beginning.”

The third season of Yellowstone left off with John Dutton shot on the side of the road, daughter Beth (Kelly Reilly) not visible as the storefront of her office firebomb exploded into the street, and son Kayce (Luke Grimes) flipping over his desk and trading gunfire with killer mercenaries. The family’s late-1800s journey to claim that vast Montana land they fight to maintain is fraught with peril of a different kind.

“[Taylor] created this show about this amazing family, and now it just seemed natural and organic to start with the Duttons as they made their journey across America,” Glasser said. “What’s beautiful about the story is, it’s a time we’ve forgotten, what a family would do to find a place to settle, and the risks and trials and tribulations of what people went through. These are real struggles, about people dying along the way, in search of a better future for their families. The core of the story is always family, and you see the innocent perspective of the daughter Elsa, and through Faith’s eyes, and through the eyes of the father, played by Tim, and this incredible character Shea, played by Sam Elliott. He’s seen it all and might be on his last journey. There is something that happens that explains each character’s reason for leaving to build a new life. The world Taylor has created is magic.” 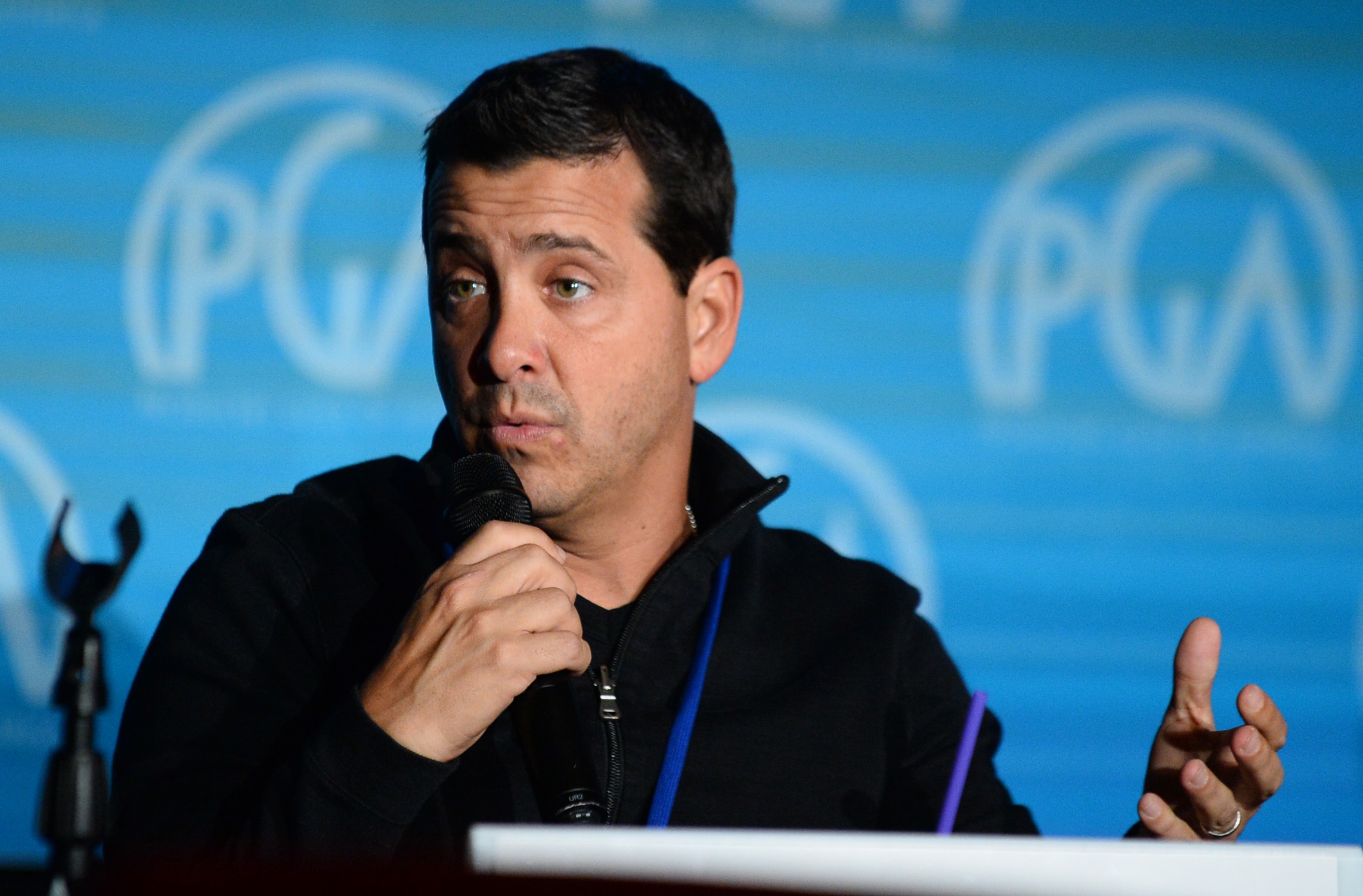 Staging a frontier story is a challenge in the current optics that make treatment of Native Americans in past Westerns seem insensitive at the least, but Sheridan has been an advocate for Native American issues and struggles on the reservation for years, details of which were dealt with in Wind River and on Yellowstone. Glasser said Sheridan has a team of advisers from those projects to make sure things are accurate, and there are meticulous details down to the languages that would have been spoken at that time by the tribes the Duttons would have encountered en route from Texas to Montana in the 1880s. Sheridan also enlisted Yellowstone‘s production design trio — production designer Cary White, set decorator Carly Curry and art director Yvonne Boudreau — who recently drew that drama’s first Emmy nominations.

Glasser would not comment on episode budgets, but he said that ViacomCBS knew going in that Sheridan was after real authenticity and that it wouldn’t come cheap.

“They came to Taylor early on, and described how they wanted to build the streaming service by putting some incredible content on the air, and Taylor said, ‘I have it. I want to do the prequel to the Duttons but this is going to be a big epic huge show.’ They didn’t blink,” Glasser said. “They’re really going for it, making shows that tell big stories. They’re very serious about what they want the streaming service to be and what will define it. I think there is a huge audience that is going to want to be part of Taylor’s shows.

“Taylor is shooting this with 30 wagon trains, going across America,” he said. “The Duttons travel with other families, and pick up other groups along the way. It’s like a moving city. Taylor didn’t want to do it CGI, where you could have built 10 wagon trains and with the world we’re living in today, you could have added 20. We’re taking 30 wagon trains across America, and he’s re-created everything. We are shooting in Dallas, Forth Worth. We’ve built an entire 1800s town in the stockyards of Forth Worth. We’re shooting in Palestine and Guthrie, Texas, and then eventually we get to Montana, to the Dutton ranch by the end of Season 1. There’s nothing that exists we could use for this. There are no buildings. We’re building an entire city of downtown Fort Worth, with all the hustle and bustle. Every piece of wardrobe, guns, even saddles weren’t what they are today. Everything had to be built, top to bottom. Viacom stepped up when Taylor said, ‘Look, this is not going to be an easy or inexpensive show to make. This is going to be epic and huge and I want to tell it in the scope as if I were making a 10-hour movie.’ “

The Yellowstone pilot ran nearly two hours, and the 1883 opening episode might well be longer than most hourlong series. That is a benefit of making it for a streaming service, where it doesn’t have to fit a time slot.

“The great thing about the relationship with the network is, they always let us go on running time, so we’ll see what the first one times out to,” Glasser said. “That’s the great thing about Paramount. There’s no, ‘you’ve got to cut this to 42 minutes.’ Their attitude is, give us the best show and we’ll fit it. They’ve been an incredible partner.”

As for the new cast members, May starred recently in Run Hide Fight, which premiered at 2020 Venice, and has the recurring role of Veronica in the CBS comedy Young Sheldon. She debuted in the Netflix series Alexa and Katie. She’s repped by UTA, Coronel Group and Felker Toczek; Garrett was recently set to star opposite Chris Pratt in the Amazon conspiracy thriller The Terminal List, and earlier this year appeared in the OWN drama series Delilah. He’s repped by APA, Coronel Group and Felker Toczek.