The 21-year-old singer, who came runner-up on the show last year walked out of church this afternoon in an enormous pink dress alongside her blue-suited husband. 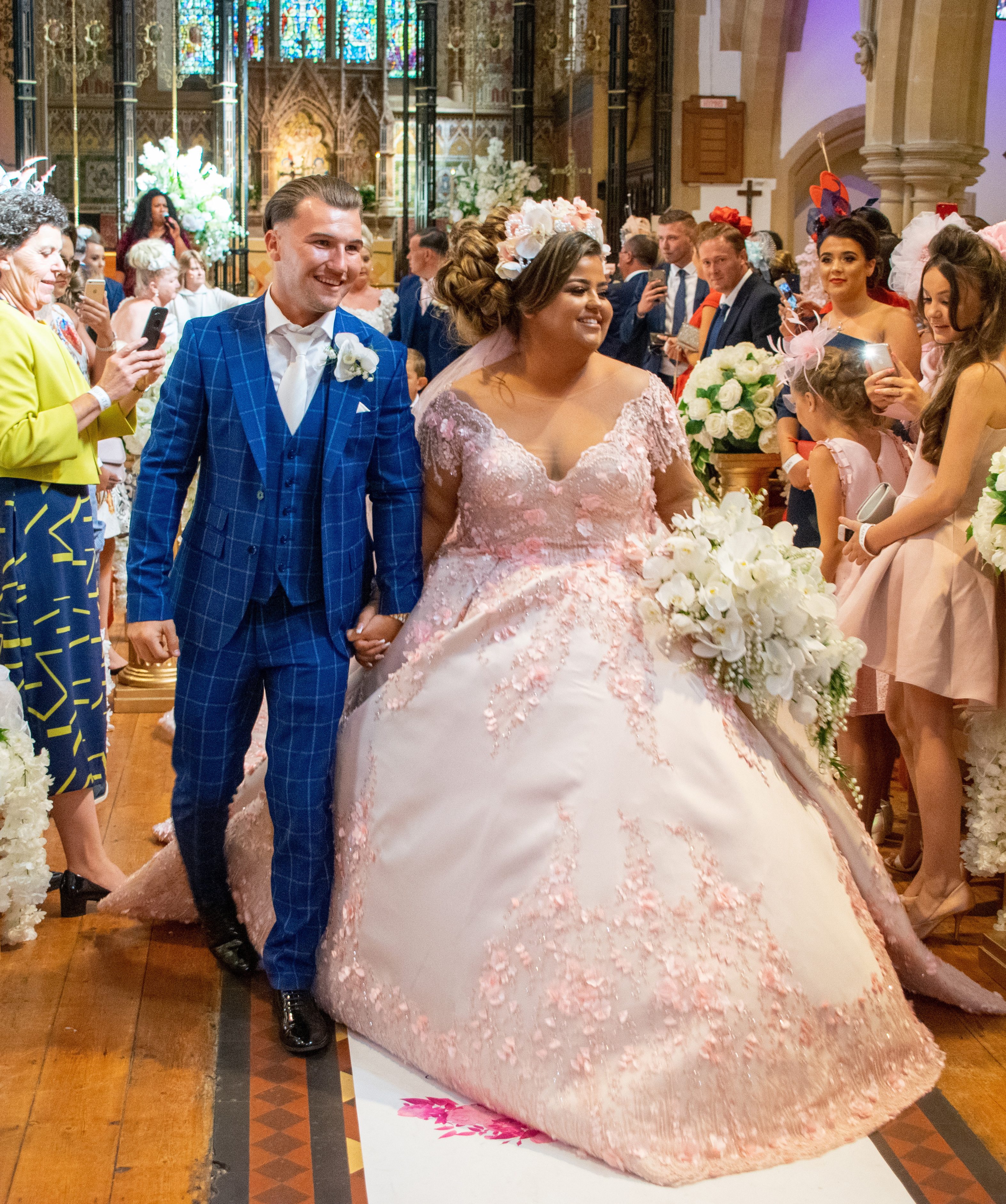 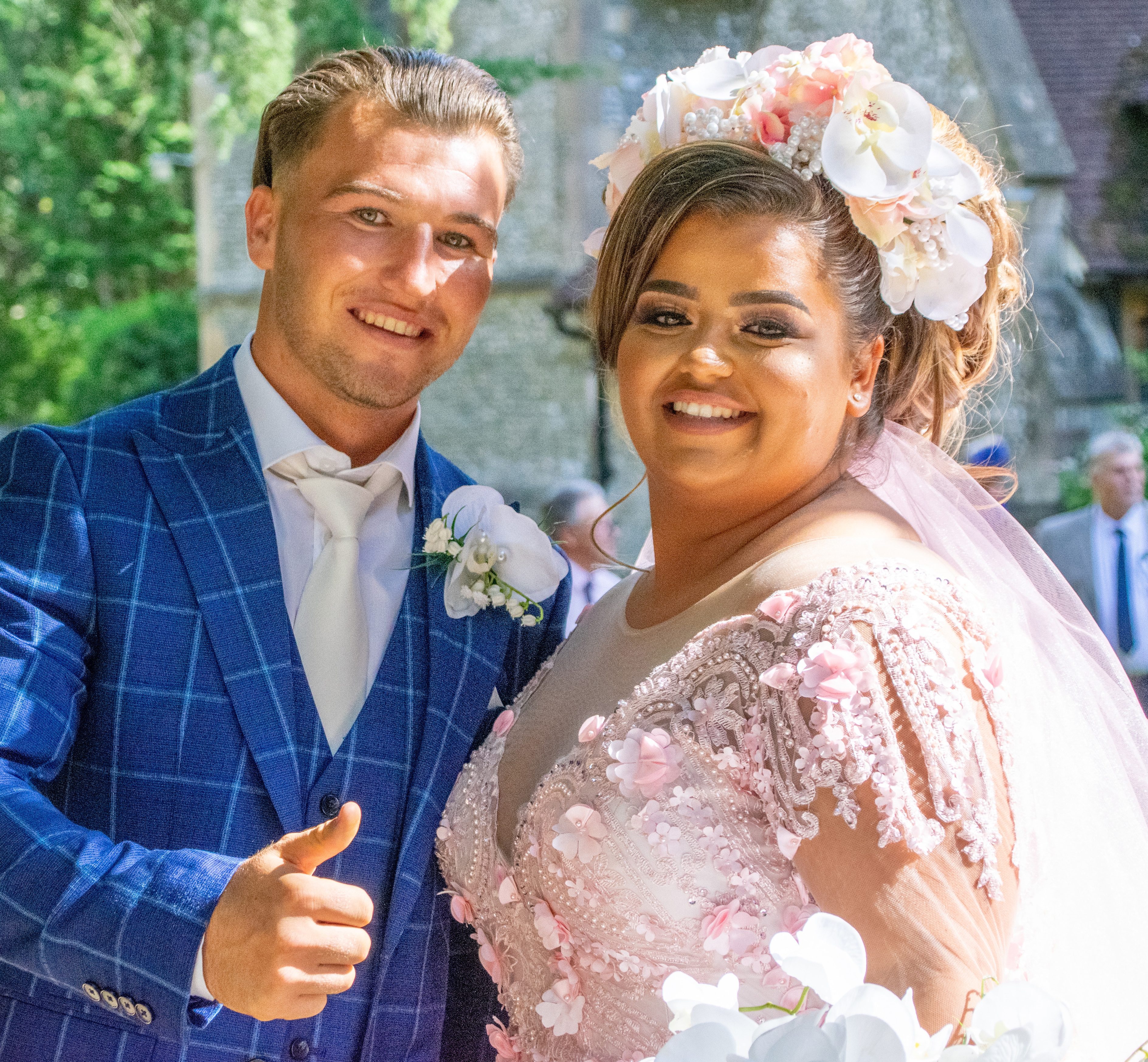 The vast dress, which was specially designed for her, was pink with a huge veil and train that trailed behind her as she left the venue.

The pair posed for pictures, with a delighted Nathan giving cameras a thumbs-up after the service at Christ Church in Epsom Common.

Scarlett got engaged to her boyfriend in January after dating for four years when he proposed to her at her grandparents' graveside. 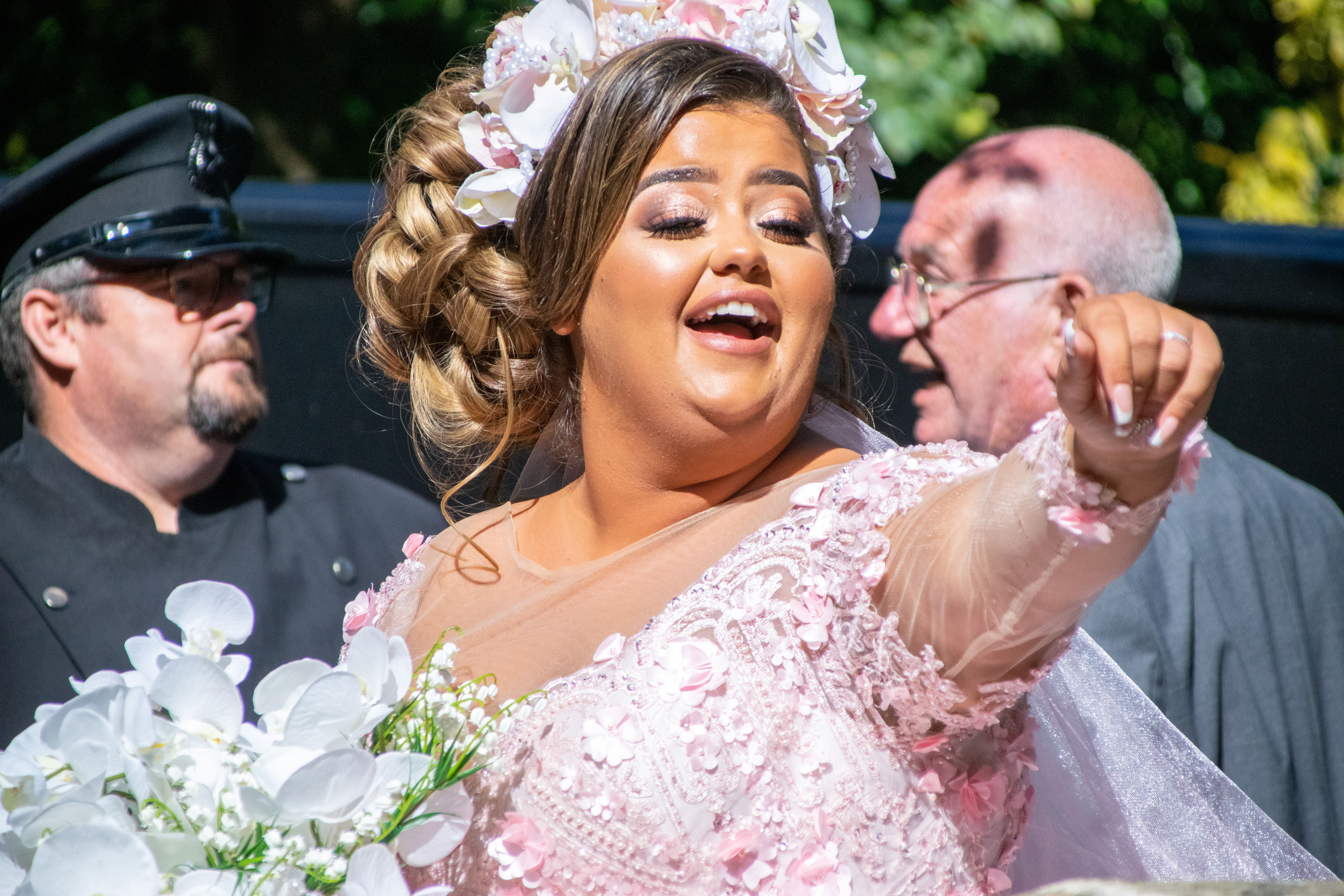 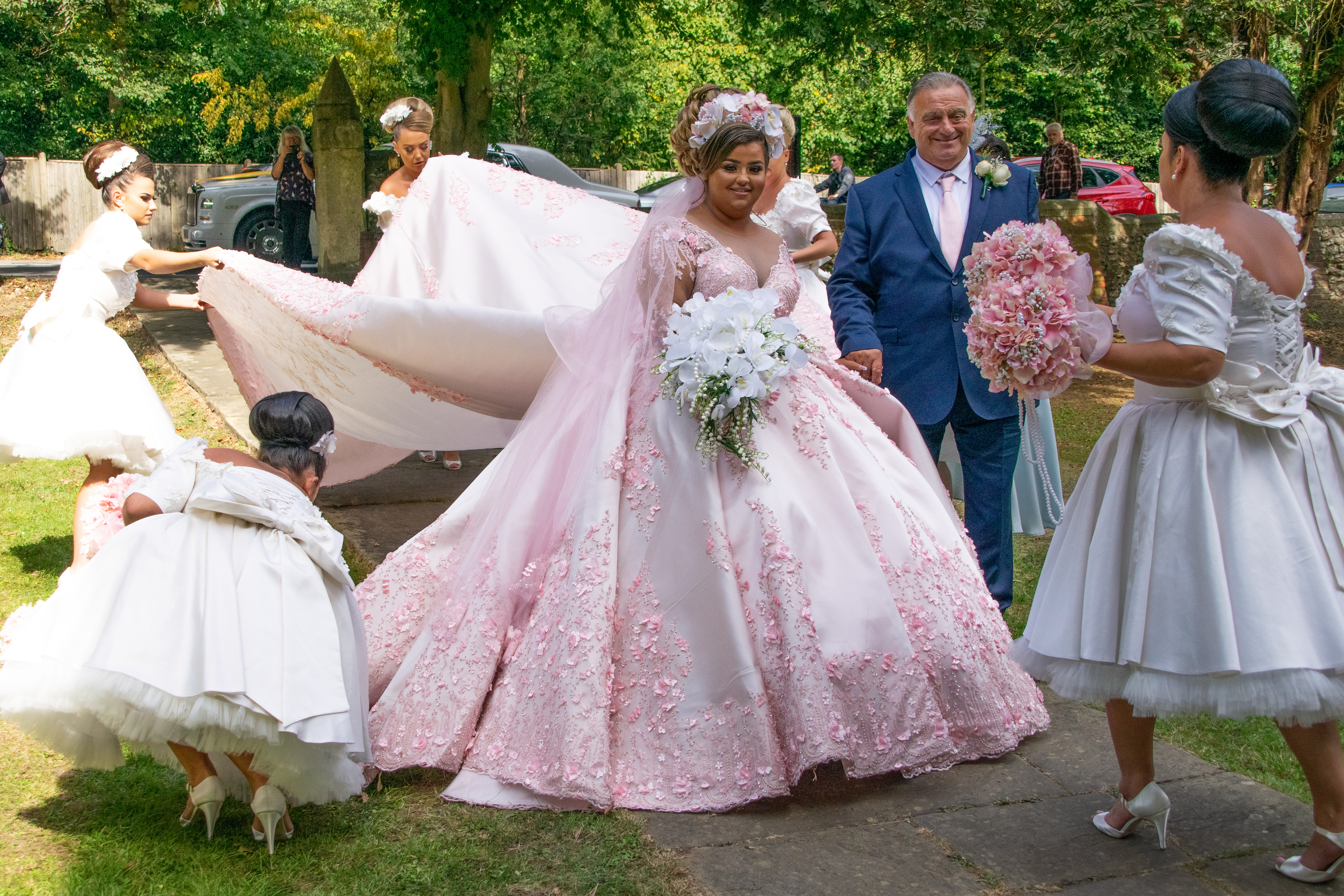 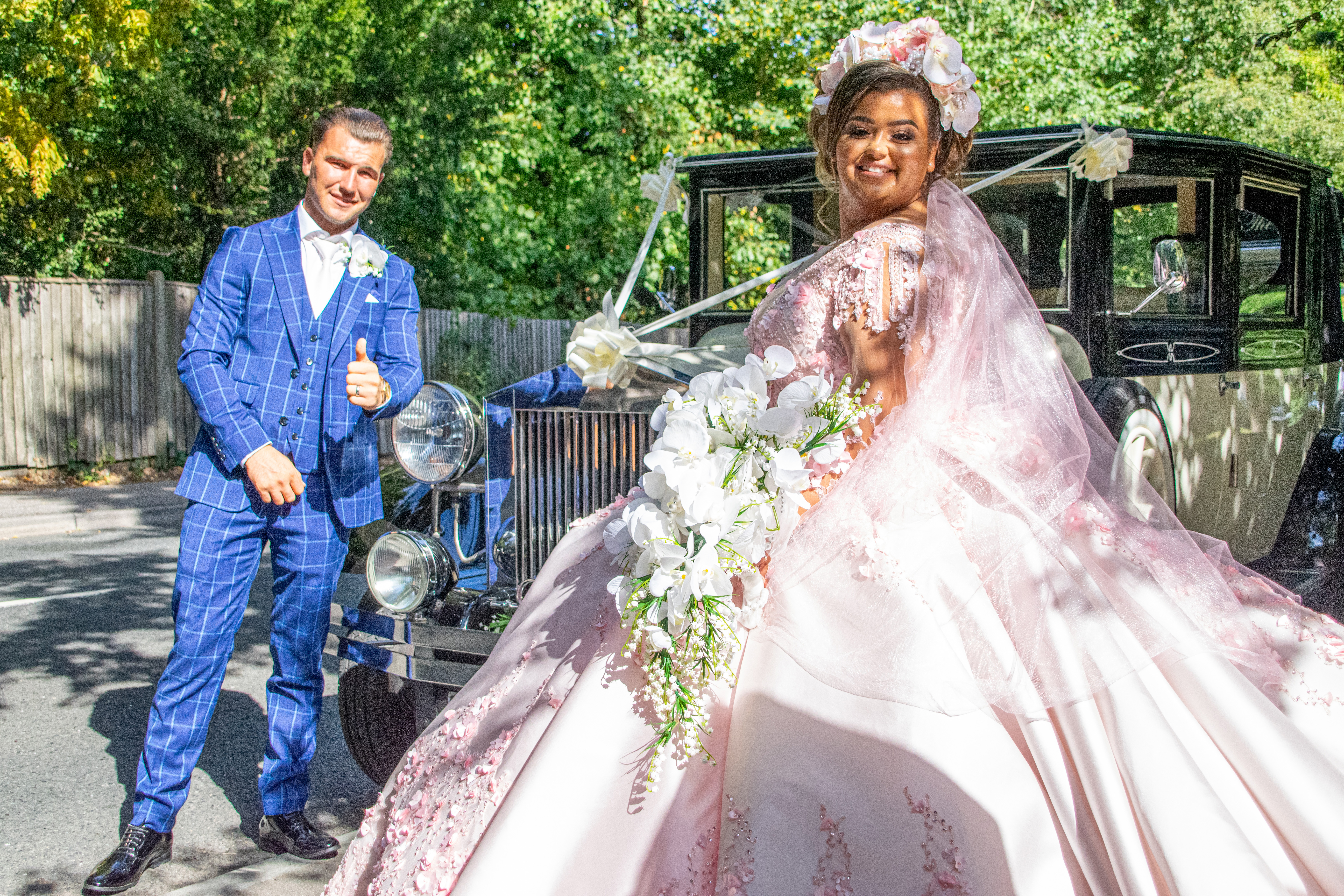 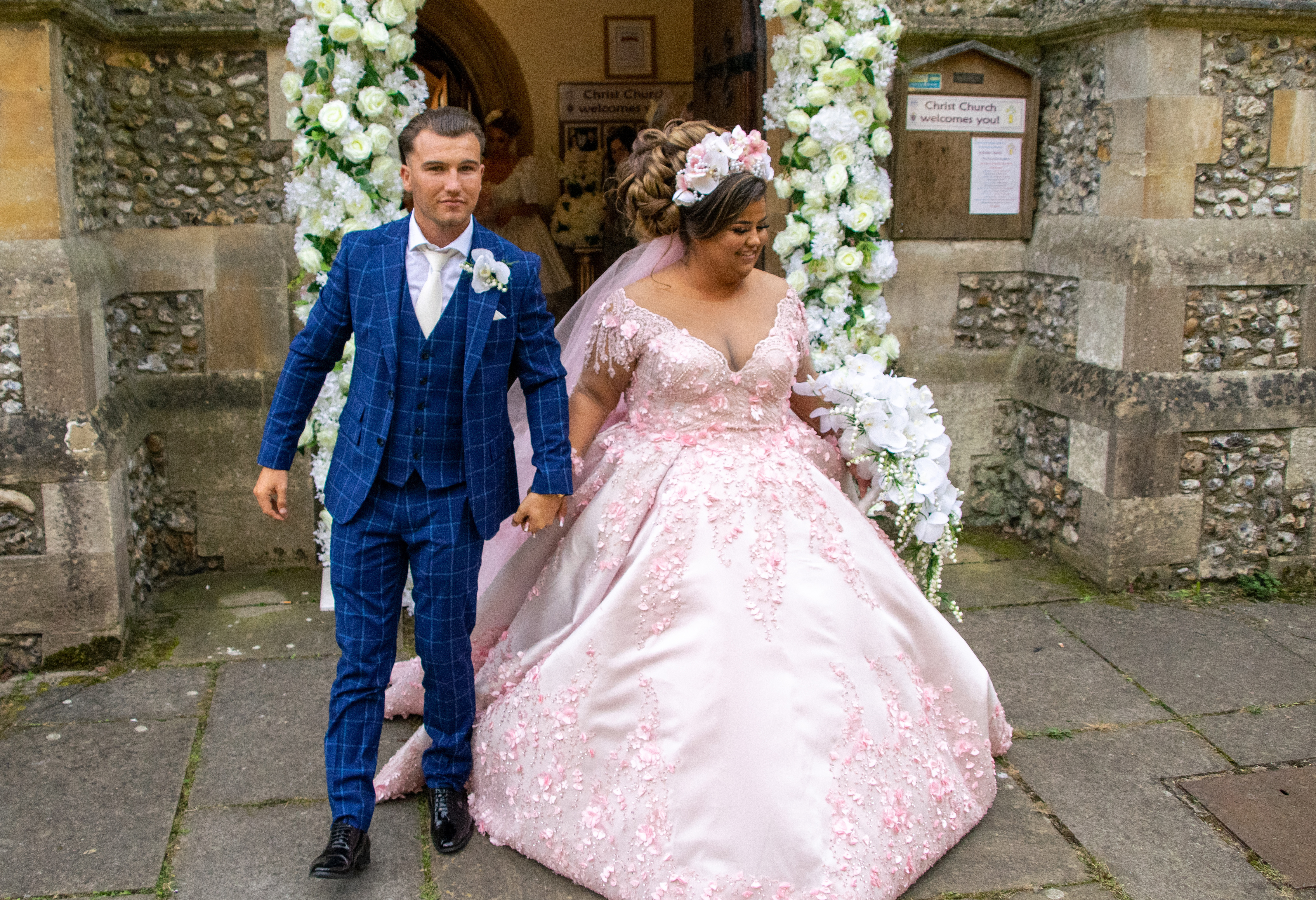 The singer shared a video of the proposal on social media writing: "There’s no other place I would rather of done this, my granny and grandad are my whole world."

Scarlett's time on The X Factor was marked with tragedy when  her brother Benjamin, his wife Sharon and their four young children's caravan burned to the ground.

The fire, believed to have been started by an electrical problem, took six fire crews more than four hours to put out and left only charred remains.

Speaking about the horrifying incident, the contestant later admitted that her stint on the show helped her through the tough time. 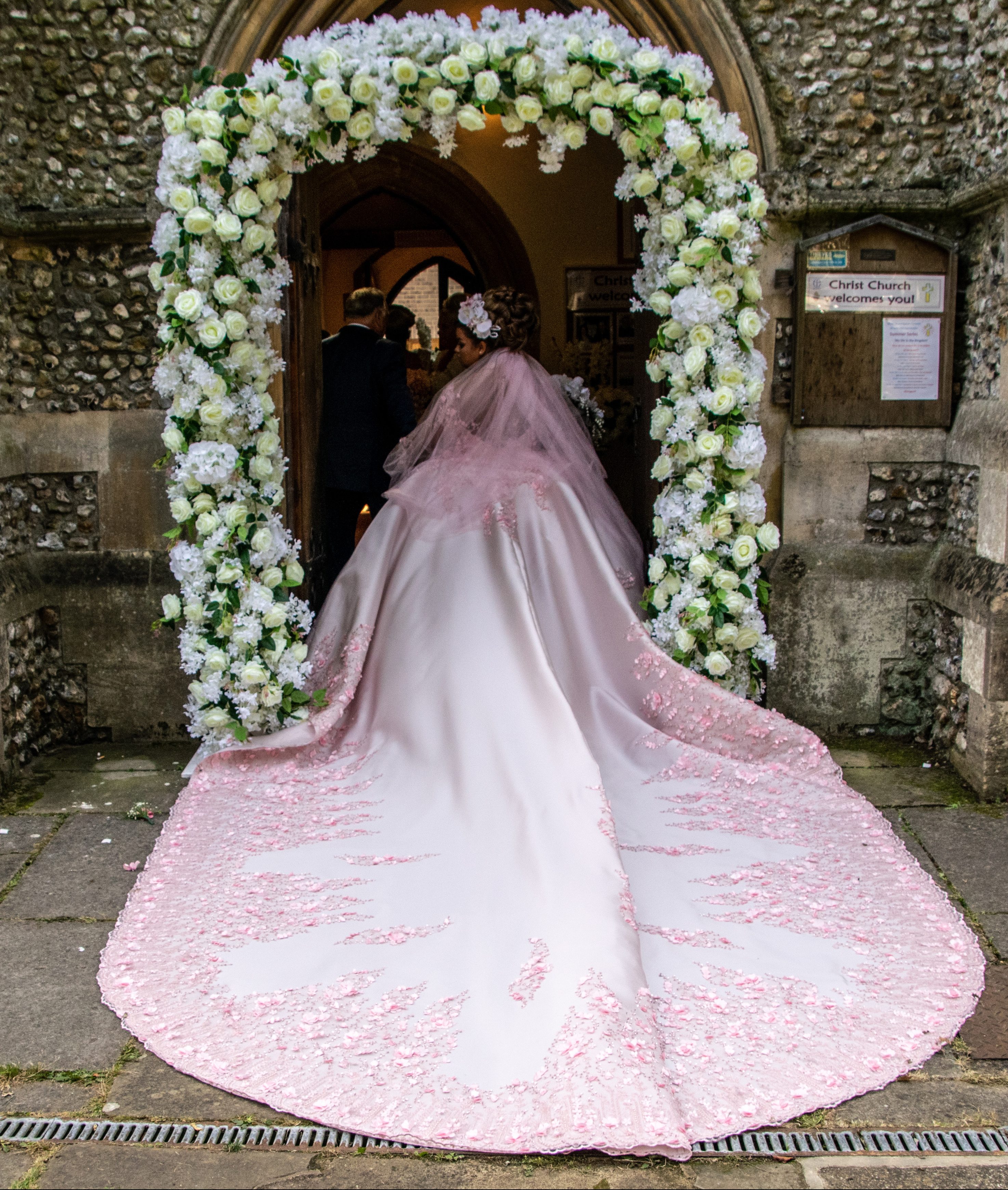 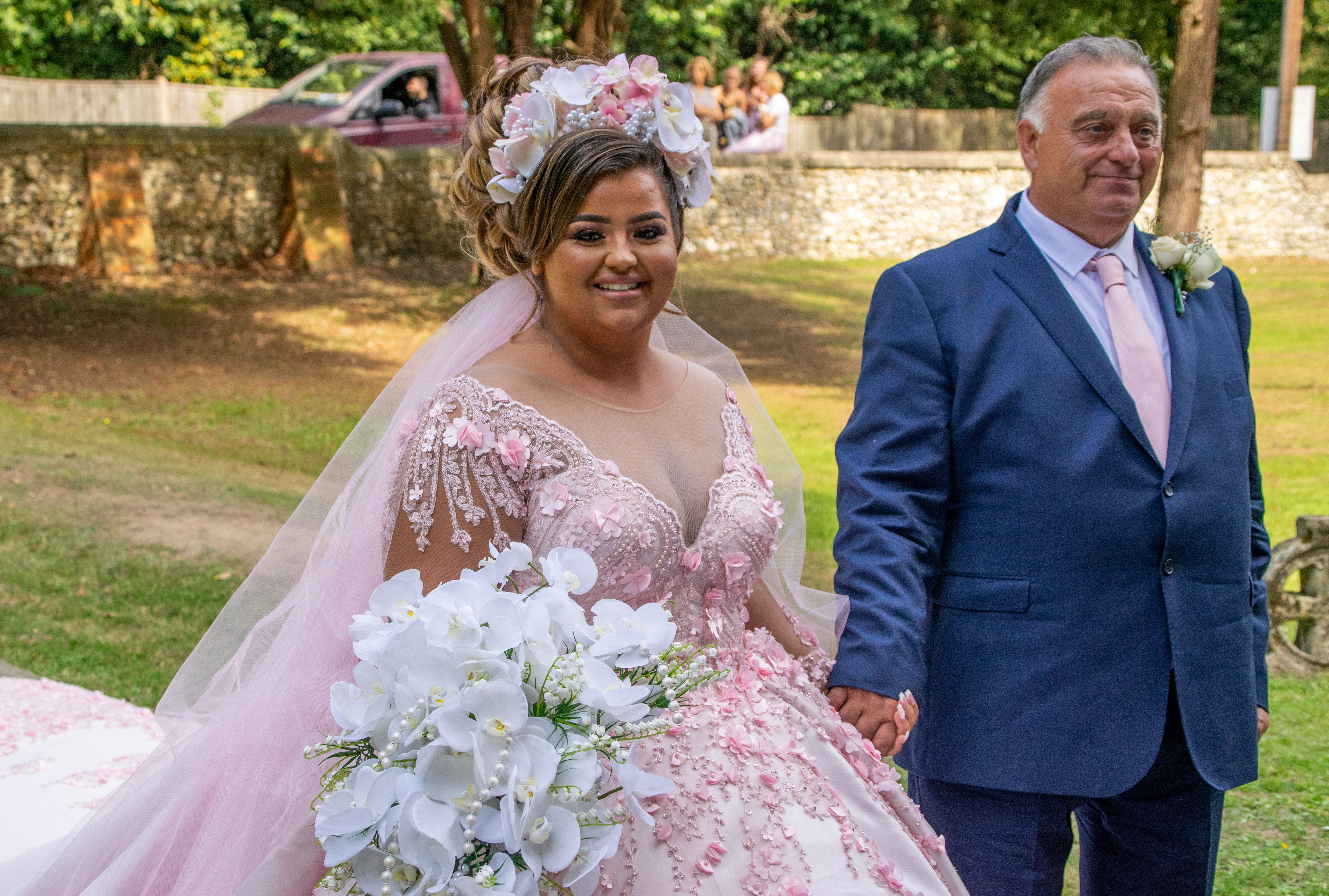 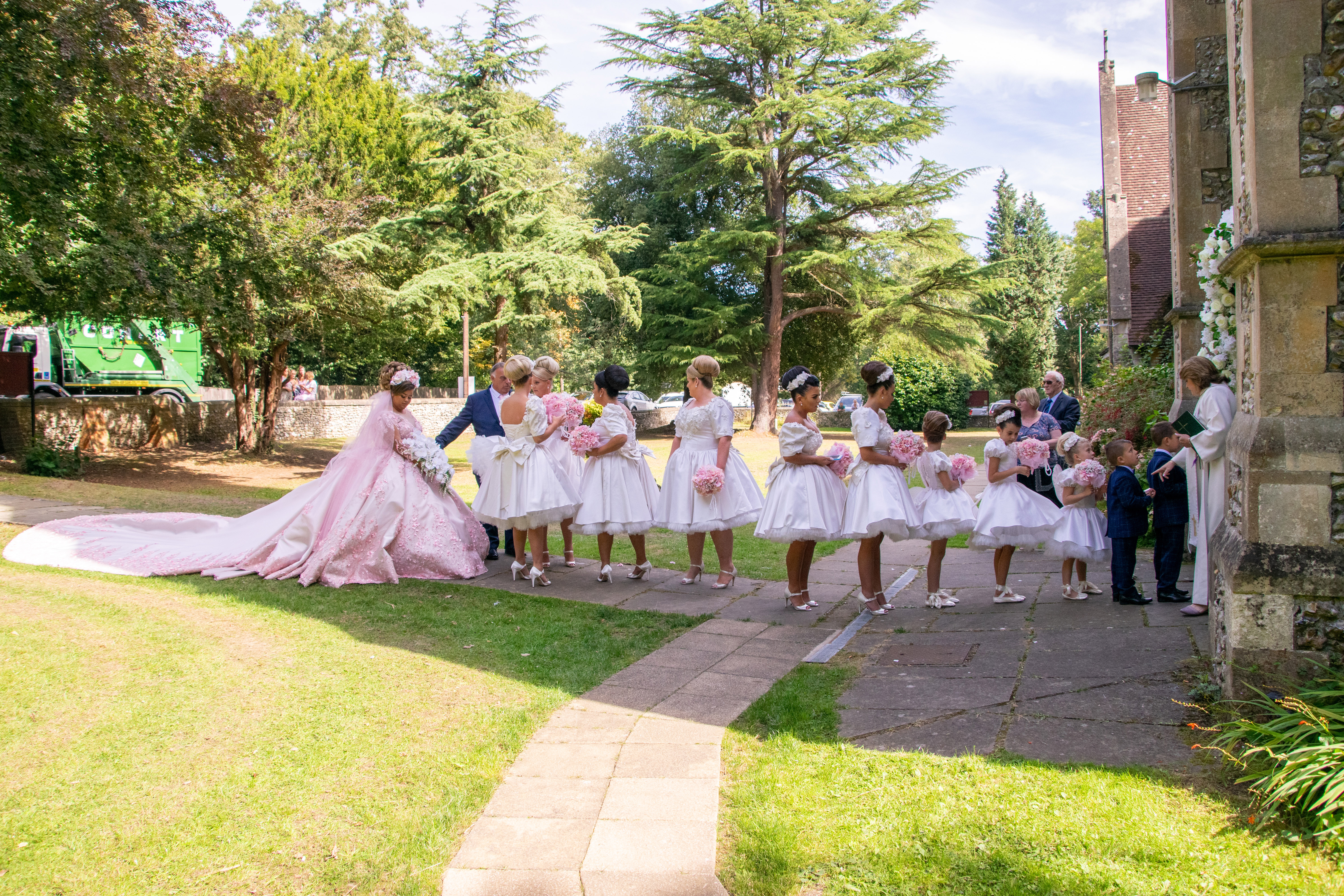 She said: “It was a trauma and this week has been really tough but you know what. I have got things to focus on."