Christmas is the perfect holiday to gather family and watch the plethora of movies that aim to get its audience into the spirit. The 1946 fantasy drama classic It’s a Wonderful Life is one of the staples, which is directed by Frank Capra. However, the cast of the holiday classic didn’t always have the easiest time on-set. A behind-the-scenes look at Capra’s It’s a Wonderful Life indicates that the director had to shut down the set to allow the cast to recover.

What is the meaning of ‘It’s a Wonderful Life’?

Capra’s It’s a Wonderful Life follows George Bailey (James Stewart) as he gives up on his personal dreams. In utter despair, he attempts to commit suicide on Christmas Eve. Clarence Odbody (Henry Travers) is his guardian angel who appears in order to stop him. He takes George on a journey to see the lives that he touched and how his absence from their lives would not be for the better.

Hawkins said, “We believe in Frank Capra’s message that each man’s life touches so many others that if they weren’t around, it would leave an awful hole.”

Frank Capra had to give the cast a chance to recover 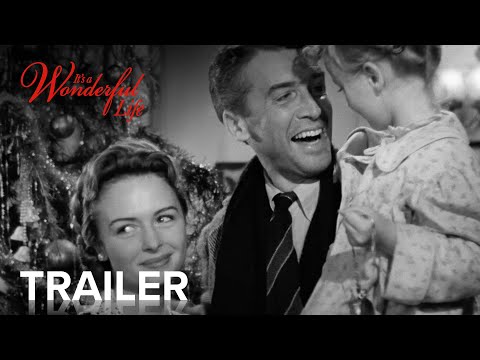 LIFE wrote a profile on Capra’s It’s a Wonderful Life to take a peek behind the scenes. Stewart one called the movie his favorite movie out of his 60-year career. The profile explains the fake snow that Capra wanted to look as lifelike as possible to set conditions. However, many fans don’t know the Christmas film’s on-set conditions.

“What many movie buffs don’t know is that George Bailey’s bleak Christmas Eve was actually shot during a series of 90-degree days in June and July in 1946 on RKO’s ranch in Encino, California,” LIFE’s profile notes. “The days were so hot that Capra gave the cast and crew a day off during filming to recover from heat exhaustion.”

The profile continued: “In the famous scene on the bridge, before he saves Clarence the angel from the dark, swirling waters below, a suicidal George Bailey is clearly sweating—although Jimmy Stewart’s wonderful acting convinces us that fear and dread might well be the reason for that.”

Stewart is an impressive actor who successfully convinces audiences that his heavy sweating from his stress and anxiety has nothing to do with the weather that surrounds him.

Capra’s It’s a Wonderful Life continues to influence filmmakers around the world. However, other filmmakers tried to take a stab at the holiday classic. 1977’s It Happened One Christmas and Merry Christmas, George Bailey are both remakes, while The Christmas Spirit is a retelling of sorts. Meanwhile, Click largely borrows from the classic film.

1990’s Clarence is a made-for-television sequel that follows the angel on another adventure. It’s clear that Capra’s It’s a Wonderful Life left its mark on countless other creators as they continue to borrow from the classic movie that gets a generous amount of annual play during the holidays.