Melania Trump is most well-known for her role in real life as former President Donald Trump’s wife and as first lady of the United States. But before she landed in the White House, Melania was still in the spotlight thanks to her status as Donald’s third wife. The beauty married Donald in 2005, per Insider, after dating on and off since 1998. A year after tying the knot, the couple then welcomed their first and only child together, Barron Trump.

Since she was thrust into the spotlight, she has had a few actors play her on “Saturday Night Live” and even “The Late Show with Stephen Colbert.” On Colbert’s show, Laura Benanti gave Melania’s famous RNC speech. She told Entertainment Tonight that Colbert pointed out her resemblance to Melania, and from there, she took on the now-infamous role. “Then Monday night, after her RNC speech, I got a call from a producer asking me if I would come and do a sketch,” she recalled. “I didn’t know what the sketch was going to be. I just said, ‘Yes, of course,’ and I got my a** on a train. I basically listened to her speak and watched her mouth really intently for about two and a half hours next to a man on a train who thought I was an insane person.”

Benanti definitely did the impression well, but if there were to be a biopic or movie made about the Trumps, Twitter has another person in mind. Who would fans love to see portray Melania on the big screen? 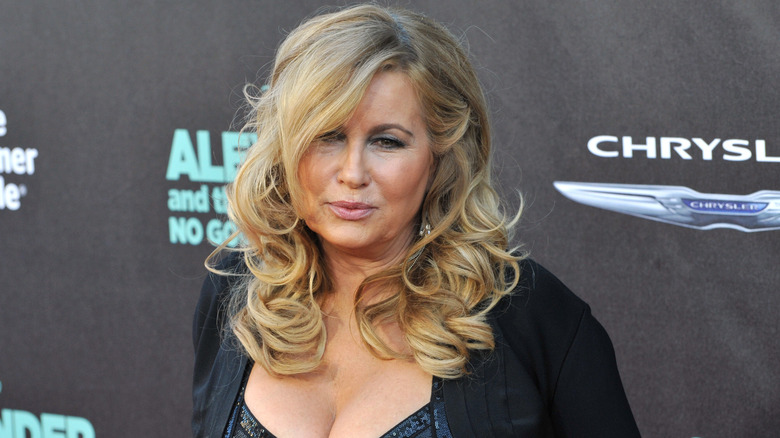 If there’s ever a biopic made about Donald and Melania Trump, Twitter already has a good idea of who Hollywood should cast. A clip from one of Melania’s interviews in 2018 created a lot of steam on Twitter, with many people comparing her hairdo to Jennifer Coolidge’s signature locks. We are not going to lie — we did not see the resemblance until now, but wow, is Twitter right.

While it doesn’t appear as though Melania herself has commented on the resemblance, Coolidge says she would be down to play Melania someday in the future. “What a compliment. Where do I sign [laughs]? Between you and I, though, I’m sure Melania would be bummed,” she told The Guardian. And guess what? Coolidge didn’t stop there. She elaborated even further when asked what other types of genres she would like to act in. “I’d love to go back to theatre and do a serious play. And then the Melania biopic, of course,” she added.

We would be on board to see Coolidge play Melania, but let’s be real… she will always be Stifler’s mom from “American Pie” to us.