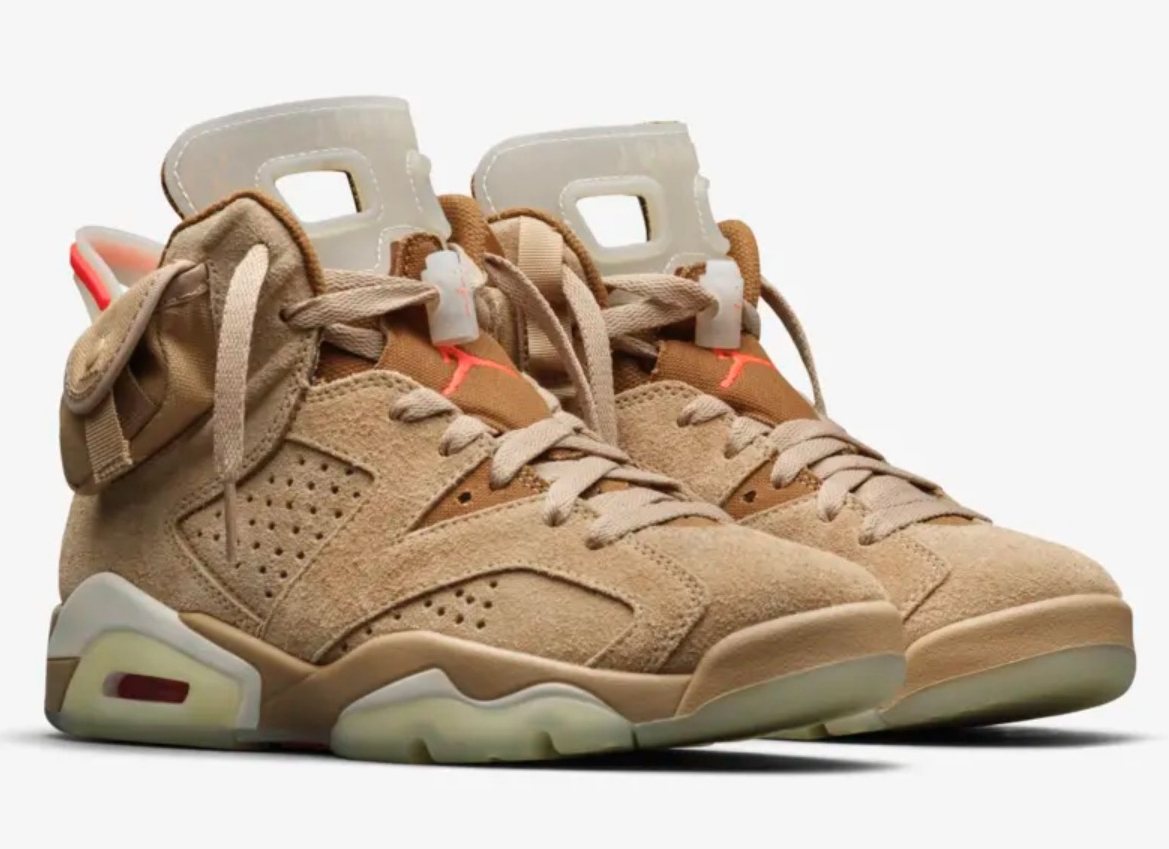 "Reprising a collaboration with Jordan Brand that originally dropped in 2019, this Air Jordan 6 features a glow-in-the-dark sole and perforated, reflective underlays – but this time, the style arrives framed by shades of British Khaki," reads a description of the $250 shoe on the Nike website.

"Familiar features include a utilitarian pouch on the ankle – but the design now features an additional zip pocket. 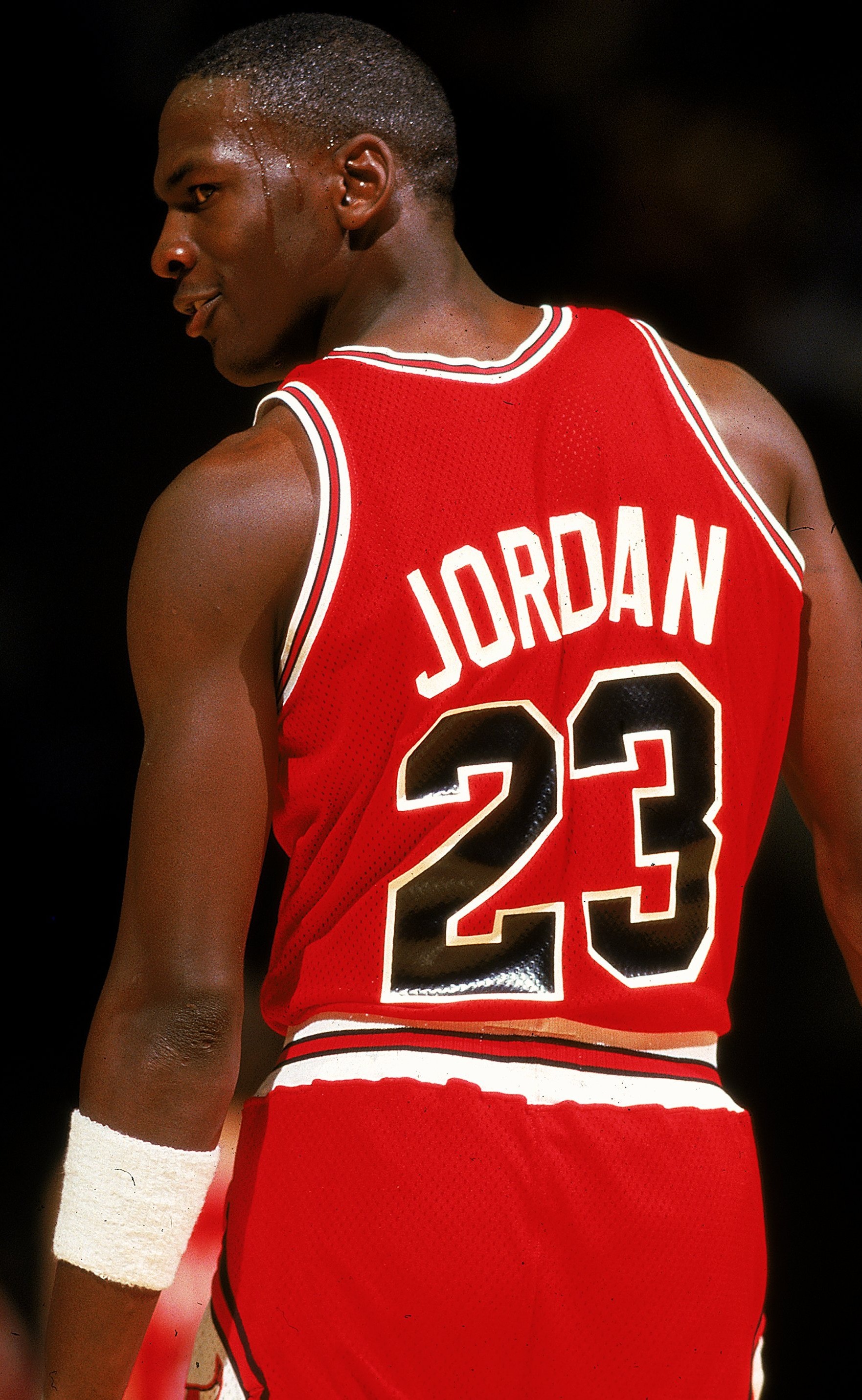 "Cactus Jack branding on the lace lock and right heel combines with a smiley face graphic on the medial midsole to give the look a playful feel.

The Air Jordan 6 debuted in 1991, according to Complex.

Shoppers are encouraged to check with their local retailers for what Complex is calling a "limited drop" of the sneakers. 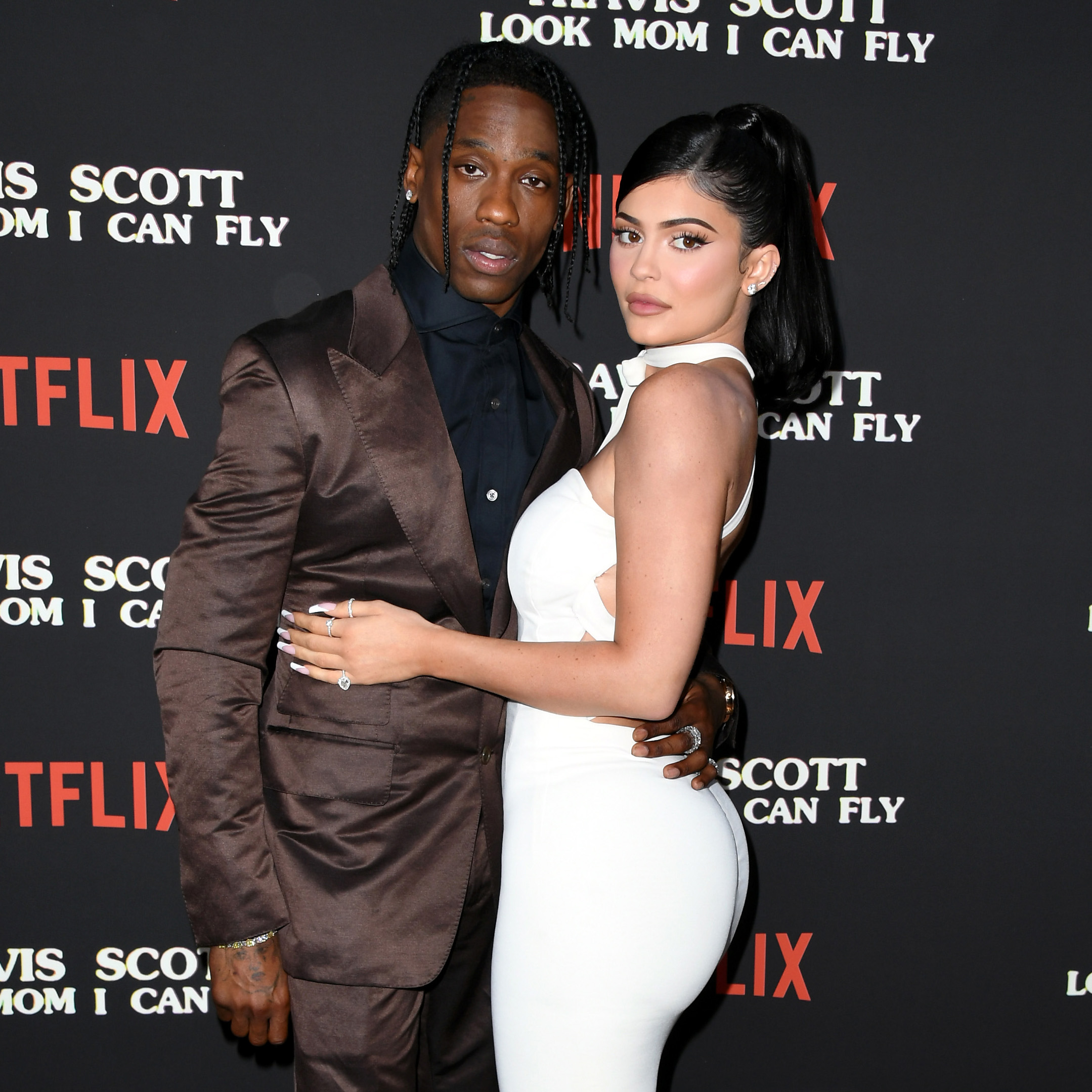 How was Travis Scott's birthday celebrated?

Kylie Jenner shared new photos of Scott with their daughter Stormi as the rapper turned 29.

The other Kardashians also rallied around Travis to celebrate him.

The mom of one shared several pictures of just Travis and Stormi, proving that their bond is tight despite her parents not being together at the moment.

In the first pic, Stormi laid on her daddy's chest as they took a nap in a small ball pit.

In another, they proved they were father and daughter as they both screamed at the camera while wearing matching outfits.

They also posed together in front of Kylie's home, shared a kiss during Christmas, and looked towards the horizon while Travis rocked a face mask.

It was revealed in February of 2021 that Stormi's mom and dad were still in love despite breaking up two years ago.

Kylie and Travis split in 2019, though they have remained close as they focus their attention on raising their daughter together.