We have been loving the latest season of NCIS, which has been airing on CBS since September. But now the show is set to pause for a week, fans may be curious to know when they can expect to see the popular police procedural drama return.

MORE: NCIS: What are the cast’s net worths?

The programme will be back much sooner than you might think, so read on for all the details…

NCIS will not air a new episode as usual on CBS on Monday night, instead CBS has scheduled a previous instalment from season 19 to be broadcast in its place.

Fear not, as the show will be back on Monday 5 December with a brand new episode, titled Higher Education.

This is also the case for NCIS Hawaii, which will be back with its next instalment, Desperate Measures, the same night.

High Education will see the team investigate the death of a college student who was killed while running across the street.

The victim is also revealed to have had connections to Agent Timothy McGee’s (Sean Murray) wife, Delilah McGee (Margo Harshman).

MORE: How much does Mark Harmon make per episode of NCIS?

Following episode nine, the show will then go on its annual winter break and won’t return until the three-way franchise crossover, which is set to air on CBS on Monday 2 January.

The special event will see the original series team up with NCIS: Hawai’i and NCIS: Los Angeles for the first time in the franchise’s history.

Fan-favorite agents from each show will join forces to solve a very personal and high-stakes case involving a mysterious hitman.

The official synopsis reads: “Team members from the different NCIS divisions come together in Washington, D.C., to celebrate a beloved FLETC professor who taught multiple members of each of the squads. 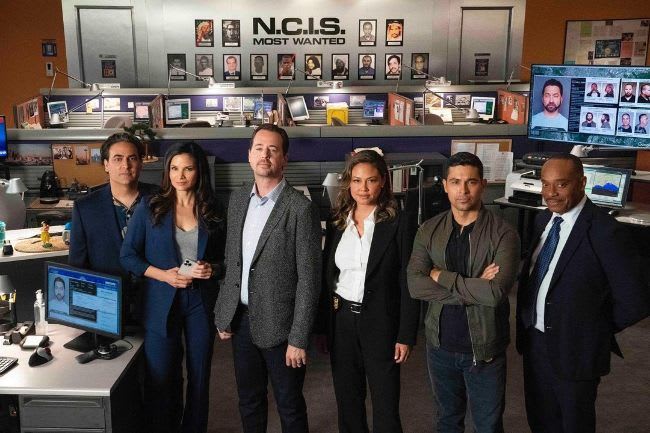 The crossover will take place on 2 January

“On the eve of the celebration, the professor is found dead of an apparent suicide, though his former students immediately suspect foul play.

“While investigating the prof’s past, the agents uncover a mysterious hitman, and the more they dig into it, the bigger the targets on their backs become. When members of the teams are suddenly kidnapped, all the agents must come together to take down the assassin and save their own.”