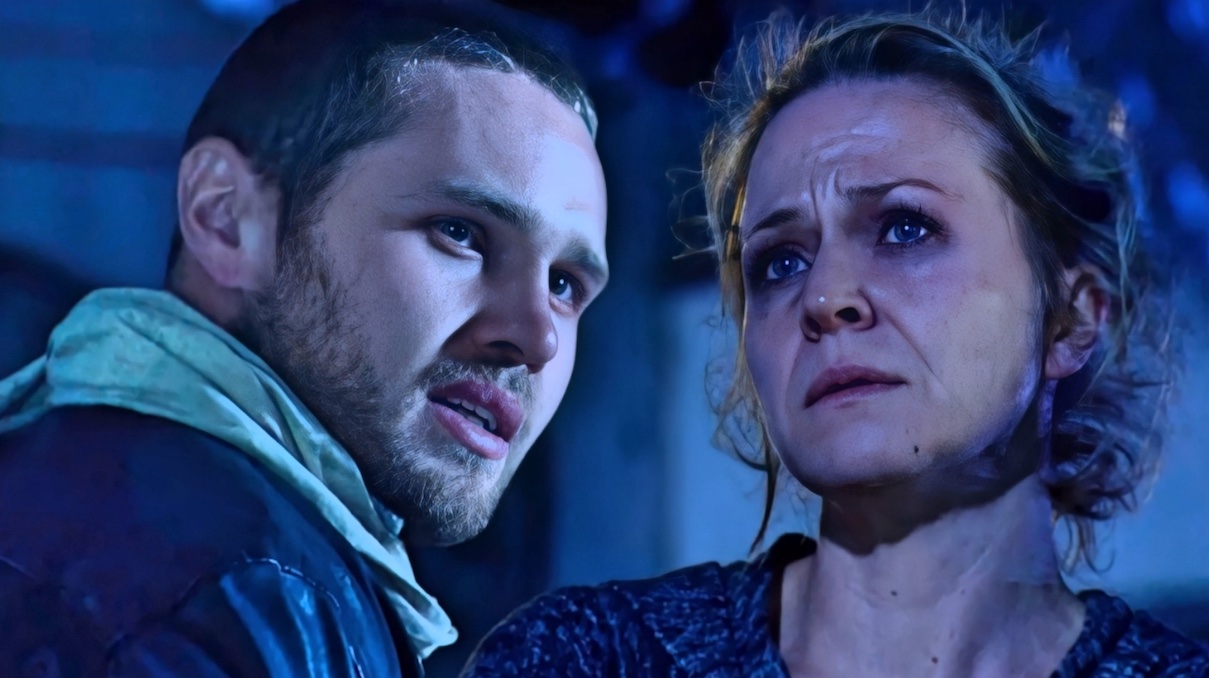 Linda Carter (Kellie Bright) is one of several EastEnders regulars who will be taken by surprise when they set their sights on Keanu Taylor (Danny Walters) following his shock return.

Keanu staged an unannounced comeback during Tuesday’s (December 13) edition of the BBC One soap, as he waltzed back into Walford following a three year absence.

The character was last seen going on the run after his affair with Sharon Watts (Letitia Dean) had been exposed, with Phil Mitchell (Steve McFadden) determined to murder him for the betrayal.

Phil tried on a number of occasions to claim his love rival’s life, but Keanu faked his own death, and later kidnapped Callum Highway (Tony Clay) as leverage, knowing that Ben (Max Bowden) would protect him until his beau’s safety was guaranteed.

The untimely death of Dennis Rickman (Bleu Landau), however, took everyone by surprise, with Phil’s attention moving to grieving Sharon, and thus Keanu was allowed the opportunity to slip away into the dead of night.

But three years later, he’s back with a bang! Quite a few faves will be taken aback by his shock return, with Ben, Phil and Sharon likely being at the very top of that list.

There is, however, another person who will possibly be left in shock, and that’s Queen Vic landlady Linda. But are you struggling to recall the reason why? Fear not, we have got you covered with a little refresher below.

What happened between Linda and Keanu in EastEnders?

Linda crossed paths with Keanu at Christmas in 2019, shortly after the mechanic’s affair with Sharon was exposed.

Louise Mitchell (Tilly Keeper), who was in a relationship with Keanu at the time, demanded deadly revenge for what he’s done to her. Ben was only too happy to oblige, as he vowed to Phil that he would teach Keanu a lesson over his actions.

On Christmas Day, an unsuspecting Keanu was kidnapped by Martin Fowler (James Bye), who at the time was on a dark path, taking part in all sorts of dodgy dealings in order to protect his family from Ben, who had threatened their lives.

The market-trader-turned-gangster took Keanu to a disused warehouse, where he pulled a gun on him, threatening to pull the trigger. At first, viewers were led to believe that Martin had actually killed Keanu, but a flashback episode – which aired on New Year’s Day 2020 – revealed the truth.

Martin, as suspected, failed to carry out the mission, knowing that he couldn’t take another life.

Linda, meanwhile, who was in the grips of addiction after a particularly tough period, had fallen asleep in the back of Martin’s van following a booze binge, and when she exited the vehicle, she came face-to-face with Martin, who bundled her into the warehouse.

Frightened for her life and unsure of what she had walked into, Linda pleaded with Martin to think carefully about his next move. Before long, he filled Linda in on the Mitchells plot to kill Keanu and the duo put their heads together in a bid to come up with a plan to get out of this rather sticky situation.

They ultimately decided to help Keanu fake his own death, tying him to a chair, all the while filming what looked like a believable hostage situation video. Knowing they needed a little extra oomph to make it look realistic, Linda took hold of the firearm and shot Keanu in the shoulder!

Martin was left in complete and utter shock, as Linda cleaned up Keanu’s wounds, before sending him on his way.

This was the last time the two characters crossed paths, with Linda making it quite clear that she and Keanu must never speak of what transpired.

Keanu subsequently returned to the Square in February of the same year, where Phil – who had just found out that his love rival wasn’t actually dead – decided to seek his revenge, which is ultimately what led to the boat crash that claimed Denny’s life.

EastEnders continues Thursday December 15 at 7:30pm on BBC One.