Wes Anderson’s latest film is almost ready to blast off.

Focus Features, in partnership with Indian Paintbrush, has set a limited theatrical release for “Asteroid City” on June 16, 2023. The film will go wide a week later on June 23. The out-of-this-world premise for Anderson’s “Asteroid City” was recently revealed, with Focus Features handling the distribution for the dramedy.

This marks the first collaboration between Focus and Anderson since Oscar-nominated 2012 coming of age story “Moonrise Kingdom.” His films since — “The Grand Budapest Hotel,” “Isle of Dogs,” and last year’s “The French Dispatch” — were all distributed by Searchlight. Universal Pictures, the parent company of Focus Features, will handle the international distribution for “Asteroid City.”

“We are beyond thrilled to be the global home for ‘Asteroid City,’ bringing Focus back in business with Wes and his producing partners,” Peter Kujawski, the chairman of Focus Features, said. “Wes is a generational talent whose films delight audiences around the world; and we’re sure that the combination of his incredibly emotional story and vision combined with the insanely talented group of actors he has assembled, will mean that ‘Asteroid City’ will be no different.”

For all the details on the upcoming film, including its star-studded cast, see below. 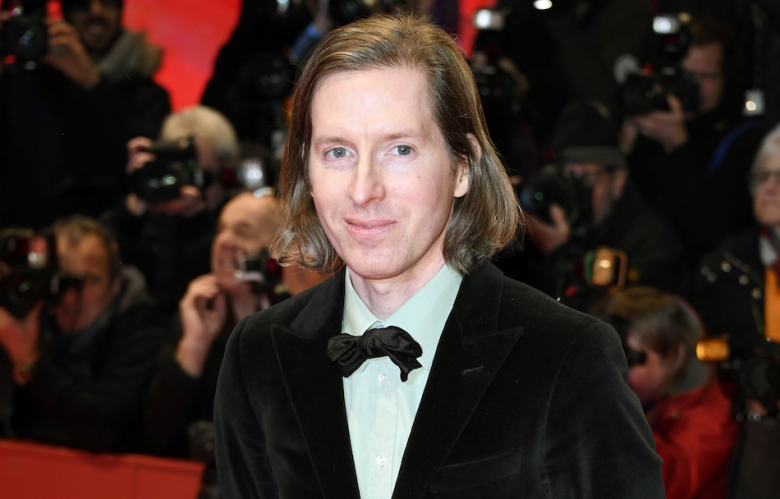 In classic Wes Anderson fashion, the description for the upcoming film is as quirky, stylistic, and vague as can be. “Set in a fictional American desert town circa 1955 and its Junior Stargazer convention, the film brings together students and parents from across the country for scholarly competition, rest and recreation, comedy, drama, romance, and more,” an official description reads.

Anderson co-wrote the screenplay with Roman Coppola, who is credited with a “story by” for “The French Dispatch” and “Isle of Dogs.” The “Mozart in the Jungle” creator also penned “Moonrise Kingdom” and “The Darjeeling Limited” with Anderson. “Elvis” star Tom Hanks and “Barbie” lead Margot Robbie are set to make their respective debuts in the WAU, aka the Wes Anderson Universe. The rest of the ensemble cast includes Scarlett Johansson, Bryan Cranston, Maya Hawke, Liev Schreiber, Jeff Goldblum, and Rita Wilson. Steve Carell replaced Bill Murray in what would have been Murray’s 10th collaboration with Anderson.

The Film Will Be “Quite an Extravaganza,” Thanks to Its “Wildest Cast” “The French Dispatch” star Fisher Stevens, who collaborates again with Wes Anderson for “Asteroid City” told Vulture that filming in Spain convinced him that “Asteroid City” has the “wildest cast” for a feature film in decades.

“I can tell you it’s probably the best, the wildest cast since ‘The Bridge on the River Kwai,’” Stevens gushed. “Most of the actors in this film have been in theater except for the kids. We were all bubbled together in a hotel, which was an old monastery. I think it’s going to be quite an extravaganza.”