PLANS to release a bombshell film ­celebrating the life and legacy of Wayne Rooney appear to have hit a stumbling block.

The documentary included revealing interviews with the former Manchester United football ace, his wife Coleen and stars including David Beckham. Release was originally planned for this summer. 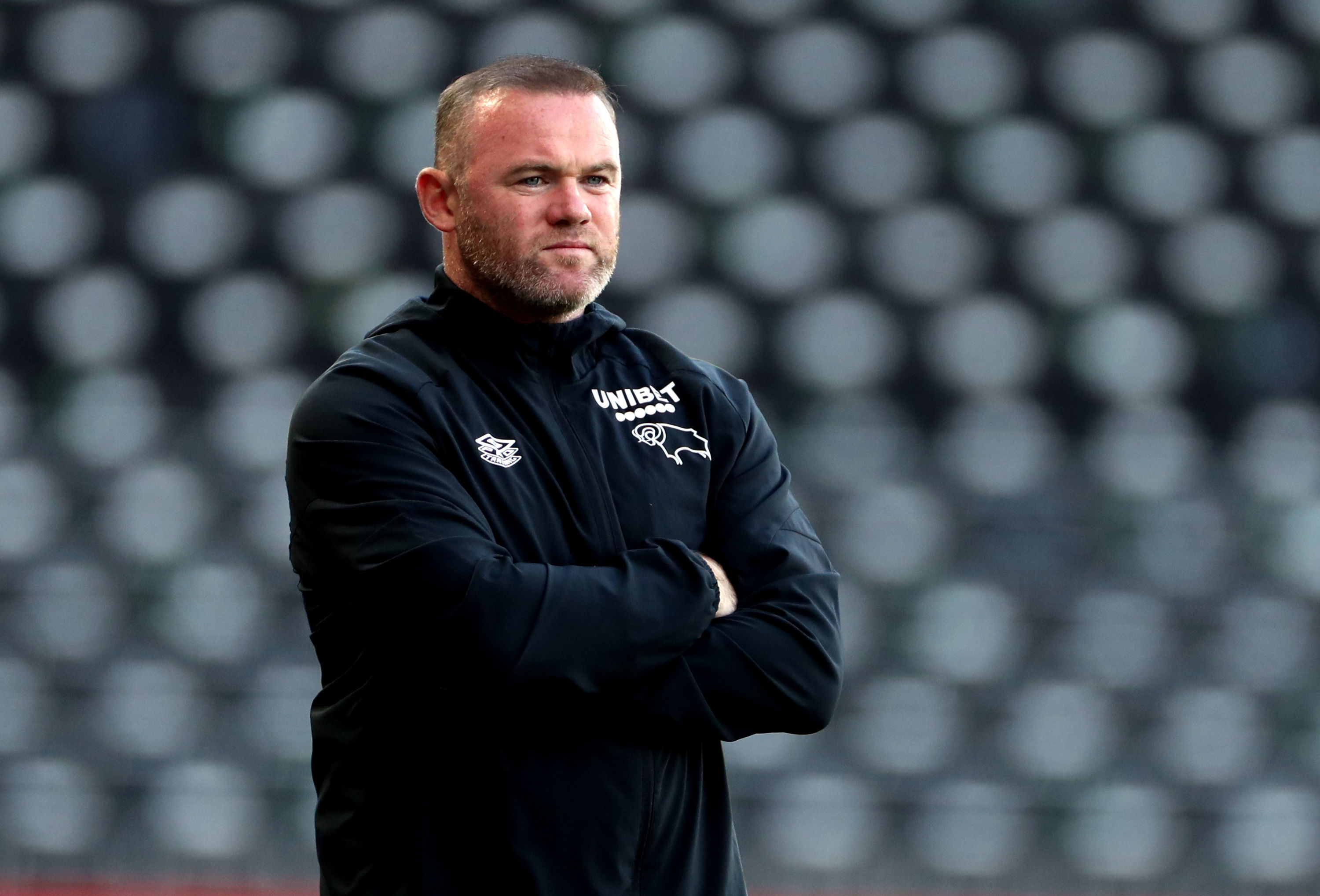 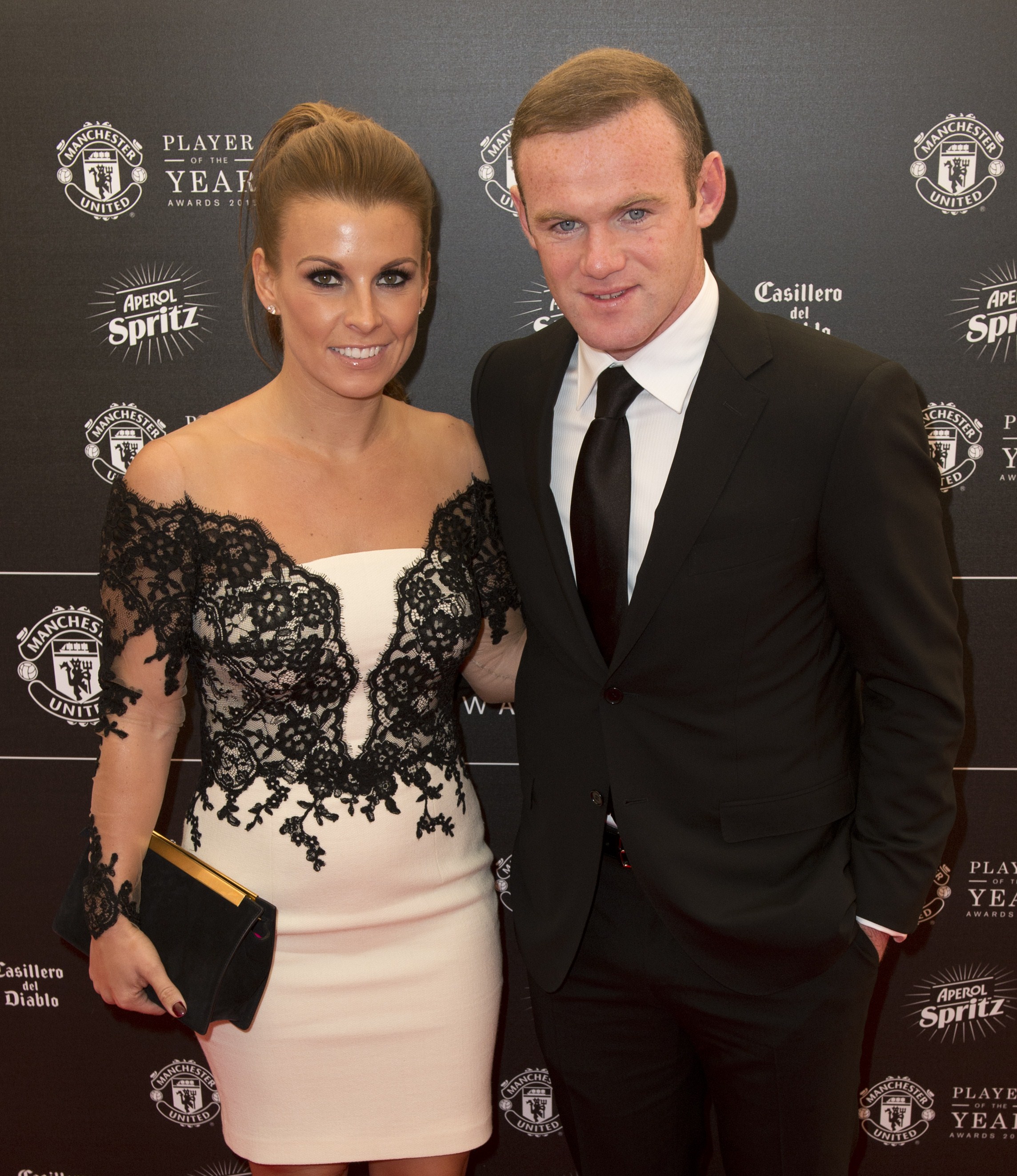 But insiders tell me that while the production was all on course, the project now appears to be on the back-burner — perhaps as a result of Derby County boss Wayne’s night on the tiles with a blonde model and her two pals last month.

A friend explained: “This film is a real celebration of Wayne’s story.

“It gets to the heart of his upbringing on the Croxteth estate in Liverpool and watches him rise to become one of the best footballers England has ever seen.

“It will also chart his move from player to manager and will show him heading up Derby County.

“Wayne and Coleen have given interviews and plenty of his famous pals have chipped in too, so the production is pretty much completed.

"It was supposed to be going out later this summer, with a huge fanfare leading up to it, but now there are concerns among some people that it could be overshadowed by everything that has happened recently.

“He got into hot water with Derby County and obviously it wasn’t ideal at home getting into that sort of state, so it makes sense to lay low for a while, rather than prioritising a big film.

“Wayne held his hands up and apologised — and he has the total support and backing of his family — but ultimately they want this film to be a huge success for him and don’t want anything to drown that out.”

I have to admit, I completely agree with them. Wayne has made so many mistakes over the years — very publicly paying the price for each.

But it doesn’t take away from the fact he is one of the finest footballers this country has ever seen.

Whatever you think of Wayne because of the antics in his personal life, professionally his successes on the field have inspired gene­rations of young footballers.

I say let the dust settle. 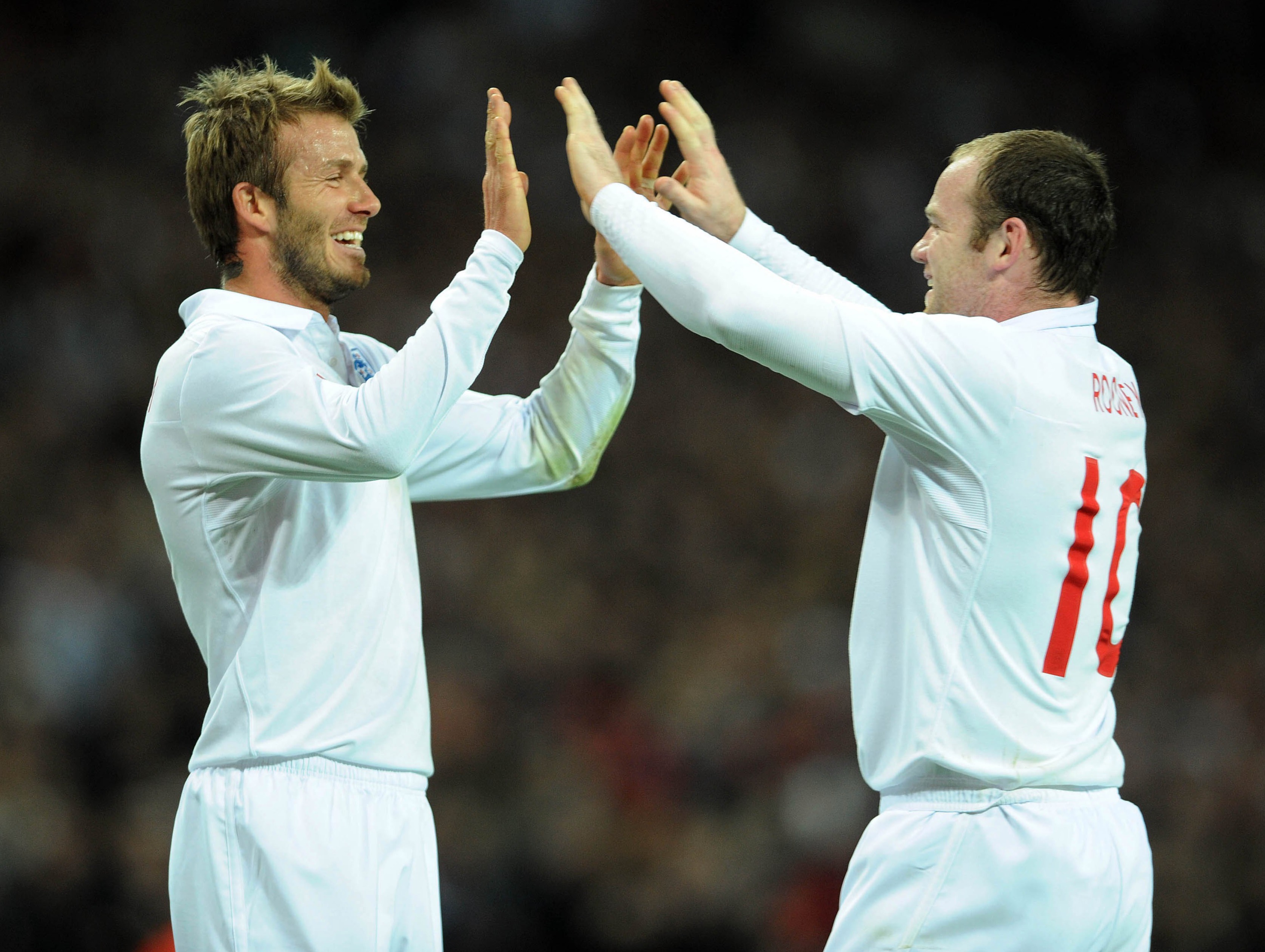 THE wait is almost over for JLS fans – Aston Merrygold has said the group’s comeback album is finished and will be out before the end of 2021, nine years on from their last record.

They used this column to announce they were getting back together for a tour in February last year and although that has now been delayed to October, they will have a whole album’s worth of new material when they finally hit the stage.

In an exclusive chat, Aston said: “It’s good. The album is ready. It’s done.
“We’ve been writing hard and recording hard so we’ve got our stuff. It’ll definitely be this year.

“We need new music out this year. We need fresh stuff to tour.”

Aston has already started training again for the tour around the UK, where he is hoping to perform his ­famous backflips once again, and says it was only a matter of time before he got back on stage with bandmates Marvin Humes, Oritse Williams and JB Gill.

Speaking at a bash in ­London on Wednesday to mark a collaboration between The Macallan whisky and Bentley Motors, he said: “We always knew we would.

“We took it away from ­people of our own accord.

“We wanted a break and weren’t being pushed out of the industry. We’ve always been four people that controlled our destiny, so for us to come back it was never going to be the pressure.

“What’s nice is we are getting to reignite something.

“I’m still getting to do my music and my solo shows but at the same time, getting back together with the boys has been great. It’s all starting to feel real again.”

CHARLI XCX was the one giving out gifts as she turned 29 this week – announcing new single Good Ones, alongside this stunning single artwork.

The singer celebrated her birthday on board a yacht in Los Angeles, having not been home to the UK since before the pandemic. 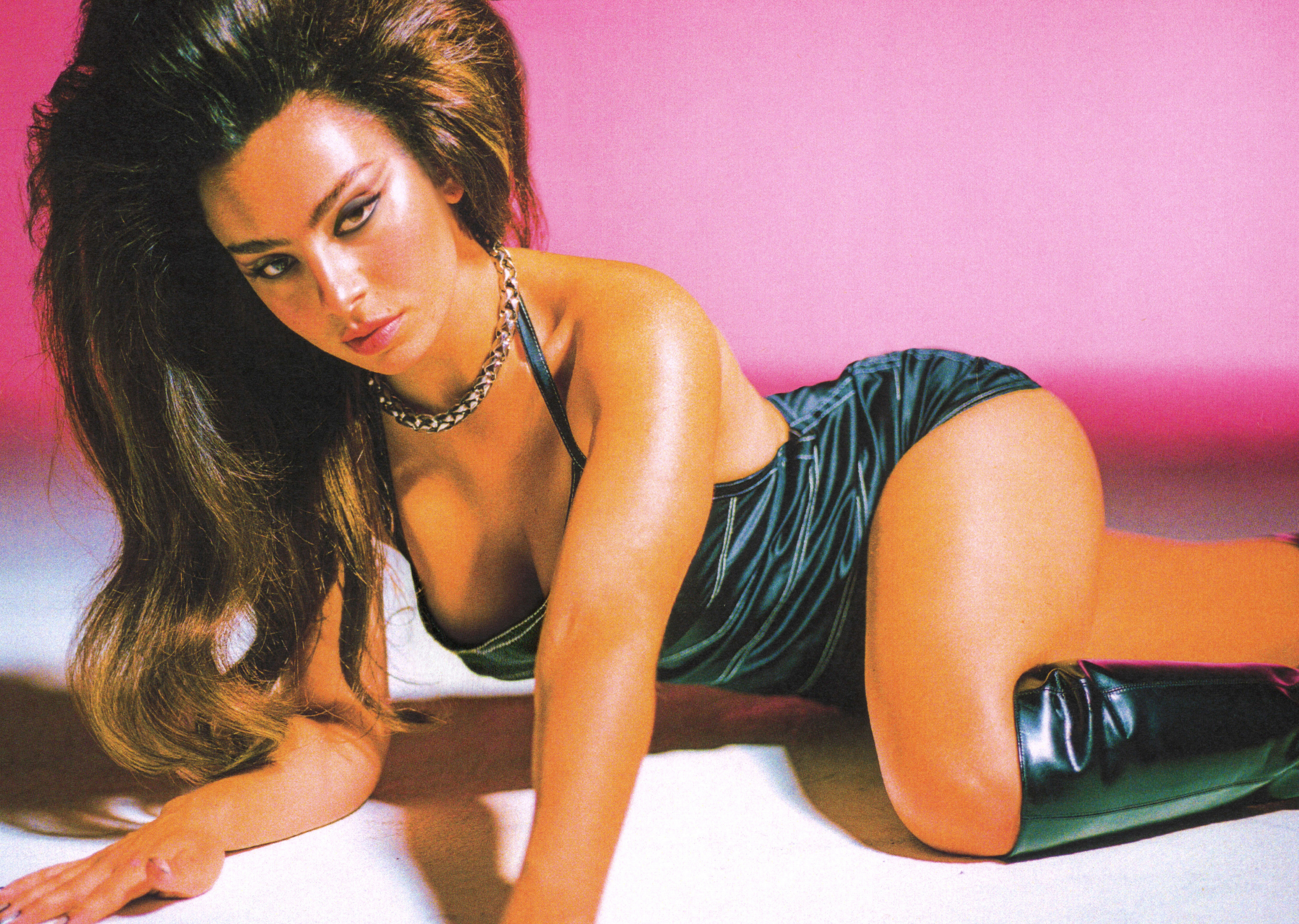 And she is clearly thriving out there, as she is back with new music just a year after her last album How I’m Feeling Now.

Charli posted this snap to announce the new ­single, due out on September 2, and had plenty of compliments from her celebrity pals.

Anne-Marie commented, “Jesus wept” while Rita Ora wrote “Hot” accompanied by two heart emojis. The most random one though? Jedward, who commented: “Love these photos, Charli.”

Loved-up lady and the Vamp

LOTTIE MOSS looked like the cat that got the cream as she made her first public appearance with new boyfriend Tristan Evans from The Vamps.

The couple cuddled up to pose for a picture just days after I revealed how they had been secretly dating for several weeks.

The model showed off her figure in a slinky blue dress, while drummer Tristan sported a black leather jacket.

Something tells me these two are going to be regulars on the party circuit over the next few months.

Last week they were spotted snogging during a night out with mates.

But their romance is a lot more than a flash in the pan, as pals tell me they have been seeing each other for a while, with Tristan wooing Lottie with his home cooking.

Jesy has drive to do well

JESY NELSON’s debut single, which I revealed on Tuesday is just around the corner, has now edged even closer as she’s completed work on her first video as a solo star.

After days of rehearsals, she spent Tuesday and Wednesday shooting the visuals for the eagerly anticipated track.

The glamorous location for the shoot was . . . a residential street in Hertfordshire.

Vintage cars lined the road during filming for the video, which is expected to feature 20 backing dancers.

Locals were asked not to take photos to keep the video as secret as possible.

Jesy was in Little Mix for almost a decade before quitting in December, so she knows how much hard work goes into a hit. And judging by the hours she is putting in, she’s doing everything to ensure her solo debut is a smash.

In an Instagram post, the Remember The Titans actress said: “Our hearts are full, as we have never been so enamoured and deeply grateful for one another as we do in this decision to separate.

“The beginning is often the best part of love. Fireworks, magnets, rebellion – the attraction. The onset signals a wide open expanse of possibility.”

She added that they will continue to work together, saying: “We laugh as we plan for our next movie together and are excited to share our latest collaboration.”

The couple met in 2011 when she starred in drama Big Sur, which he directed. They got engaged in 2012 and married a year later in Montana.

Mind if I Nicky this, sis?

RAIDING your sister’s wardrobe can reap some sartorial gems – especially if you happen to be Nicky Hilton.

The hotel heiress has revealed her sibling Paris has huge closets with separate rooms for shoes and jewellery.

Nicky told how her elder sis has amassed “an amazing arsenal of accessories” including a massive collection of sunglasses and bags.

She said: “I was at her house and I needed something comfy.

“I was just doing some work on her sofa, so I put on one of her Juicy Couture tracksuits.” Nicky also said they had both “stopped caring” about negativity on social media directed at them.

She told Retreat mag: “You can’t let the opinion of strangers affect you. It’s not a healthy way to live. I focus on my friends and family.”