Camilla Tominey and Giles Brandreth were the guests on This Morning for The Morning View today and the top story was Prince Harry’s podcast comments about wanting to “break the cycle” of the “pain and suffering” of his upbringing with his own children. Presenters Alison Hammond and Dermot O’Leary led the discussion and when it was royal reporter Camila’s turn, she wasted no time in explaining the goings-on behind royal doors and how Harry’s description of his life is a mixture of “The Truman Show” and a “zoo” simply “wasn’t the case”.

Camilla “questioned the timing” of Harry’s comments, and was confused as to why Prince Harry and Meghan Markle left the UK “to go to America and make so much noise”.

“They wanted to keep a low profile and now they don’t… they’re seeking publicity which they supposedly left the family to avoid.”

Alison said the couple didn’t want the “toxicity” that came with their former publicity but Camilla said you can’t pick and choose the coverage.

Dermot said: “You raise a good point because with a degree you can’t have one without the other.” 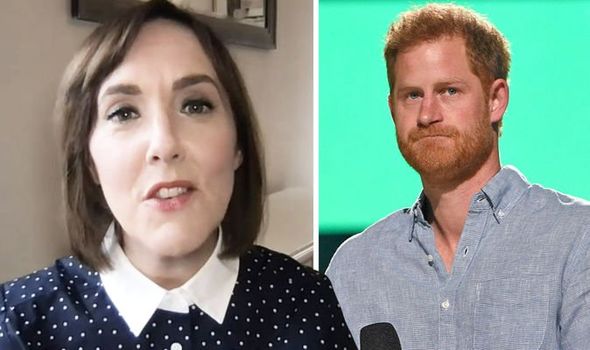 “This whole suggestion that he was living his life in the Truman Show – anyone who has seen that Jim Carrey movie it’s about someone being filmed every second of their life. That just simply wasn’t the case!” Camilla replied.

“I appreciate there was a huge spotlight shone on him and Meghan and there is in royals in general.

“But large swathes of their lives was spent in private in Windsor, completely unbothered by the press and paparazzi,” she added.

“In fact, the paparazzi haven’t really photographed royals in private – for years, frankly since Diana’s death because everything changed.

“Also, I think, anyone who is family with the famous Philip Larkin poem about what your parents can do to you, we’ve all got our own stories to tell and at times, we’ve all had traumatic childhood experiences.” 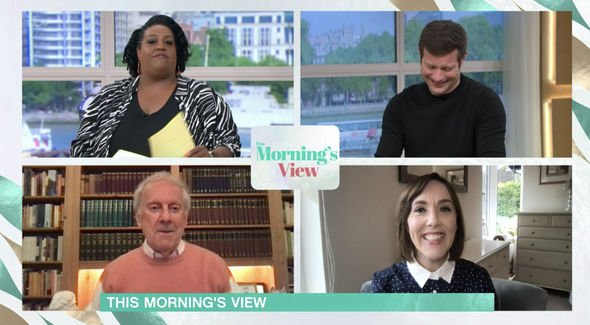 “I’m actually sympathetic,” Giles commend. “It’s interesting talking about family; why you are who you are, how your heritage may have affected you.

“I think we should all think more about where we’ve come from – I’m not going to join the bandwagon [against Harry and Meghan] – I’m relatively interested.”

Giles went onto say Harry had a “traumatic childhood” referencing his parents splitting up and then attending Princess Diana’s funeral.

This Morning viewers then heard him discuss the Queen’s childhood describing it as “very loving” compared to the late Duke of Edinburgh’s which he said was “traumatic”. 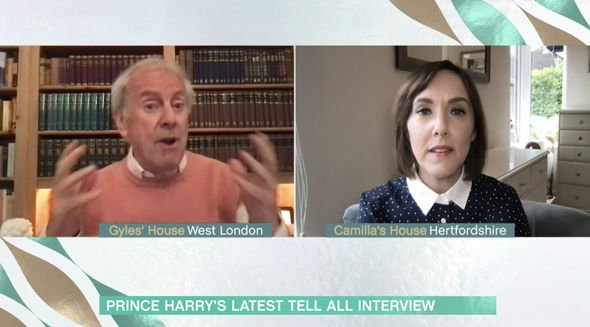 As for Harry’s comments, he appeared on the Armchair Expert podcast and compared his life as a “mixture between The Truman Show and being in a zoo”.

He told host Dx Shepard: “I don’t think we should be pointing the finger or blaming anybody.

“But certainly when it comes to parenting, if I’ve experienced some form of pain or suffering because of the pain or suffering that perhaps my father or my parents had suffered, I’m going to make sure I break that cycle so that I don’t pass it on, basically.

“It’s a lot of genetic pain and suffering that gets passed on anyway so we as parents should be doing the most we can to try and say, ‘You know what, that happened to me, I’m going to make sure that doesn’t happen to you.'”

As for what life is like for Prince Harry and Meghan in LA, California, he said he can “lift this head” and he feels “different”.

“My shoulders have dropped, so have hers, you can walk around feeling a little bit more free.

“I can take Archie on the back of my bicycle, I would never have had the chance to do that.”