BE Conference 2021: Fox directed the short film “Through Her Eyes,” produced by Tressa Azarel Smallwood 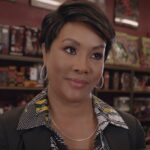 Fox said that her own film franchise that she’s been producing and starring in for Lifetime, called “The Wrong,” led her to try her hand at directing.

“Like I said, I’ve been producing films,” she said. “And I’ve had a lot of people ask me, ‘So when are you going to start directing?’ Everyone’s directing right now, from Regina King to Debbie Allen. Tasha Smith. My sister from ‘Empire’ Taraji [Henson] directed an episode of ‘Empire’ before we ended on our sixth season.”

Smallwood says that Fox’s experience in front of the camera has really benefitted her work behind it, because she understands actors’ vulnerabilities and comfort levels.

“Vivica was effective in a lot of ways: The two things that really made me smile every day was that she was able to coach her actors. She knows what an actor needs,” Smallwood explained. “This is what she does all the time, and so they were very comfortable with her. They had that guidance and that leadership from her. The other great thing is it’s all about the money, and at one point I heard her say, ‘Look, you’re on my clock, you wasted my money.’ And I said, ‘That’s my girl. That’s my girl’. So I know I need her in my life directing a whole lot more because she gets it.”

Fox added: “What I was able to take as an actress into my director’s role is that I could tell when lines were not working for my actors, when it felt moments felt forced… I actually took my two lead actresses out to Los Angeles, before we went to Washington, D.C. to shoot the project, which I really think helped break the ice because they had some emotional scenes and they had a ton of dialogue. So I was really blessed to, as an actress, know, why don’t we have these ladies get together first and break the ice so that they know each other, that they can talk about what lines are working for them, what lines aren’t working for them. Then that way, when we come to play and shoot all of these scenes in two days, we were totally prepared and it wasn’t like, ‘This isn’t working for me, I think I need to go to my trailer, to my dressing room and be a brat,’ because I didn’t have time for that. I was able to, as a director, make sure that my actors were completely comfortable and ready to deliver.” 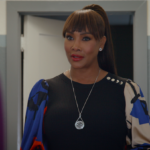 For both Fox and Smallwood, they hope that “Through Her Eyes” and the other short films through BET Her send a clear message to women of color all around the world, that having these positions in power is possible.

“I think that for too long, Black women have felt that they could not get certain positions,” Smallwood said. “One of the notes that I get, often, if I’m speaking on a panel, is, they tell me you own your own production company, you own all of these films that you finance yourself and they are seen on major networks — it’s almost like they’re in disbelief. So it’s important for me to share my story and what I’ve been able to accomplish, because for some reason, a lot of people still out there feel that it’s not possible. So I need to keep showing up. I need to keep doing it. I need to keep inspiring other women so that they can see it can be done. There’s hard work that comes with it. They have struggled that comes with it, but we’re, we’re living proof that it can be done.”

Fox added: “It’s a wonderful time to be a woman in Hollywood right now. And especially an African American woman. For so many years, we were told that we couldn’t open films, that we couldn’t carry television shows and our fans are putting their money where their mouth is. They’re like, ‘No, I want to see Black women in power positions. I want to see Black women directors. I want to see Black women starring in films and television shows and I will support them 100%.’ So we’re here to be role models to say, ‘Hey, thank you for your support. And we promise to continue to bring you quality projects and you too, one day can be In a director’s chair, you too one day can be in a producer’s chair or an actress in a lead film.’ But you have to do the work darlings and take this serious.”

The BE Conference is comprised of three days of mentorship, education and career-building workshops by the most influential women in media and entertainment, WrapWomen. For more information visit: https://www.thewrap.com/be-conference-2021/

Watch the full panel above.