The release of Virgin River season four has fans waiting on the edge of their seats but has the trailer already revealed a little too much? In what is set to be a drama-filled return to town, it seems Jack has some competition.

Confirming trouble in paradise, the season four trailer might have added another spanner in the works for Virgin River’s Mel (played by Alexandra Breckenridge) and Jack (Martin Henderson).

With a new doctor coming to town, everyone’s heads are spinning to find out more about the blow in – especially the female residents.

Teasing Jack with the competition a fresh face could bring, Muriel alluded to more problems for the romantic partnership.

Already reeling from the discovery of Mel’s pregnancy, it has left viewers wondering whether this season could be a rocky road when it comes to the couple. 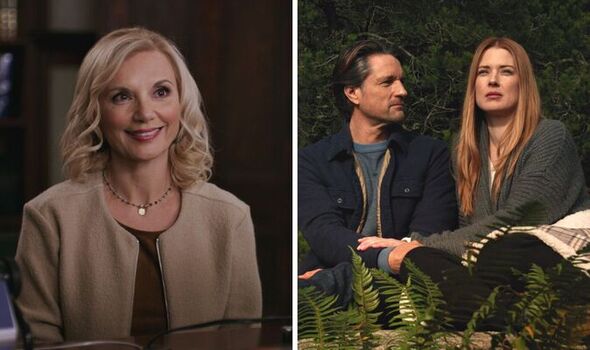 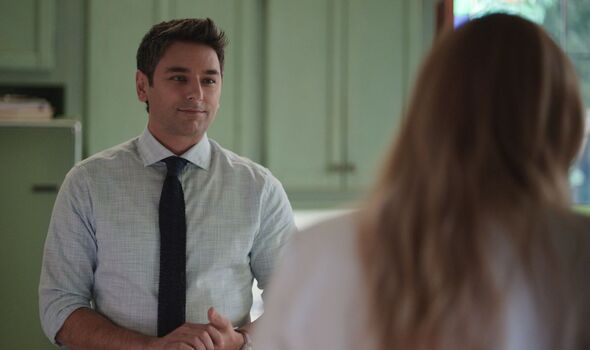 It seems the handsome doctor may do more than just linger in the background however, as the trailer alludes to him catching Mel’s eye.

A new love interest is the last thing the couple needs as they navigate questions surrounding Mel’s pregnancy.

The season will reveal who the father is and is set to test the relationship between Mel and Jack like never before. 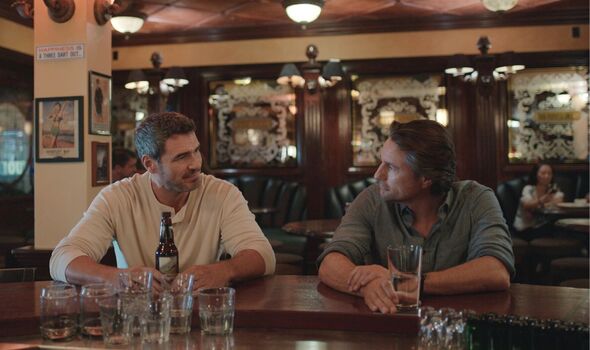 The uncertainty over paternity boils down to two options, her current bar owner boyfriend or her late husband.

When married to Mark, Mel chose to store embryos at a fertility clinic.

Viewers may have to wait a while to see which man is really the father as it appears Jack doesn’t really seem that interested in finding out.

He is already expecting twins with his ex Charmaine (Lauren Hammersley).

The character is also battling with the idea of fatherhood in general, given his own relationship with his father is not great.

To make matters more complicated for the resident bar owner, he still doesn’t know who shot him.

Realising in the trailer, it couldn’t have been his military friend, Brady (Benjamin Hollingsworth), the season will also address the latter’s release.

However, the revelation only means Jack is now back to the drawing board as to who wants him dead.

After surviving a break-up and pledging his forever commitment to Mel at the end of the previous run, it seems things may not be happily ever after.

Ending his speech (and the series) with a proposal, the pregnancy got in the way and Mel stopped him mid breath.

Season four of Virgin River will air on Netflix July 20.

Catch up on previous episodes on the streaming site now.