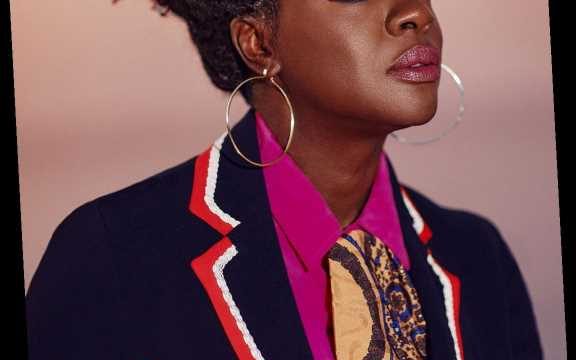 Viola Davis knows she deserves more than just the leftovers.

The Oscar-winning actress covers InStyle's December issue and gives a candid look at how she demands her worth as a Black actress.

Davis, who has long advocated for equal pay within the entertainment industry, continued to share her views on the topic by likening her compensation to only getting the "leftovers" when white actresses are getting the full meal.

"I want and I expect to get the same filet mignon that white actresses get," she explained. "Cooked at the same temperature. You cannot throw me a bone with a really nice little piece of meat still on it and expect that’s good enough for me."

"I love my collard greens and all of that, and I know we were given the leftovers. I know how to cook that, but I want a filet mignon," she continued.

Davis, 55, explained that as both "a woman and as a woman of color" she has come across lots of disparities in her career.

"The differences in pay and the lack of access to opportunities are huge," she told the outlet. "I fully expect changes. I’m trying to lift my hopes up. Even if it takes a little bit of vodka." The actress also alluded to something she said in 2018 that really caught people's attention: "People say, ‘You’re a black Meryl Streep…We love you. There is no one like you…Okay, then if there’s no one like me, you think I’m that you pay me what I’m worth.”

Davis, who stars in the upcoming Netflix film Ma Rainey's Black Bottom, explained that "solidarity with Caucasian women and women of color" is extremely important when it comes to equal pay and opportunities.

Davis also opened up about having the opportunity to play the "Mother of Blues" Ma Rainey in the forthcoming film based on August Wilson's 1982 play.

"Everything attracted me to Ma Rainey, especially the idea that I didn’t feel I could play her," she admitted.

The actress said the role "really reminds me of the women I grew up with, all my aunties and relatives, the people who were bigger in stature whom I saw as so beautiful."

"They never questioned their worth," she noted. "They had the full makeup, the earrings, the Afros, the wide-leg pants."

"In white American culture, the idea of classic beauty and confidence has always been associated with extreme thinness, but not in my culture. In the African-American culture, we are in command of our bodies. There’s an unapologetic way that we approach clothing," she added.

The December issue of InStyle, available on newsstands, on Amazon, and for digital download November 20.