In Sunday’s classic episode of BBC’s Antiques Roadshow, viewers saw a series of guests bring their items to Christchurch Mansion in Ipswich to see how much they were worth from the experts. One guest, in particular, revealed that before he learnt the true value of his historic item, he was using it to chop wood.

Expert Mark Smith told the young guest that he had brought a great collection of items with him and questioned where his interest in war items began.

He revealed that he had been into history in school and that his mum once told him they had family members’ names on the Christchurch memorial plaque.

“I went to take a look and I thought I’d like to learn what kind of equipment they used from the First and Second World War,” he explained.

The guest added: “So, I’ve come to the stage where I’ve got a fairly big collection of helmets and uniforms, tools and so on. 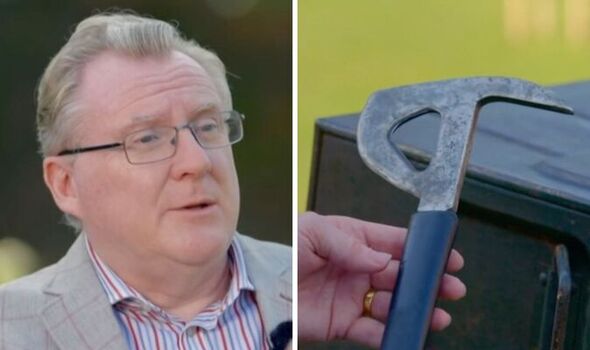 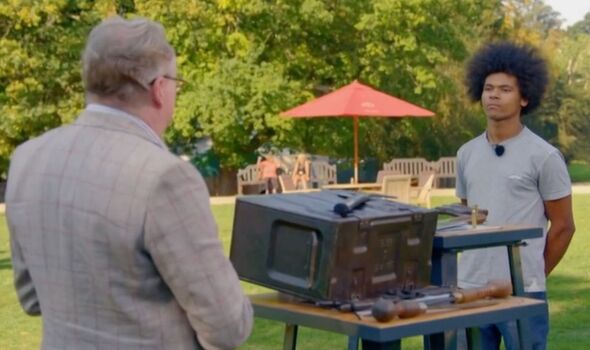 “I like the unique side of things, not just the regular stuff that everyone would have.”

Seeing his large collection on the table, Mark was curious to see what was the most and least expensive item the guest had purchased.

Viewers then learnt that the price ranged from a spanner costing £1 to the axe which he bought for £25.

Although there were many impressive tools on display for Mark to value, he was blown away by one in particular. 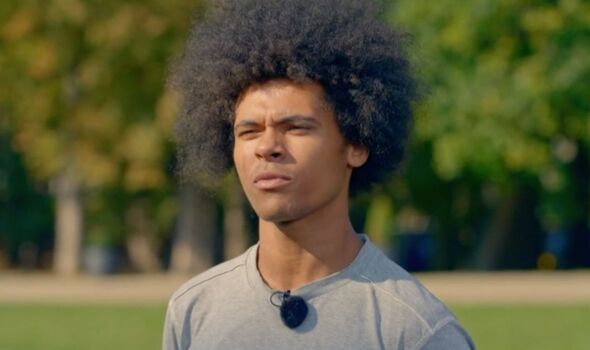 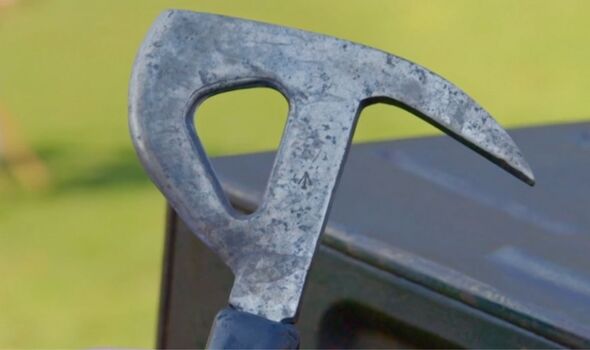 He said: “Now, the axe is your star item from what you’ve brought today.

“This is what is known as an escape axe, it has the war department arrow on there so it’s the real thing.”

Mark explained that the axe was purely used for people to escape from an aircraft if it had crashed.

“That actually is a very rare piece of equipment,” he told the guest.

He revealed that all the items combined on the table would be valued at around £200 but the axe was worth over half of that by itself.

Mark told the guest: “Your winner is this, your axe.

“That is somewhere in the region of about £150, so you’ve done really well with that one. That is really cool.”

The guest then admitted that before he knew the true worth of the axe he had been using it as a tool to chop firewood.

He said: “I’m probably going to make a small display cabinet for it or something nice so it can be mounted on a wall and kept out of harm’s way.”

Antiques Roadshow is available to watch on BBC iPlayer.