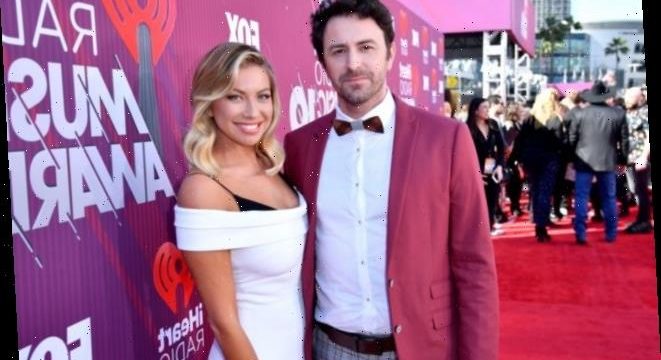 Vanderpump Rules star Stassi Schroeder is getting ready to tie the knot with Beau Clark in what will likely be a very exclusive ceremony. During a recent red carpet appearance at the Glamour Women of the Year Awards, the reality star opened up about her plans for the big day. Although Schroeder is excited about her destination wedding, she revealed that not all of her Vanderpump Rules co-stars will be getting an invite.

While appearing at New York City’s Alice Tully Hall for the awardceremony, Schroeder was asked which one of her Vanderpump Rules co-starswill make it to the wedding.

Schroeder, who is having the ceremony in Rome, revealed that some of the Vanderpump Rules cast will be left out of the mix — and it all depends on how they act this season.

“I’m not so sure,” she stated. “Let’s see howeveryone behaves.”

According to Yahoo,Schroeder confirmed her engagement to Clark this past summer and revealed thatthey plan on exchanging vows in the fall of 2020. More specifically, the twowill tie the knot in October, which is the perfect month for Schroeder.

With the wedding taking place in Rome, Schroeder and Clark willhave to sacrifice some of their dreams for a small wedding. That means the bulkof the guest list will be made up of their respective families, leaving littleroom for her co-stars anyway.

Why are Schroeder and Clarke getting married in Rome?

In her recent podcast, the Straight Up with Stassi host explained exactly why she and Clark chose Rome for their ultimate wedding destination.

Although one could think of a lot of reasons to exchange vows inRome, Schroeder revealed that she chose the overseas location to avoid sweatingat the ceremony — of all things!

“Beau and I agreed on, right when we got engaged, that wedon’t want to sweat at our wedding. We are not going to sweat, no one at mywedding is going to sweat,” she stated.

Schroeder added that her boss and Vanderpump Rules co-star, Lisa Vanderpump, will not be officiating the ceremony. She also joked that they have both been starving themselves in preparation for the big day. This includes practicing intermittent fasting in the mornings.

A few months ago, Schroeder and Clark flew to Rome to check out afew potential venues for their wedding in Rome. No word yet on what theysettled on, but we are confident it will be a gorgeous affair.

While we wait to learn more about the wedding, Schroeder hasanother thing to celebrate before the year is out.

The network made the announcement during a panel at BravoCon 2019. The series is the first spin-off of Vanderpump Rules, which is actually a spin-off of the Real Housewives of Beverly Hills, of which Lisa Vanderpump was a part for many years.

Fans can already watch the first four episodes of BasicallyStassi online, and more installments are expected to come in the next fewmonths. Bravo has not revealed how long the show will last as its future willlikely depend on ratings.

What is Schroeder’s show all about?

Schroeder’s new show follows her on a daily basis as she prepares for her wedding with Clark. In the first few episodes, for example, fans can watch the Vanderpump Rules star pick out her clothes for the day and entertain guests at her place with Clark.

In talking about the spin-off, Bravo revealed that the series isbasically an extension of what Schroeder considers the best goals in life. Thisincludes being very self-confident and sticking to the basics wheneverpossible.

So freaking excited to announce my new digital series “Basically Stassi” for @bravotv. Working on this reality/talk show hybrid has been a freaking DREAM. We have 4 episodes out on Bravo’s YouTube. Link in bio to watch! Would love to hear your thoughts and ideas for new possible segments. ❤️?

“Basically Stassi is a natural extension of Stassi Schroeder’s guiding principle in life: be proud, be bold, and most of all, be basic!” Bravo explained.

The network added that every episode features a new guest at Schroeder’s apartment, where the reality star discusses some of the most important topics of the day, including what food pairs best with ranch dressing.

Many of Schroeder’s guests on the spin-off are from VanderpumpRules, so there will be a lot of crossovers between the shows. In the firstfour episodes, some of the guests include Tom Schwartz, Katie Maloney-Schwartz,Lala Kent, Jax Taylor, and Brittany Cartwright.

Season 8 of Vanderpump Rules is scheduled to premiereJanuary 7 on Bravo.