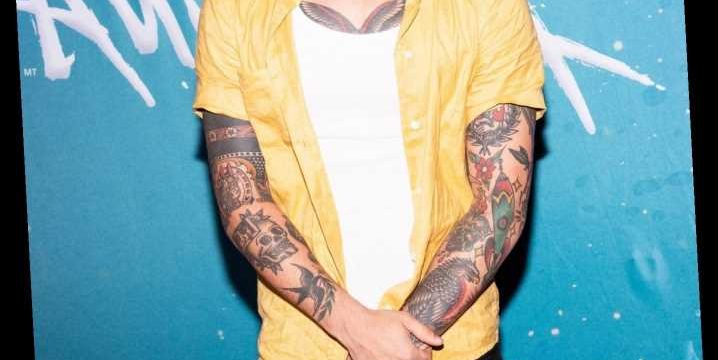 The actor revealed he is more than two months sober, saying he has learned to "love" himself again after quitting drinking alcohol and smoking marijuana.

Posey, 29, said he made the decision to get sober after going through a "rough patch." Posey said he first started experimenting with drugs when he was a young teenager and "developed an addict routine" over the years.

"My drug and abusing was restricted to my home and by myself," he said. "I was one of those lonely, self-deprecating addicts and alcoholics."

"I wasn't proud of myself anymore — and had I ever really been," he added. "Now I'm starting to get my s— together and it feels really, really, good. I just didn't want to do that anymore."

Also in the interview, Posey opened up about his sexuality and his decision to come out earlier this year.

In August, Posey posted an emotional Instagram Story after learning about the assault on three transgender women. In it, he revealed that he has "been with trans women before."

"I've been with trans women before. I'm confident with my sexuality," he said. "I love everybody. I don't give a s— what anyone thinks about me."

During his SiriusXM interview, Posey said he felt "compelled" to speak out in order to help normalize the idea of talking openly about sexuality.

"The world is f—— weird and it should be. There's too much stigma on everything, and sexuality, especially," he said. "I really didn't have a plan for saying that s—, I just felt compelled."

If you or someone you know is struggling with addiction, please contact the SAMHSA substance abuse helpline at 1-800-662-HELP.