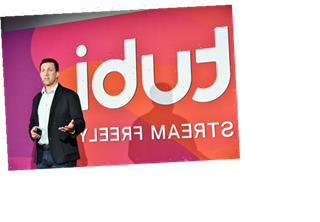 Inside Paramount’s 2020 Survival Strategy: Earn More Selling Off Films Than Releasing Them

The spike in viewership coincides with more people spending time at home due to COVID-19 — something that other streamers have benefited from as well this year. But it’s also tied to having more big-name shows on the service as well as a beefed-up marketing campaign, Fox CEO Lachlan Murdoch said on the company’s earnings call. (Tubi was the presenting sponsor for Fox’s Major League Baseball playoff coverage this year, for example.)

“Tubi has averaged approximately 100% increase year over year in total view time, the most meaningful metric when measuring the performance of any AVOD service,” Murdoch said. “This is due in part to the more than 41 Fox titles currently available on Tubi, including ‘The Masked Singer,’ ‘Gordon Ramsay’s 24 Hours to Hell and Back,’ and ‘Lego Masters.’ When Tubi began streaming ‘The Masked Singer,’ the show quickly became Tubi’s No. 1 television series over all. We use the show to increase viewers to Tubi and we are also driving them to the platform through marketing across our networks, including the Fox network and Fox News.”

Murdoch did not offer an update on how many active users Tubi has, but did say the company’s 33 million monthly users reported in August represented a 65% year-over-year increase. He also said “total time spent viewing in September alone was 220 million hours.” If Tubi didn’t add a single user since August, that would mean each viewer watched an average of 6.66 hours of Tubi content that month, or about 13 minutes of Tubi per day.

Tubi’s growth comes as the company looks to expand outside the U.S. and Canada and into more international markets. For example, Tubi launched in Mexico in June.