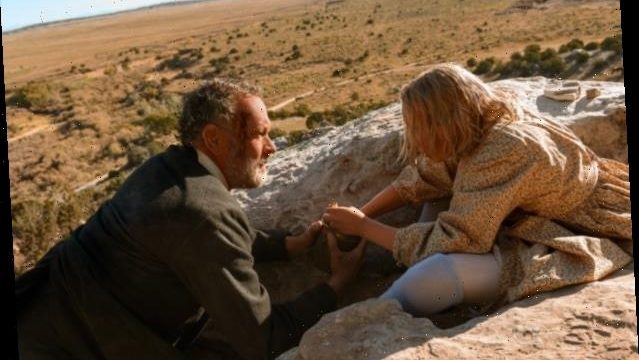 The drama debuts in theaters and on Netflix Dec. 25 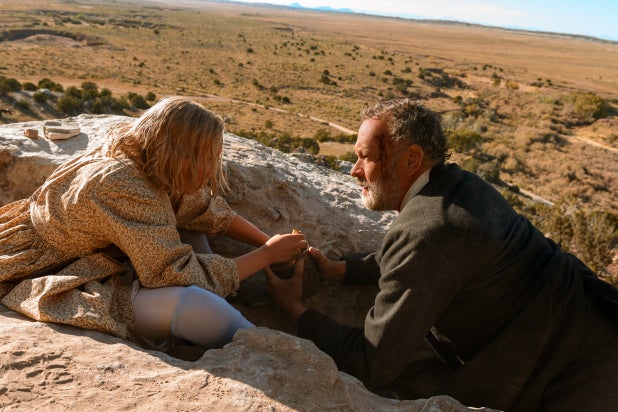 “News of the World” is adapted from the 2016 novel of the same name by Paulette Jiles, and co-written and directed by Paul Greengrass. Hanks stars as Captain Kidd, a former war hero who travels through frontier towns in the Southwest reading the news of the day to hardscrabble workers and farmers for spare change.

Along the way, he meets 10-year-old Johanna “Cicada” Leonberger (Zengel), an orphan twice over who was adopted by a tribe of Kiowa Native Americans before they met a tragic end. Kidd decides he’ll take the girl to her nearest next of kin in Hill Country, but the journey ahead is rife with danger — and the occasional mischief, despite the film’s overall grittiness.

At first, Johanna is feral towards Captain Kidd, and it takes a lot of convincing (and food) for him to prove he’s not a threat. But the tension eventually dissipates as the unlikely pair traverse the dangerous Texas countryside together.

In one gripping scene, Johanna and Kidd get into a gunfight with some unsavory outlaws. Retreating into the mountains to hide, Kidd soon runs out of ammunition for his pistol. He tells Johanna to run away, but she instead sneaks back to their wagon to find a bucket of spare coins — which they use to load bird-shot shells to defend themselves. Thrifty!

Shortly after the gunfight is resolved, the two camp out and Johanna starts painting Kidd’s horse while singing a Kiowa blessing. It’s a brief but touching look into their changing relationship, and begins to cement for viewers that Johanna sees Kidd as a protector, not a captor.

Later, when the two are on the road, they play the classic game of “I Spy,” but with a twist — Johanna only speaks Kiowa and some German. The two take turns pointing out animals and plants along the road and teaching each other how to pronounce them, laughing at the new words and slowly breaking down the language barrier between them. That continues in a later, adorable scene, when Kidd asks Johanna to teach him her favorite song in Kiowa.

There’s another touching moment in the film that totally changes the dynamic between the two travelers — but we can’t tell you everything because it’s definitely a spoiler. For now, let’s just say Johanna comes to Captain Kidd’s aid in a very unexpected way, and ends up saving the former soldier’s bacon.

“News of the World” hits theaters Dec. 25 and is available internationally on Netflix the same day.