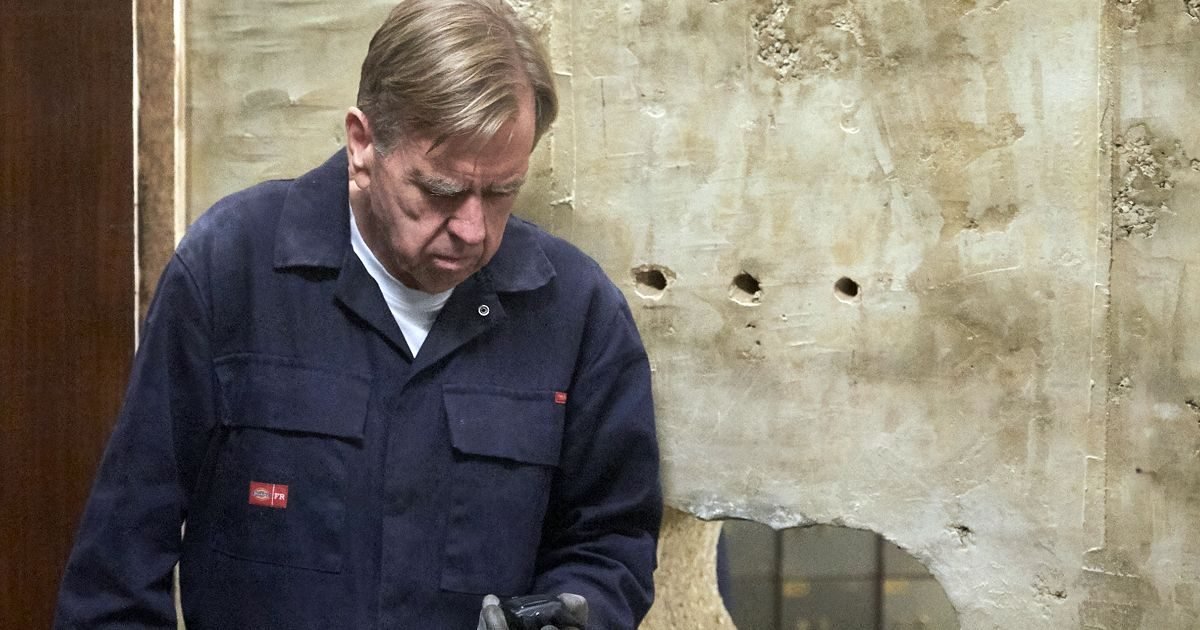 Timothy Spall was left exhausted after shooting the new TV Hatton Garden drama after he had to drill through a concrete wall using the same equipment as the real criminals.

The 62-year-old, who plays robber Terry Perkins, revealed ITV bosses wanted to make it as authentic as possible.

Spall said: “It was bloody gruelling. We were running up and down stairways at 3am. Some of it was a bit challenging.

“We recreated the vault in the studio and… you realised these were old blokes working very hard in what was very difficult, physical, skilled engineering.”

The four part series charts the various stages of the heist, in which £14million was stolen in London’s jewellery quarter when a group of thieves drilled a hole into the wall of a vault in 2015.

Writer Jeff Pope said: “[The robbers] used the largest drill you can get and worked out it would be just big enough for them to get through.

"We used exactly the same model of drill."

Other cast members include David Hayman, as Danny Jones, and Kenneth Cranham, who plays Brian Reader.