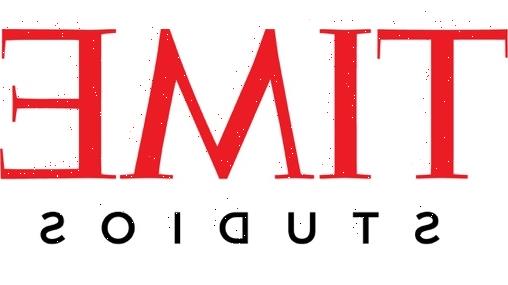 Time Studios is expanding its library of documentaries and kids and family programming. The television and film production company plans to broaden its scope by hiring new creatives and increasing its overall production spend.

The news comes as Time Studios announces it has surpassed $70 million in revenue since launching in early 2020. Within the last year, it has sold more than 20 projects to Netflix, Amazon, Paramount Plus, as well as HBO, Showtime, Nickelodeon and CNN Films. Some titles include “Big Vape” on Netflix and “John Lewis: Good Trouble” on CNN Films and “Amazing Grace” at Neon.

To support the company’s growth, Time Studios has made several executive hires. Alexandra Johnes and Loren Hammonds have been tapped to lead its documentary division, while Maria Perez-Brown has been appointed to spearhead its new kids and family programming arm, dedicated to young viewers and their families. Additional hires and promotions include Rebecca Teitel as VP of documentary, Rebecca Gitlitz as director and showrunner and Jeff Smith as executive producer and showrunner. As previously announced, the scripted division of Time Studios will be run by VP of film and TV Kaveh Veyssi as part of a strategic alliance with Sugar23.

“We are thrilled to bring this group of talented creators together to continue to bring forth the inspiration and passion of Time Studios projects, solidifying our mission to impact the world,” said Time Studios president Ian Orefice. “Our growth since launching a little over a year ago has been a remarkable team effort, and we are proud of all we are accomplishing with our incredible partners.”

Perez-Brown is the founder of Brown Kids Media, where she developed children’s content for Nickelodeon, Disney and Sesame Workshop. Johnes joins Time Studios from Alex Gibney’s Jigsaw Productions, where she oversaw films like “Amazing Grace” and “On the Record.” Hammonds was recently VP of immersive programming at Tribeca Enterprises and senior programmer at Tribeca Festival. Teitel currently focuses on developing and producing feature documentaries and non-scripted TV and has been elevated to VP of Time Studios documentary division. Gitlitz has directed non-fiction films on many public figures, including LeBron James, Arthur Ashe, Peyton Manning, Robin Roberts and Caitlyn Jenner. Smith specalizies in globally scaled live events, having led production on Time Person of the Year, the ESPY Awards and ACLU benefit Stand For Rights.

Time Studios on Thursday also announced a new eight-figure commitment to greenlight and produce original documentary work, as well as invest in external projects. Read descriptions about several productions that are currently in the works:

“Katrina Babies” (HBO), a feature documentary from first-time director Edward Buckles, Jr., offers an intimate look at the aftermath of Hurricane Katrina and its impact on the youth of New Orleans, co-produced with Invisible Pictures.

“Countdown: Inspiration4 Mission to Space” (Netflix), currently streaming on Netflix, chronicles the first-ever all civilian mission into orbit, directed by Jason Hehir (The Last Dance) and co-produced with Known and Words & Pictures.

“Tipping Point,” with Executive Producer Trevor Noah, tackles the biggest issues of our time in a 10-part documentary series and is produced in partnership with Noah’s Day Zero Productions, Sugar23 and P&G Studios.

“Big Vape” (Netflix), a documentary series based on the book Big Vape: The Incendiary Rise of Juul, from TIME correspondent Jamie Ducharme. Directed by R.J. Cutler and produced by Amblin Entertainment.

“Mass Effect The Story of YouTube,” a feature documentary about the history of the online giant and its impact on society, directed by Alex Winter.

“Women of the Year,” a scripted series in development at Amazon, by “Honey Boy” director Alma Har’el.