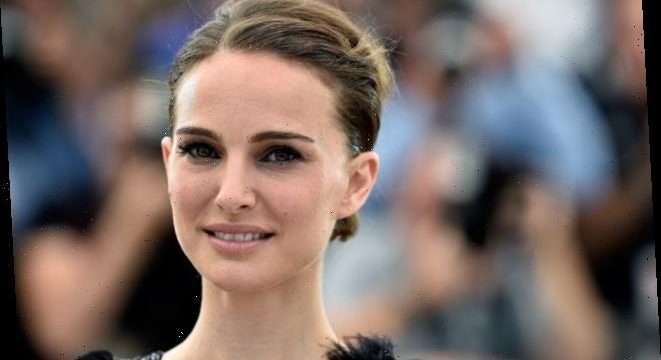 Natalie Portman’s Jane Foster will be getting a new love interest in Thor: Love and Thunder. Jane is set to play an important role in the film as the new Thor, and a source claims that she will also be dating another Avenger — and no, it is not Thor (Chris Hemsworth). Here is a close look at Jane’s storyline in Love and Thunder, plus which Hollywood star is joining the project as the main villain.

Inside Portman’s return to the MCU

Portman’s involvement in Thor: Love and Thunder came as a surprise to most Marvel fans. After her appearance in Thor: The Dark World, Portman was pretty vocal about not being a part of the MCU moving forward.

That stance seemingly changed after Portman lent her voice for Avengers: Endgame. At the very least it opened the door for Thor: Love and Thunder director Taika Waititi to convince Portman to return as Jane Foster.

There is little doubt that the promise to make her a superhero isone reason Portman agreed to return. Last summer, Marvel revealed that Portmanwill become the next Thor in the upcoming film, following Jane’s story arc inthe comics.

There are still many questions about Jane’s transformation, butan inside source says that she will also be on the search for love in the movie— and her romantic interest is not going to be Thor.

Portman to find a new love in ‘Thor: Love and Thunder’

The insider told WeGot This Covered that Portman will find a new romantic interest inAnthony Mackie’s Falcon. The two characters are already romantically involved inthe comics, so adapting the story to the MCU is not that big of a stretch.

The main issue, of course, is that Thor and Jane used to have athing. It is unclear what is happening between those two as Jane has beenmissing in action for several movies.

Mackie’s character is also taking on the mantle of Captain America in the MCU moving forward. That transformation is expected to be explored in greater detail in Marvel’s upcoming series, The Falcon and the Winter Soldier.

Filming for The Falcon and the Winter Soldier has beendelayed due to the coronavirus pandemic, so it is still unclear if the showwill premiere on time.

Apart from the Portman news, Thor: Love and Thunder star Tessa Thompson recently dropped a major spoiler about the project. According to Cinema Blend, the actress let slip that Christian Bale has been cast to play the villain in the film.

“Yeah, yeah, I’ve read the script. I can’t tell you much,lots of exciting text messages exchanged between Natalie [Portman] and I. We’regonna have fun, we’re gonna have fun. Taika [Waititi] is writing and directing,some familiar faces, some new people into the mix, Christian Bale is gonna playour villain, which is gonna be fantastic. Yeah, it’s gonna be good,” shestated.

Marvel has not confirmed the casting, but we expect the studio tomake an official announcement in the coming weeks.

In the meantime, fans have been speculating about which villainBale might portray in the MCU. So far, the frontrunners include Mephisto andDario Agger, who is also known as Minotaur.

Plot details about Thor: Love and Thunder remain slim, so it will be interesting to see what Marvel has in store for Bale. The last time Bale worked on the set of a superhero flick was on Christopher Nolan’s The Dark Knight Trilogy.

What else do we know about ‘Thor: Love and Thunder’?

In addition to playing the fan-favorite Korg, director Waititi is returning to helm Thor: Love and Thunder following his success in Thor: Ragnarok. During an interview on Jimmy Kimmel Live, Waititi confirmed that his character will be back in action and assured fans that the movie will be “louder” than ever.

“It’s going to be bigger and louder and more bombastic,” Waititi shared. “It’s only interesting to me if we’re doubling down on how nuts Ragnarok was.”

Vin Diesel has also teased that his Guardians of the Galaxycharacter, Groot, might make an appearance in Love and Thunder. We haveno idea what other characters might enjoy a cameo, but it sounds like Marvel isnot pulling any punches on this one.

Thor: Love and Thunder is scheduled to hit theaters in November of 2021. Filming for the project was expected to begin this fall, though that might change in light of the coronavirus pandemic. Marvel has already delayed several projects in recent weeks, including Scarlett Johansson’s Black Widow.

Natalie Portman has not confirmed the rumors surrounding herreturn to the MCU in Thor: Love and Thunder.