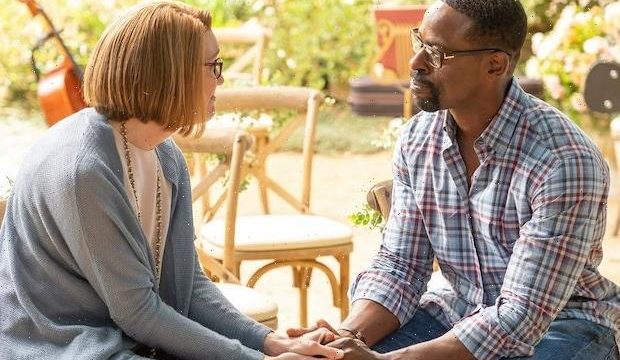 I’m just going to come out and say it: I don’t think any of us are ready for This Is Us‘ farewell season.

For as series creator Dan Fogelman shared with our sister site Deadline, just hearing the outline for Season 6 had NBC brass on the verge of ugly cries.

When pitching his plan for the acclaimed drama’s farewell run to execs over Zoom during the pandemic, “People were crying to the point that I wasn’t sure if I should keep going or not,” Fogleman related during Deadline’s Contenders FYC Q&A. “Cameras were shutting off, and I thought I’d lost people.”

What’s more, Fogelman himself got especially emotionally when putting the final season opener to page. “[I]t’s the second time I’ve cried writing the show,” he admitted, the first time being when penning the death of Randall’s biological father, William. “I was like, ‘Oh God, what’s happening?’”

This Is Us‘ final season premiere — which will air at midseason and kick off a nearly non-stop run of 18 episodes — is titled “The __________,” with the second, redacted and spoilery word being 10 letters long, Fogelman recently teased.

Fogelman also promised a good amount of closure during those final 18 episodes of the Emmy-winning (and once-again-nominated) broadcast drama.

“All the questions that you’re asking about Kate, and who’s Nicky [with in the flash forwards], and how does this end…. We’ve had it very carefully mapped out,” he asserted. “So, love it or hate it, we get to go out the way we’ve always planned on going out and executing the plan. I feel very confident in it, and I’m excited about this season.”

Want scoop on This Is Us, or for any other show? Email [email protected] and your question may be answered via Matt’s Inside Line.