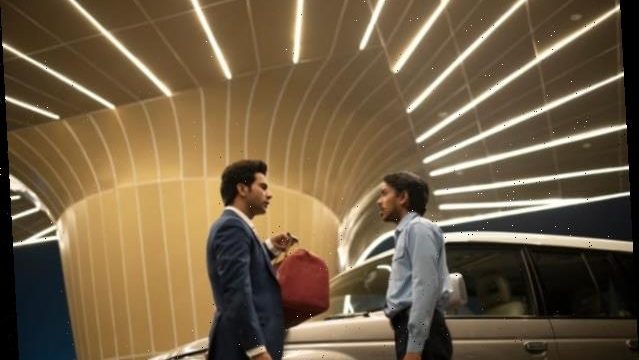 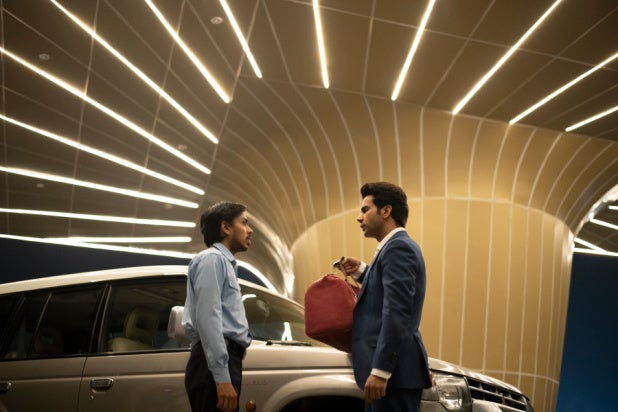 Online, the memes are about guillotines, and at the movies, the stories are about why rich people should care about income inequality, if only for their own continued survival. Alongside Michel Franco’s blistering “New Order,” coming later this year, we get “The White Tiger,” Ramin Bahrani’s caustic adaptation of Aravind Adiga’s acclaimed novel about the lengths to which one man will go to climb out of his caste.

For as long as there has been literature, there have been tales of penniless men who advance by diligent hard work, cleverness, love, and perhaps a little larceny, but those narratives rarely address why the hero was penniless in the first place. “The White Tiger” illustrates the extremes to which the poor are driven to violate the rigid class structure of India, with the implication that our hero and his methodology is perhaps the face of post-superpower capitalism itself.

“America is so yesterday; India and China are so tomorrow.” So says Balram Halwai (Adarsh Gourav, “My Name Is Khan”), narrating his story in an e-mail to Chinese premier Xi Jinping, who’s coming to India to meet entrepreneurs. Balram describes himself as a self-made success story, but his road to wealth was anything but smooth; growing up impoverished in a small village, his intelligence and literacy caught the eye of a benefactor ready to get the boy a scholarship. But when Balram’s father dies of TB after racking up debts, Balram is forced to work at a local chai shop.

He realizes that his only ticket out is to get a job as a driver for Ashok (Rajkummar Rao), the U.S.-educated son of the town’s landlord. While Ashok and his Brooklyn-born wife Pinky Madam (Priyanka Chopra Jonas) are initially kinder to Balram than Ashok’s brother and father, who think nothing of beating servants and generally treating them as subhuman, even this allegedly enlightened couple will exploit and discard Balram to suit their own selfish purposes.

Balram begins to plan his next move, and rather than judge or moralize about his extreme action, “The White Tiger” applauds him for his ingenuity and his determination. “New Order” shows massive wealth causing societal instability and leading to a fascist state in which money won’t shield you from a bullet; Bahrani and Adiga illustrate that working-class people stripped of options and opportunities will create their own in ways that their oppressors aren’t going to like.

The story only works if Balram obtains and maintains the audience’s sympathies, and Gourav’s empathetic and charismatic performance makes that happen. Whether Balram is acting obsequious (because that’s what he’s always been told he should be) or independent, Gourav effectively creates a character we want to see succeed.

It’s one in a series of memorable performances crafted under Bahrani’s auspices; the filmmaker has become known for his skill with actors, be they unknowns (the first-timers in low-budget indies like “Chop Shop” and “Man Push Cart”) or up-and-comers (“99 Homes” was a turning point for both Michael Shannon and Andrew Garfield’s screen careers).

Adiga’s complex feelings about India come through in Balram’s narration, and Bahrani underscores them with the help of cinematographer Paolo Carnera (TV’s “Gomorrah”) and co-editor Tim Streeto (“The Only Living Boy in New York”), taking the viewer back and forth between palatial luxury and devastating poverty; for every grand estate or lush penthouse, there are the unhoused and the desperate, finding shelter in train stations or alongside dusty roads. (And yes, there’s a disparaging quip about “Slumdog Millionaire.”)

Throughout the film, Balram refers to India’s poor as living in a rooster cage, knowing that doom is imminent but doing nothing to escape their fate, and that makes “The White Tiger” a cage-rattler in more ways than one.