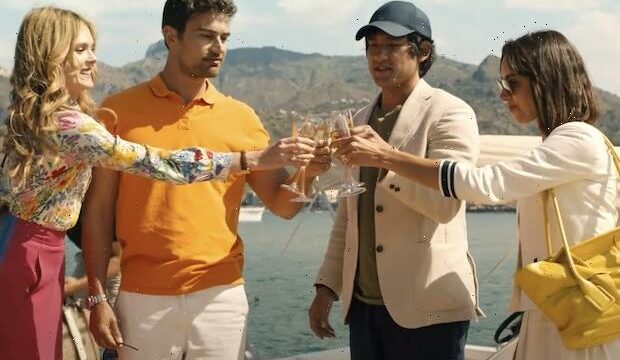 Jennifer Coolidge will not be the only familiar face checking back into The White Lotus. 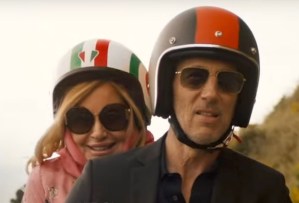 forthcoming Sicily-set second season. And said footage contains a bit of a spoiler: Jon Gries, who appeared in Season 1 as Greg, a guest who falls for Coolidge’s Tanya, will be returning as well. (The new couple rode off into the sunset together in the finale, but it was not known if their relationship survived to see Season 2.)

In the promo, which can be viewed below, Tanya can be glimpsed clutching Greg for dear life on the back of a motorcycle.

Also spotted in the video are new cast additions Sabrina Impacciatore (as Season 2’s ‘Armond‘), Aubrey Plaza (Parks and Rec) and Will Sharpe (Giri/Haji) as marrieds Harper and Ethan Spiller, and Theo James (Sanditon) and Meghann Fahy (The Bold Type) as marrieds Cameron and Daphne Babcock.

The refreshed ensemble also includes F. Murray Abraham (Homeland), Michael Imperioli (The Sopranos) and Adam DiMarco (The Magicians) as an elderly man, his son and recent college grad grandson; Tom Hollander (The Night Manager) as an English expat vacationing with friends and his nephew; Haley Lu Richardson (Recovery Road) as a young woman traveling with her boss (who reportedly may be Coolidge’s character); and Leo Woodall (Tom Holland’s Cherry) as a “magnetic guest” named Jack.

“I do think people will like [Season 2], based on the scenes that I’ve witnessed of other people,” Coolidge told TVLine in a recent interview. “I think people are really going to be riveted.”

The White Lotus recently racked up 20 Emmy nominations for its acclaimed first season.