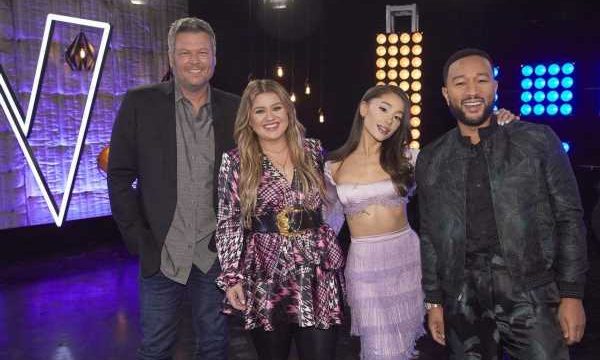 The Voice is one of the most popular shows on NBC today. Fans can’t get enough of the competitors, who are amongst the best and brightest in the music industry today. But The Voice also has a steadily rotating cast of judges. And, if you believe Vegas oddsmakers, this judge will be the next to leave.

Vegas oddsmakers are betting on Blake Shelton to quit ‘The Voice’

Blake Shelton’s odds of leaving The Voice are 2/3 (60% implied probability), according to betting aggregators US-Bookies.com. His odds to not leave are 11/8 (42.1%), suggesting it’s more likely that he’ll be the next host to leave the show.  Part of their wager has to do with things that Shelton has said, recently, about his tenure on the show. In an interview with The Today Show (via The Sun), he implied that he’d like to leave the show sooner rather than later.

“I hope that’s not too far down the road,” he said to the popular morning show. “Ten years sounds like way too long to me. I’d like to see that sooner than later.” He also said that he’d like to spend time with his new wife, Gwen Stefani, now that he’s a happily married man.

“Fans have been speculating about Blake Shelton’s time on the show, especially after a recent conversation he had with new coach Ariana Grande,” said a US-Bookies.com spokesperson, exclusively, to Cheatsheet. “The odds appear to support the rumors, as Blake Shelton’s odds of leaving suggest it’s more likely than not.”

Blake Shelton is the only original judge left on The Voice. So, if he does leave, his departure will leave a hole in the show. He just entered his 21st season of the show. As he was one of the original coaches when the American version of the show began in 2011, this aligns with US-Bookies’ recent study finding that male coaches typically last longer than female coaches on the show.

“In looking at all the coaches in the show’s 21-season run, we found that male hosts on average stick around for 7.9 seasons, while females stick around for only 3.6,” says a US-Bookies spokesperson. “This means that male coaches stay on the show on average 4.2 years longer than female judges, which is the biggest male-female difference among all countries who have produced a season of The Voice.”

Shelton hasn’t commented about the bets

In the past, Shelton has fueled speculation about his departure from The Voice. However, as of this writing, he hasn’t commented on the possibility of him leaving. We will, however, follow up in the near future and see if that’s exactly what he does.

For now, however, you can catch Shelton, Grande, Legend, and Clarkson as judges on The Voice.