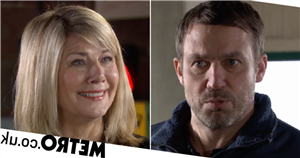 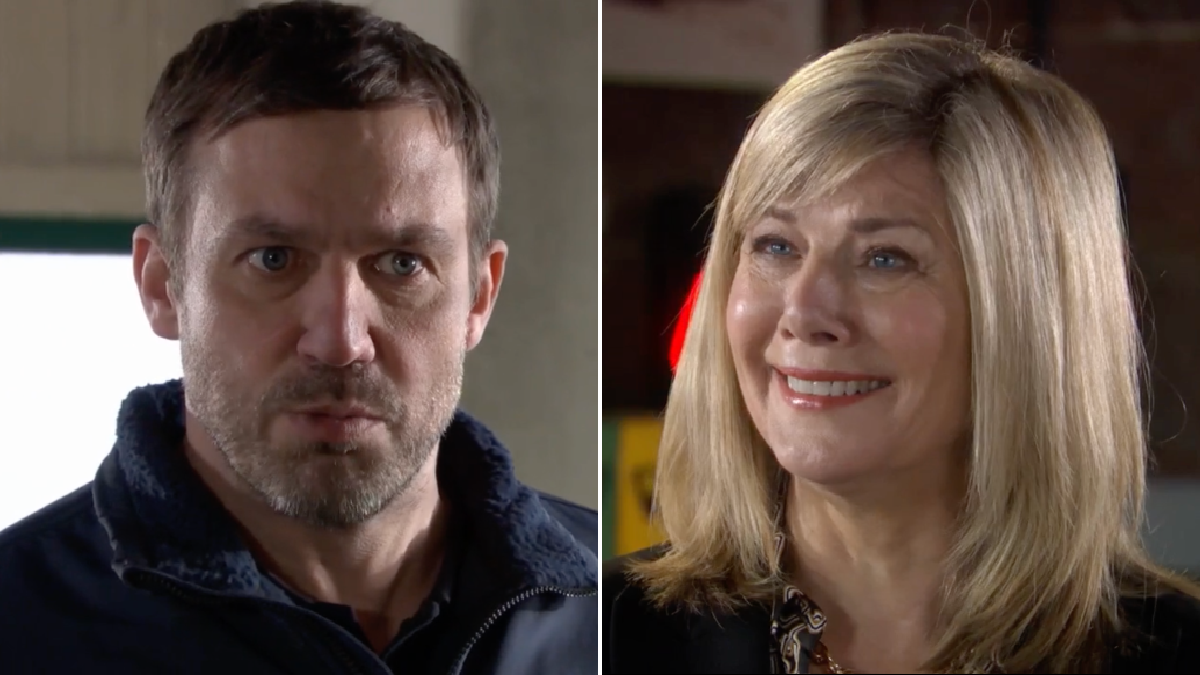 The Undertaker (Glynis Barber) crossed paths with Warren Fox (Jamie Lomas) for the first time in Hollyoaks, but it appears as if she knows a lot more about the village’s resident bad boy than she’s letting on.

The show’s new baddie, also known as Norma, left both Warren and Sienna Sienna Blake (Anna Passey) at their wits end, when she kidnapped Sophie and Sebastian.

Her aim was to teach Sienna a lesson, after the former school teacher implicated the dangerous criminal in a murder investigation in order to divert attention from herself and Ste Hay (Kieron Richardson).

Sienna asked Ste for assistance in searching for her missing children, while Warren did all he could to track down this mysterious Undertaker.

The Undertaker, however, found him first.

Entering the garage, Norma introduced herself, before admitting that she knows all about Warren, as his reputation proceeds him.

Warren berated her for crossing him, but Norma was simply unfazed by his display of anger, remarking that she could use someone like him on her team.

She even offered him a job!

Warren was quick to decline her offer, but Norma isn’t giving up without a fight, telling Sienna that she and Warren will make the perfect additions to her business.

After Sophie and Sebastian were returned safely, Norma left the village once more, but not before taking one final lingering look at Warren.

Just how does she know about his dodgy reputation? What’s more, why is she so adamant that he must be on her team?

Is there more to this than meets the eye? Or is Norma simply keen on assembling her very own team of murderers?

Only time will tell.

Hollyoaks continues Friday May 27 at 7pm on E4.