You only get to end the world so many times. As much as the apocalypse has reared its ugly head across TV series in the past six months — not to mention the preceding years — there are ways to spin the dread of an imploding planet into a compelling story. There just have to be things worth saving.

In its first season, the Netflix series “The Umbrella Academy” (based on the comics series from Gerard Way and Gabriel Bá) followed its source material predecessor and zeroed in on a handful of adopted family members with incredible abilities. Faced with certainty that a cataclysm of explosions and fallout would come to pass if this ragtag group didn’t act as one, wouldn’t you know it, their actions caused the dang thing.

Season 2 burdens this misfit family of Hargreeves with the same directive: prevent global catastrophe. What makes this new round of episodes a slight improvement upon those that came before it is splitting these siblings apart. Flung across time by the same gambit that spared them from annihilation in the opening season’s timeline, the quick thinking of Five (Aidan Gallagher) ultimately leads to each of them hurled into the same Dallas alleyway in separate years across the early 1960s. As each of these brothers and sisters adjust to new lives in this timeline, separate from each other, some realize the version of history they’re experiencing is about to veer from precedent. 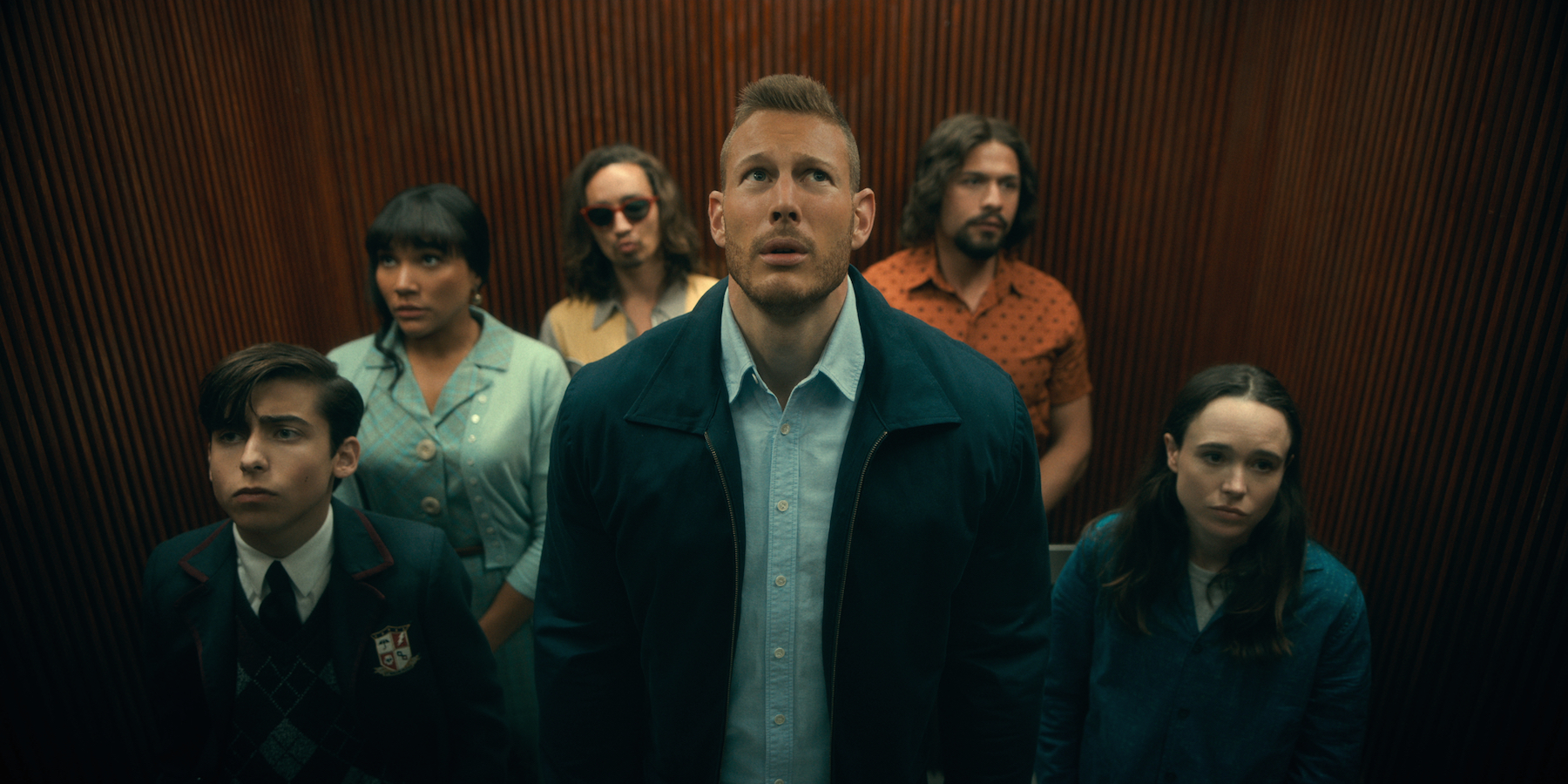 If “early ‘60s” + “Dallas” + “catastrophe” seems like a recognizable formula, well, the same is true for knife-curving Diego (David Castañeda), who spends his time away from the group trying to convince locals that a certain impending caravan through town might just be a bad idea. Diego’s newfound interest in the safety of public figures is just one thread of Season 2 that hints at a possible reinvention in the early going. Where “The Umbrella Academy” was previously bogged down by family bickering and finger-pointing, seeing these screwed-up superheroes on their own seems like the perfect antidote.

When it comes to Klaus (Robert Sheehan) — still in a codependent love-hate cross-dimensional stand-off with dead brother Ben (Justin H. Min) — Season 2 cashes in on its leverage and follows what the clairvoyant enfant terrible would do if freed from the necessity of using his powers to avert crises. It’s unlikely that an underground fight club featuring an undefeated massive half-ape wouldn’t turn a few heads in Texas, but there’s Luther (Tom Hopper), taking out his aggression for some under-the-table cash. Vanya (Ellen Page) and Allison (Emmy Raver-Lampman) each fashion new lives for themselves, albeit with different amounts of memories from their past existence.

When Five once again tries to assemble the family troops to prevent the unpreventable, this time it feels even more like a mistake. Allison’s fighting Jim Crow injustices, Klaus is weaving through countercultural epicenters, and the focused time period leads to fewer directionless needle drops. It’s undoubtedly a more interesting show with this crew all torn apart, but its team-up DNA demands that they all come together for One Last Stand. The insidious thing about a conspiracy is that it’s never really over.

Adding to the rinse-repeat pitfalls as Season 2 progresses is a group of assassins sent after the assorted Hargreeves. Gone is the Hazel/Cha-Cha banter which, despite our own Ben Travers’ assessment of the hired gun pair in Season 1, did at least provide some narrative counterbalance amidst the Hargreeves chaos. In their place is a silent trio of Swedes meting out destruction whenever they and plot machinations deem fit. “The Umbrella Academy” is always going to be built on spectacle — the kind brought about in a hail of slo-mo machine gunfire is rarely the preferable option. 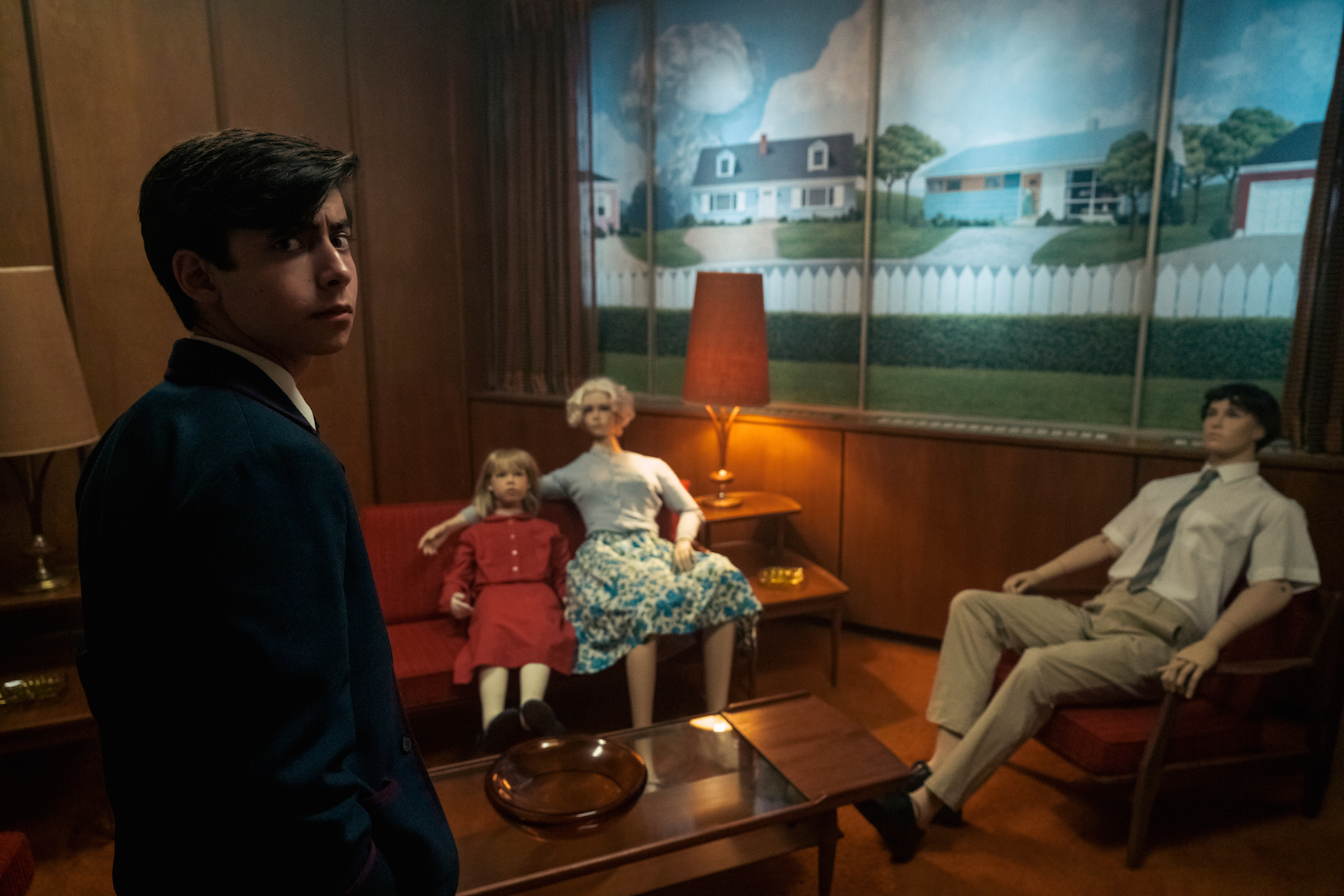 Instead, the strengths of the season lie in how that off-kilter spirit is used to craft something other than destruction. Sheehan’s madcap energy is slightly subdued from the last go-around, but Klaus’ sense of humor has long felt like the best guiding force for the series overall. Gallagher is as close to an anchor as the show has, partly because he manages to strip away the conspiratorial nonsense and get to Five’s far more compelling world-weariness underneath. And Season 2 cast arrivals Marin Ireland and Yusuf Gatewood are welcome additions to a show that rarely has time to acknowledge the lives of people that exist outside of the metaphysical bubble.

The biggest problem is that Season 2 of “The Umbrella Academy” can’t help but be rooted in escalation. When this season inevitably drops its anthology-ish separation, the only way forward is to make everything bigger. The intro of this season gives a sneak peek at the potential nuclear extinction event awaiting Bizarro Sixties, but it turns out that’s just one flavor of haphazard cacophony that all these jumbled, superpowered anxieties are building toward.

For a show with an occasionally impressive exterior (the interplay between Klaus and Ben gets an impressive-looking added wrinkle), the emotional heartbeat underneath is largely absent. Part of that comes from being stretched thin enough that characters without a well-established core are often left flailing, but it’s mostly due to the show’s continued affinity for the reset button. Unlike another recent Netflix offering primarily concerned with time-traveling apocalypse prevention, the psychological toll of that constant cycle is usually shrugged off. Instead, “The Umbrella Academy” is left as a show that robs itself of any meaningful past or future. When all that’s left is the constant, oppressive cloud of the End Times hovering overhead, that doesn’t leave many effective options for the present.

“The Umbrella Academy” Season 2 is now available to stream on Netflix.