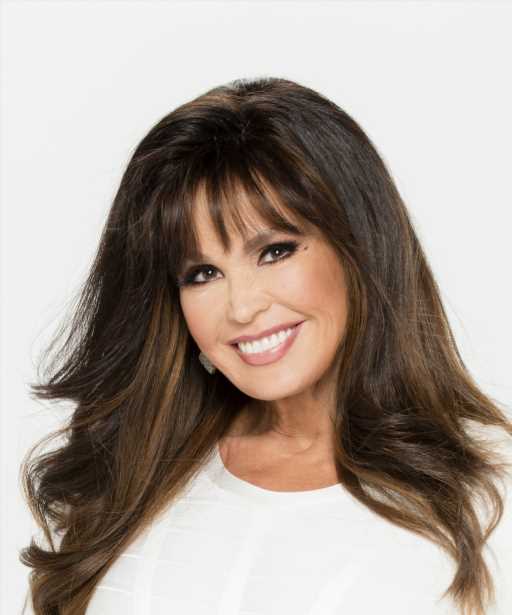 CBS’s The Talk finally confirmed on air that Marie Osmond is taking the seat left vacant by exit of Sara Gilbert.

Osmond is joining Eve, Carrie Ann Inaba, Sharon Osbourne and Sheryl Underwood. She’s no stranger to the show, having guest hosted more than 40 times over the years. Gilbert announced last month she is departing the show at end of Season 9, and Osmond joins when the series returns for Season 10.

Osmond and her brother Donny currently have a residency at the Flamingo in Las Vegas, where they do five shows a week; the siblings announced that 11-year run will end in November.

Osmond, maybe best known on TV these days as the face of NutriSystem diet plan, previously had guest hosted on The Talk, and ratings responded. Word she would be named new co-host surfaced last week.

It’s not Osmond’s first time co-hosting a series. She and her brother starred in the variety show Donny & Marie in the late 70s; they teamed again in the late 90’s to co-host a talk show that ran two seasons.

Among her TV gigs, Marie Osmond also did a 2007 turn on ABC’s primetime Dancing with the Stars.

Angelica McDaniel, Executive Vice President, Daytime Programs, and Syndicated Programs Development, CBS Entertainment and CBS Television Distribution called Osmond “the perfect addition to the show” owing to her “willingness to be authentic and share personal triumphs and struggles with honesty in the hopes of helping others always resonates.”

Or, as Osmond put it: