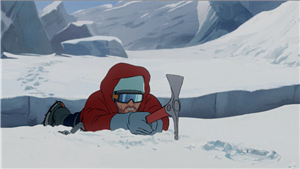 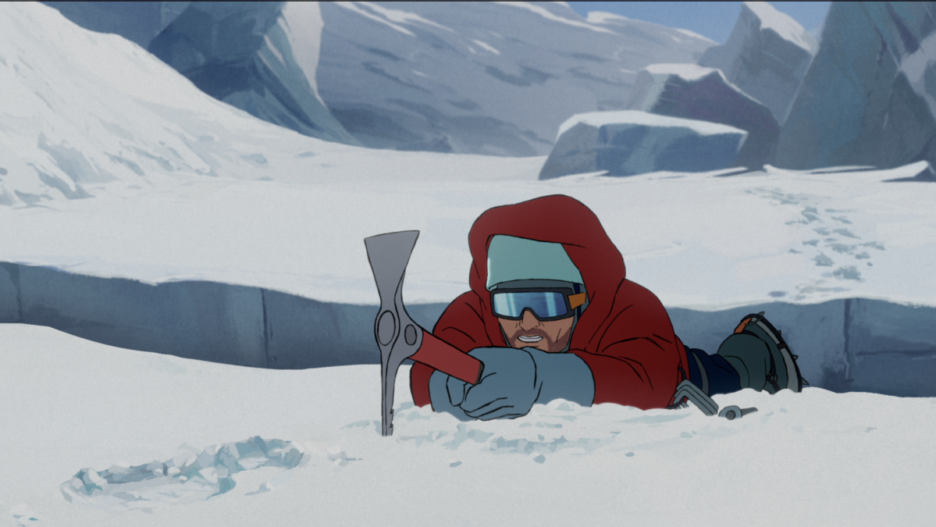 This review of “The Summit of the Gods” was first published on Oct. 22 after its debut at the Animation is Film Festival.

On the verge of death, dangling from the side of a mountain, obstinate climber Habu (voiced by Eric Herson-Macarel) demonstrates a superhuman will to survive. The possibility of perishing is more bearable than that of never completing his ascent. Logically incomprehensible but spiritually resonant, his unwavering resolve leads “The Summit of the Gods.”

The animated sports drama plays like a documentary, with solemnity comparable to “Flee,” another of this year’s mature animation standouts, or the lyrical “I Lost My Body.” Elegantly conceived, it’s an exploration of the desire to discover, see, or do something no one else has.

Filmmaker Patrick Imbert, one of the co-directors of “The Big Bad Fox and Other Tales” and the animation director on titles such as “Ernest & Celestine” and “April and the Extraordinary World,” takes on this saga — based on the manga by Jiro Taniguchi and Baku Yumemakura — often prioritizing the experiential. Characters are fictional, but detailed information on the nuts and bolts of mountaineering, its notable figures, and sought-after treks imbue necessary facts as an organic crash course. 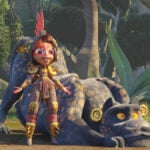 Narrator and participant Fukamachi (Damien Boisseau), a Japanese magazine photographer, comes across a man in Nepal claiming to have found a camera that belonged to George Mallory, a real-life mountaineer who in 1953 attempted to climb Everest but disappeared. That fruitless encounter connects Fukamachi to Habu, by this point in the story’s timeline a perplexing figure whose whereabouts are unknown.

Agile in its structure, Imbert and co-writer Magali Pouzol alternate between Fukamachi’s tireless search for Habu in the 1990s and flashbacks to the latter’s youth. The dexterous climber’s extreme competitiveness, manifested as disregard for his companions, resulted in earned isolation. Later, on the other side of a tragedy, the already withdrawn man becomes a recluse. The former hobby settles as the all-consuming purpose of his existence, even after his main rival Hase (Marc Arnaud) stops being in the picture.

But the film is just as much about Fukamachi’s obsession with meeting Habu and inquiring about Mallory’s camera. Parallel adventures unfold. A montage of both of them packing, one mountain gear and the other photographic equipment, implies they are not all that dissimilar. However, there’s a lack of context on how Habu became so devoted to this activity, beyond a childhood snippet, to anchor his unreasonable escapades psychologically. The same vagueness about his fervent interest is applied to his journalistic counterpart. 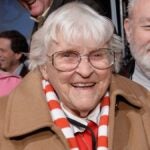 Moody lighting in the gorgeously imposing nature panoramas — and in the backgrounds in general — accentuates the wide milieu of snow-covered slopes, starry skies, and massive rock formations. Each shot could easily be framed as a painterly landscape closer to realism than anything magically envisioned. Only once does “Summit” veer into hallucinatory terrain. Similarly, the character design is minimally stylized with a sober look that matches the tone. Its commitment to a muted aesthetic and thematic gravitas reaffirms animation can be employed in service of any and all genres.

Imbert makes us hyper-aware of the era through the prominently featured bygone technology and other production-design elements: Fukamachi’s Walkman, desktop computers, and VHS tapes. What’s most significant about the time period resides in the need for a photographer to document the enterprises before smartphones were around.

Scenes purely dedicated to showcasing the climbing, both in Habu’s past and in the culminating third act that unites both individuals, feature almost no dialogue or voice-over. Amin Bouhafa’s shape-shifting score traverses a melancholy melody, with staccato percussions and instrumental rock profoundly influencing our sensorial perception of these sequences. 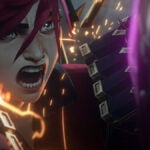 Their awe-inspiring grandeur, even in drawn form, deliver us into the primal state of these men going against the elements for no other reason than their arrogance to defy some of the earth’s most inhospitable corners. Imbert carves palpable tension from exhaustion, the sight of a rope about to snap, and angles only plausible in animation. Danger permeates.

Habu’s end-all pursuit hinges on the unspoken principle that satisfaction is unattainable, that the thrill of an escalating challenge is the point. When getting higher up a peak isn’t enough, then there’s the option of attempting it without oxygen, doing it at the worst possible time of the year, taking the most difficult face of the mountain, climbing alone, or in the case of the most daring among them, free soloing (without any protective measures). Increasing the risk, in their minds, amps up the value of the feat.

Though it’s certainly difficult to sympathize on a rational level — why risk dying for the chance to reach altitudes for which the human body wasn’t created — “The Summit of the Gods” excavates striking beauty from such acts of madness convincing us of its transcendental connotations by momentarily placing in the headspace of someone at the literal top of the world after witnessing the bafflingly perilous road there.

“You can’t stop people from doing what they want. Even if it’s senseless,” a woman who lost a loved one to a mountaineering incident tells Fukamachi. Her utmost frankness, applicable here and in many other instances pertinent to the flawed human condition, ripples throughout the film. Imbert’s first solo feature, a majestic expedition of both indomitable nature and the soul, is emotionally gratifying because it doesn’t pretend to decipher fully a person’s impetus to conquer the insurmountable for the silent glory of knowing it was accomplished.