The Queen’s Gambit will star Peaky Blinders actress Anya Taylor‑Joy in the lead role of chess prodigy Beth Harmon. The series is based on the book of the same name written by author Walter Tevis in 1983. Here’s everything you need to know about The Queen’s Gambit on Netflix.

The Queen’s Gambit focuses on the fictitious life of orphan Beth Harmon (played by Anya Taylor-Joy).

Following her from eight to 22, Beth starts off as a young girl in an orphanage which is where she picks up her interest in chess.

Viewers will see how she grows from girl sailing through tournaments in the 1950s to a young woman who is wowing audiences throughout Europe in the 1960s.

However, Beth has a secret which she needs to keep quiet in order for her to keep playing. 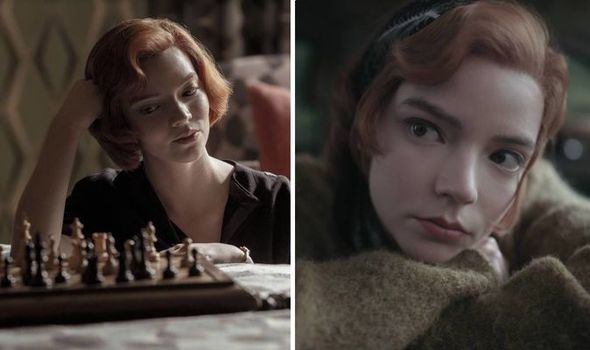 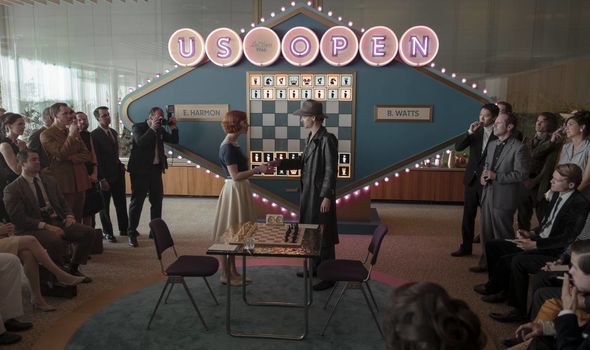 Beth is addicted to tranquillizer pills which she claims is the reason why she wins.

She first started using them after another girl said they were the best way to calm down her nerves.

But over time, Beth becomes addicted to taking them and puts her future in chess at jeopardy.

So will she be able to recover and put the pills behind her or will it lead to Beth’s downfall? 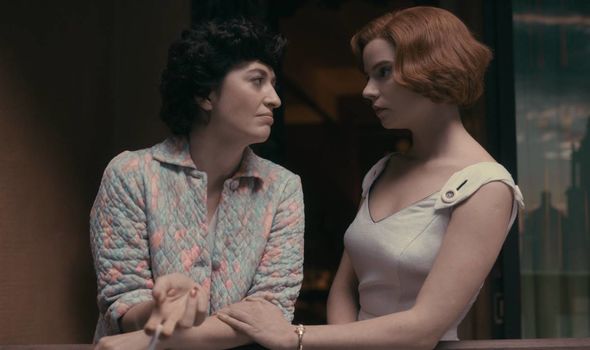 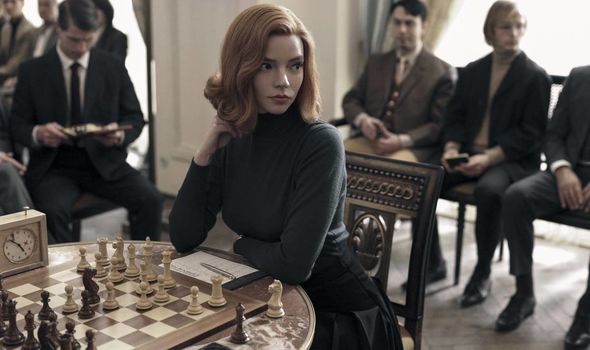 How many episodes are in The Queen’s Gambit?

The Queen’s Gambit will be released on Netflix on Friday, October 23.

The new mini-series is made up of six episodes which are going to be released at the same time at the end of the week.

Actress Taylor-Joy has revealed the show is around seven and a half hours long so the running time of each instalment varies.

Subscribers will be able to binge-watch the series once it has been released.

DON’T MISS…
Harry Potter REUNION: Draco Malfoy star on bringing cast back together [REUNION]
Away Netflix cancelled: Why has Away season 2 been cancelled? [CANCELLED]
Lucifer star Tom Ellis reveals when he was ‘at my lowest ebb’ [CAST]

Original Netflix content comes out at the exact same moment across the world but the time is different because of time zones.

UK fans will be able to enjoy the show from 8am BST (British Summer Time) onwards.

As the majority of Europe is around one hour behind the UK, The Queen’s Gambit will be out for these subscribers at around 9am.

Speaking to Den of Geek about the role, Taylor-Joy said: “For her, it [chess] is life or death.

“So I definitely felt the pressure, and then—whenever she’s playing with somebody—the power high of that.”

The Queen’s Gambit will be available to watch from Friday, October 23, on Netflix.