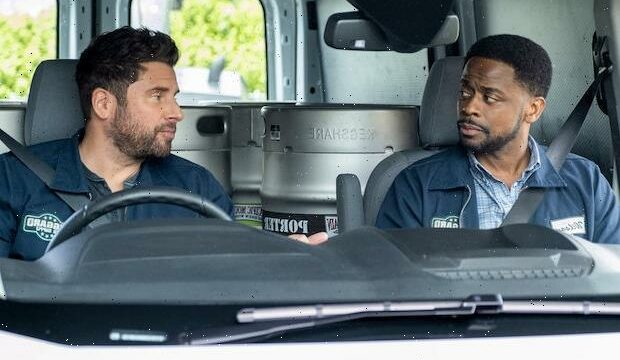 There is a plan for Psych 4. It is, however — as it has been the last two times — up to Peacock to officially greenlight another movie sequel.

Psych: The Movie premiered in December 2017 on the series’ original cable home, USA Network. Psych 2: Lassie Come Home followed in July 2020, as a Peacock Original. Similarly, Psych 3: This Is Gus, which arrived just this week, debuted on the Peacock streaming service.

So what is the plan for a possible fourquel, on the heels of Psych 3 delivering a baby for newlyweds Gus and Selene?

“Of course, they haven’t greenlit any of these,” he noted, “but when they call, we’re ready.”

Given the events of Psych 3, Hill said, “I would really like to see how all of our characters respond to being Uncle Shawn, Uncle Lassie, Aunty Jules — seeing how are they all reacting to having this new child in the world. You know this child is going to be right there in the thick of it. Somebody has to be watching the baby.”

So, is it not yet time for Psych to follow The Fast and the Furious‘ lead and (kinda) venture into space…?

Fielding our tongue-slightly-in-cheek suggestion, Rodriguez, who has co-written all three Psych movies (as well as 16 episodes of the USA series), said, “We’ve been very mindful of grounding all three of the movies in character development, because I think that’s important once you transition from series to movies and there are years in between.

“But now that we’ve done three of them, we’ve probably earned a chance to do a bit of a departure, just like we used to do on the series,” he allowed. “Once or twice a season we would take a swing that was kind of ‘out there,’ and it would either land or not land — but when you’re doing 16 [episodes], it wasn’t as big of a deal. But I do think if you line up all these movies together at the end of the day, however many we end up doing, there should probably be one that stands alone on an island as our Halloween III, where you’re like, ‘That one was weird.’ I feel like we’re getting close to doing that one.”

Whatever Psych 4 turns out to be about, Hill has heard at least one solid suggestion for a title.