Mike Myers returns to doing what he does best in his upcoming Netflix limited series, The Pentaverate. In true Myers fashion, the actor will again play multiple characters in the series. Besides Myers playing a majority of the series character, The Pentaverate stars an array of well-known Hollywood actors in its star-studded main cast. Here are the series’ leading actors and what roles they will play.

On March 16, 2022, Netflix released the official trailer for the Myers series. The Pentaverate’s storyline is based on the inquiry of “What if a secret society of five men has been working to influence world events for the greater good since the Black Plague of 1347?”

What the world thinks are mere accidents, mother nature, or coincidence are actually the decisions of a secret organization known as The Pentaverates. Some viewers might find an eerie similarity to the infamous Illuminati. In the series, an unlikely Canadian journalist finds himself in the middle of saving the world from catastrophe and exposing the secret organization. 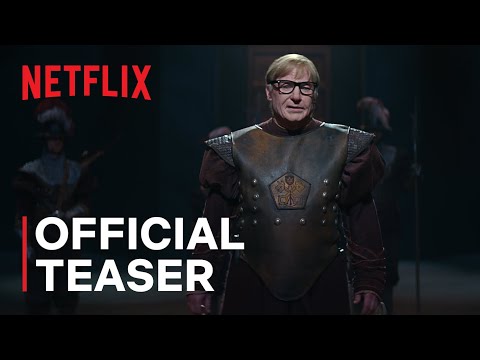 The Pentaverate has a unique cast list of well-recognized actors that will have any viewer wanting to tune in to the comedy series. According to TV Line, Myers will play roughly seven or eight different characters. After all, Myers became well known for this style of comedy because of his Austin Powers characters.

One of Myers’s leading characters is the Canadian journalist Ken Scarborough and others like a theory enthusiast Anthony Lansdowne. Keegan-Michael Key joins the actor as Dr. Hobart Clark. The Pentaverate recruits the character to solve climate change. Suspicion actor Lydia West will star as Reilly Clayton. Reilly is a young woman who works at the news station with Ken.

Younger actor Debi Mazar will play the role of Patty Davis, the highly trusted Executive Assistant to the Pentaverate. The Pentaverate cast also includes comedian and actor Ken Jeong as a casino mogul who knows everything about weather pattern theories. Richard McCabe will Exalted Pikeman Higgins. The character is the head of the society’s security force.

When will ‘The Pentaverate’ premiere on Netflix?

With the main cast and the characters of The Pentaverate mapped out, all that is left to know is when the series will premiere. The trailer says The Pentaverate will premiere in early May on May 5, 2022. It will consist of six episodes seeing as it is a limited series.

Fans will have some time to get excited for the series as more details emerge and more trailers are made public.