Masked Singer fans have been guessing who exactly is behind Queen Bee’s mask ever since she first appeared on the show. Now, her identity was finally revealed in the finale (Saturday, February 15) episode – here’s what you need to know about the character. 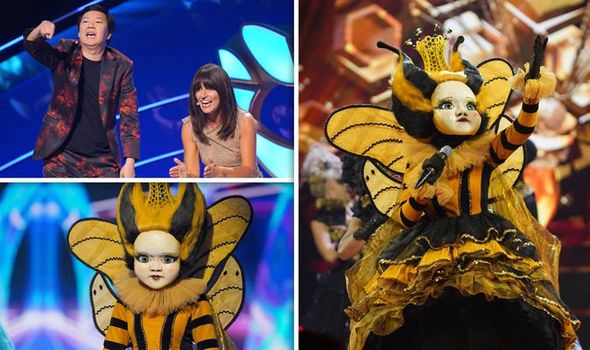 Who is Queen Bee on The Masked Singer?

The final episode of The Masked Singer aired tonight on ITV as viewers saw the three remaining contestants take to the stage.

This saw Hedgehog, Octopus and Queen Bee all battle it out to win the ITV singing competition.

After coming in first place, Queen Bee was revealed to be Nicola Roberts.

Speaking after she was unmasked, Queen Bee said: “I’ve loved it. I mean guys it piping hot in there!”