Group B will get another chance to impress the judges next week on The Masked Singer, but some eagle-eyed fans have already set their sights on some major players in Group C. Before the fourth season continues on Fox on Wednesday, a first-look reveal on Instagram may have sealed the celebrity under the Mushroom mask.

This year’s second instalment of The Masked Singer US has already proven to be incredibly eventful.

Fans were in meltdown mode when Hollywood legend Mickey Rourke stormed off stage in the first round.

Plus, last week’s episode caused a storm when Robin Thicke failed to recognise the Giraffe, who turned out to be the judge’s close friend Brian Austin Green.

This Wednesday, Group B will return to the stage with Whatchamacallit, Serpent, Baby Alien, Crocodile and Seahorse left in the competition. 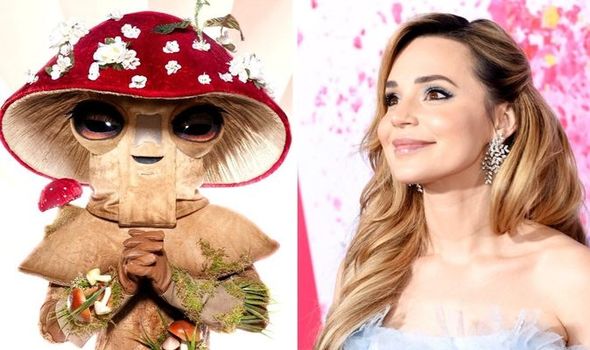 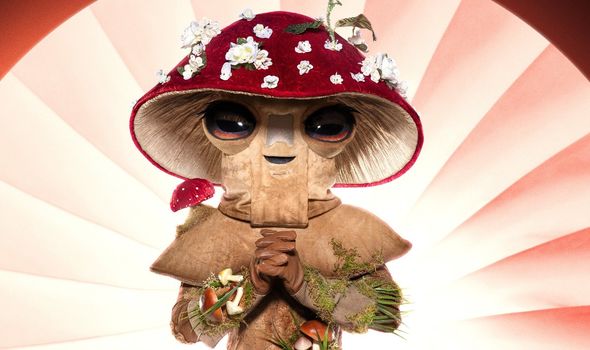 Meanwhile, viewers have already started picking apart the clues for Group C, who will make their debut on Wednesday, October 28.

Among the fresh bout of costumed celebs is one of the series’ most fantastical outfits yet, the mystical Mushroom.

The elaborate costume was previewed in the Mushroom’s clue video, which puzzled viewers with a reference to hats and warned trying to guess their identity would be ‘nothing but trouble’.

However, a preview posted on Instagram during the run-up to Mushroom’s official reveal on Fox may hold a key clue to solving their identity. 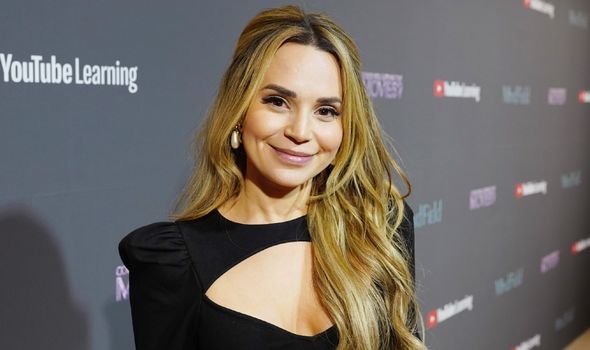 Fans launched into discussion when a tasty recreation of the Mushroom costume was unearthed by Sideserf Cake Studio on social media.

The uncannily realistic recreation offered a preview of the star’s magical costume, but could also be another clue to add to the growing list.

Upon seeing the new post, Redditor Sassmaster8000 asked: “Did anyone else look up the bakery that posted the mushroom cake/costume?

“It’s located in Austin, Texas and I’m wondering if that’s a clue.”

The studio’s Austin connection, as well as Mushroom’s distorted accent in the video, have convinced some fans the celebrity is located down south.

Additionally, the famous fungi’s multiple connections to food have led to some alternative theories.

Another Redditor proposed: “I’m kinda wondering if the mushroom is a celebrity chef or perhaps someone who hosts on the Food Network. Just from the weird flex with the cake.”

In reply, another viewer suggested: “I was thinking maybe even Rosanna Pansino, I believe she’s trained in opera.”

Presenter of one of the most popular baking channels on YouTube, Pansino would be an ideal celebrity candidate for this season of The Masked Singer.

As well as recreating classic meals from the movies on her show, Pansino’s body type fits what we’ve seen of the Mushroom, and has even proved she’s got the vocal chops to take on the competition.

However, there’s still some debate to be had, as Pansino isn’t based in Texas.

Plus, another fan was quick to point out the YouTuber is just 4’10’’ in height, so the theory could be swiftly debunked when the Mushroom takes the stage with 6 foot host Nick Cannon.