This week’s House of the Dragon is, to put it lightly, a doozy. It’s the first episode of the season that doesn’t jump forward in time from the episode prior, and it gets almost all the characters we like in one place to really stir the pot. And the ending of the episode is one of the most fun “twists” House of the Dragon has given us this season. But what does it mean for the future of the show?

[There are spoilers ahead for the end of episode 7. You’ve been warned!]

What happens in the show:

Daemon approaches Laenor’s boyfriend/lover Qarl with a plan. He tells him that there are places across the Narrow Sea where people don’t care about title, just money, and he has a proposition that could make Qarl a man with a lot of money. He says that he needs a murder with a lot of witnesses, but, and this is important, he doesn’t actually specify that the body needs to be Laenor’s. More on that later. 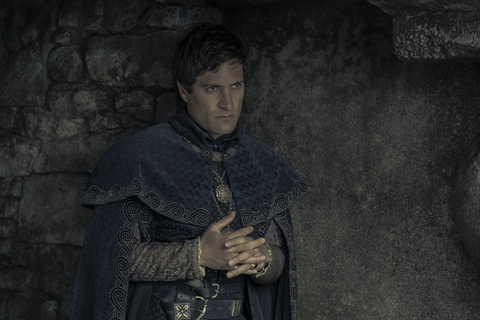 Then, we watch the plot to kill Laenor unfold. Someone who appears to be Daemon (it’s hard to tell because it’s shot from above) strangle a guard to death. After that we go to the Driftmark throne room, where Qarl and Laenor are suddenly pulling out swords to duel one another. A separate guard is witnessing this, and when he sees the men start to fight, he runs for help.

Next, we see lots of people run into the throne room, including Laenor’s parents Corlys and Rhaenys. There’s a body literally burning in the fire place, and it’s assumed that it’s Laenor’s. Qarl has fled the scene, Rhaenys is screaming out of grief, it’s a whole thing.

Then, we see two men running towards a small boat on the beach, and I assumed it was Daemon and Qarl escaping so they’re not implicated in Laenor’s death. But wait! Man #2 pulls off his hood and it’s… drumroll please… Laenor! Who is alive!

What happens in the book:

Okay, before we get into the theories about how this happened or why, it’s worth noting that this is pretty different from what happens in the book. The book this series is based on is written from the point of view of multiple unreliable narrators, and when it comes to Laenor’s death, the book states that Qarl murdered Laenor at a fair in Spicetown, not in Driftmark. And the narrators recount it three different ways, one of which is that Princess Rhaenyra and Prince Daemon paid to have Qarl kill Laenor so that they could get married. But in every retelling of this in the book, Laenor is actually dead. Like, for real dead. Not like we have in the show.

Laenor being alive raises some questions. This could have gone two ways, in my opinion. Either Daemon could have approached Qarl and all three men hatched this plot together with Rhaenyra’s approval, or Daemon truly did want Laenor to die, but Qarl didn’t want to kill his own boyfriend, so those two made this plan on their own. Personally, I don’t think Daemon is a good enough person to want to spare Laenor’s life. That doesn’t gel with his character thus far, but when he first went to Qarl, he didn’t technically say that Laenor needed to die, basically just that they needed a body and they needed witnesses. And Rhaenyra does remind Daemon earlier in the episode that she does care about Laenor. So maybe that’s what happened! 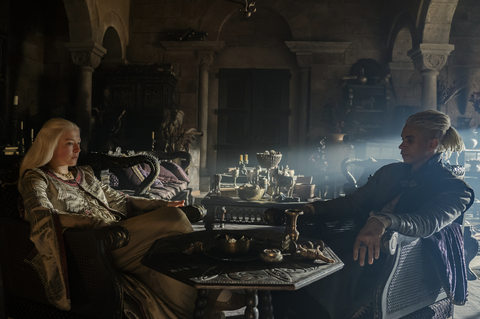 But either way, the fact that he’s alive is a big departure from the book, and it gives the show an option to bring him back in the future to mess with other characters, which is fun. And there are very few openly gay characters on this show, so it’d be really unfortunate if one of them ended up dead at the hands of another. It’ll be fun to see what they do with this storyline going forward. Who will find out Laenor is still alive, and when? Hopefully we get more answers next week.